When the price of U.S. oil crashed below $0 on Monday, lefty Rep. Alexandria Ocasio-Cortez (D-NY) sent out a disgusting tweet praising the coronavirus-induced crash. 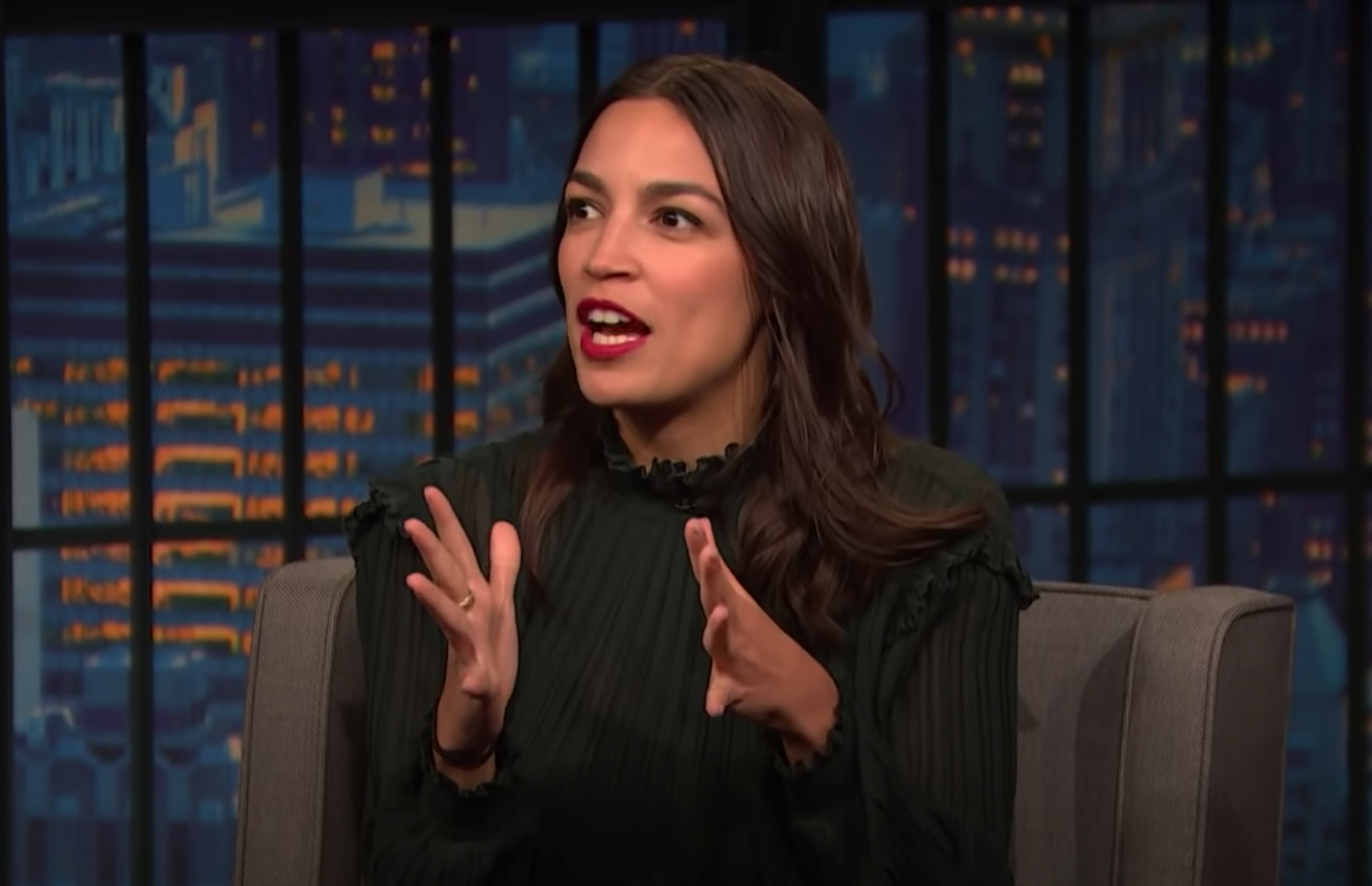 She later deleted the tweet, and the cat caught all three major evening news broadcasts by the tongue.

AOC’s vile tweet was a response to another tweet suggesting that “oil producers have to pay people to take [the oil] off their hands,” according to Market Watch. She said, “You absolutely love to see it. This along with record-low interest rates means it’s the right time for a worker-led, mass investment in green infrastructure to save our planet. *cough*,” in a tweet at 12:34 p.m. Monday. NBC Nightly News, ABC's World News Tonight and CBS Evening News all ignored reporting it for two days.

The outlets did find time to report on other things in the ongoing coronavirus coverage.

CBS anchor Norah O’Donnell actually took seventeen seconds of airtime to do a segment asking viewers Monday what they would "like to know more about.” Really. O’Donnell said towards the end of her broadcast: 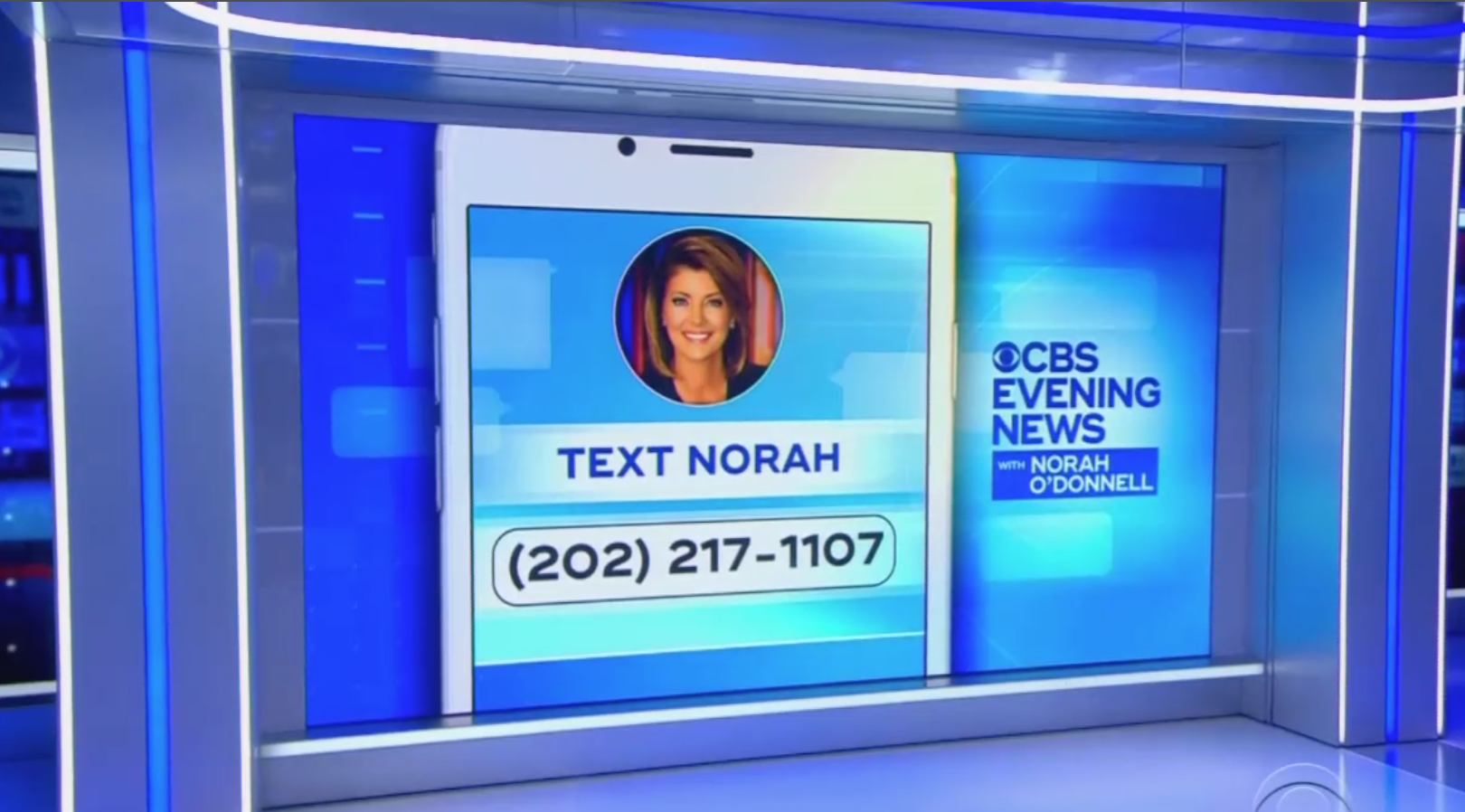 Tonight we're trying something new at the CBS Evening News. With everything going on, I'm looking for new ways to connect with all of you. So I want you to be able to text with me. You can share what you would like to know more about, and I'll share with you some of the things that interest me.

Monday’s edition of NBC Nightly News went after what the network labeled “conservative activists” in states across the country for lambasting the prolonged stay-at-home orders. NBC News Correspondent Stephanie Gosk bleated that an “NBC News analysis of Facebook revealed that a family-run network of pro-gun groups is behind five of the largest pages dedicated to the protests. Some experts believe these groups are taking advantage of people’s fears.” 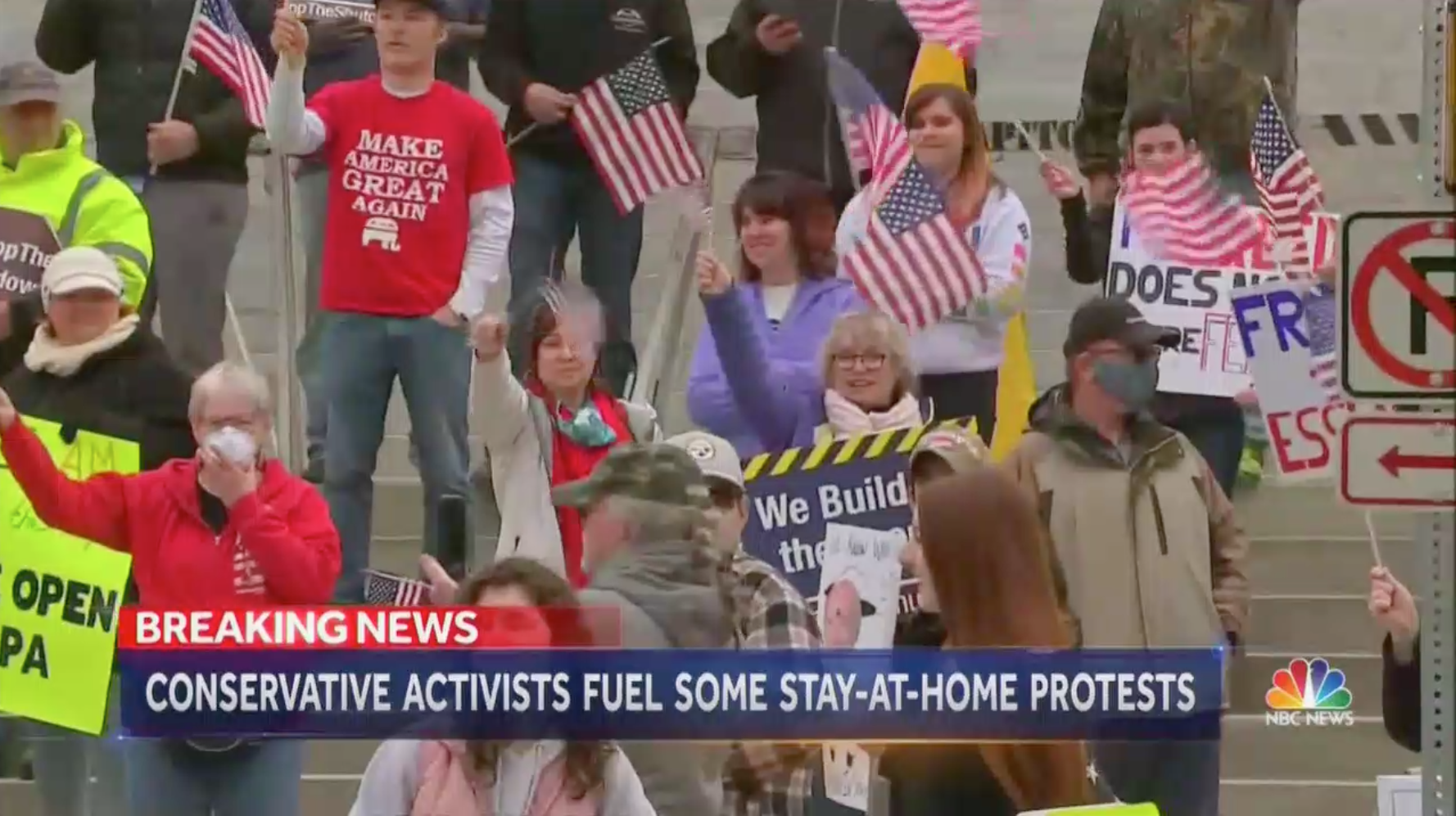 Was AOC taking advantage of the oil crash to push her Soviet-style, $93 trillion-dollar green vision for the U.S.?

Monday’s edition of World News Tonight also found time to take a shot at protesters. ABC News Correspondent Whit Johnson quipped: “Day after day, we’re seeing back to work protests breaking out -- some larger than others, many echoing the words of the president, who has egged them on, even as they violate the administration’s own social distancing guidelines."

All three evening news networks took time Tuesday to mention President Donald Trump’s executive order to suspend immigration for sixty days for those seeking permanent residency. That’s fine, but the outlets ended up using the coverage to arbitrarily slap back at the President.

Critics say the order is a political dog whistle aimed at energizing the president’s base.

Opponents say this is a clear example of the president using this virus to further his hardline immigration policies. This one sure to end up in the courts.

This is a move that will likely appeal to his base, but the immigration process has effectively been shut down for the past month after key offices closed because of coronavirus.

So the networks will go after the president for making a policy decision on immigration to stem any further coronavirus issues, but the Big Three continued to ignore AOC cheering an entire market sector crash. 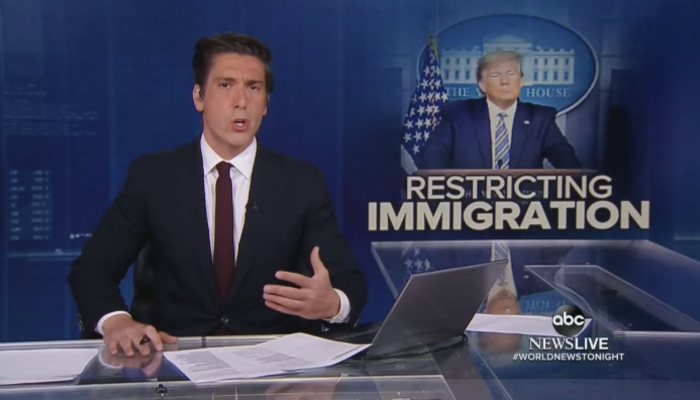 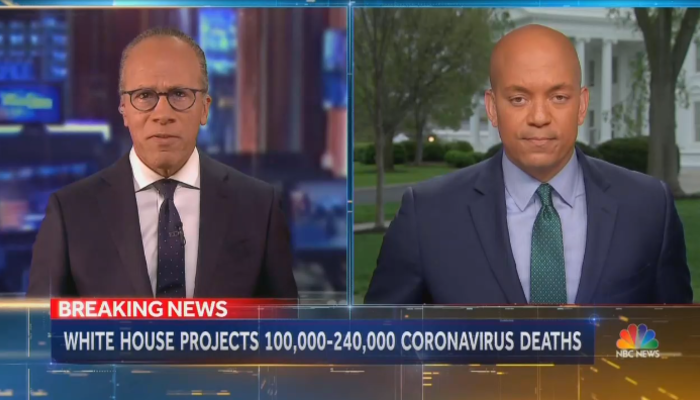 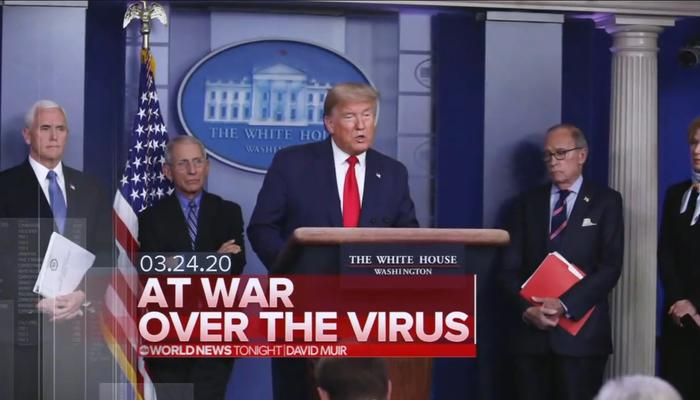 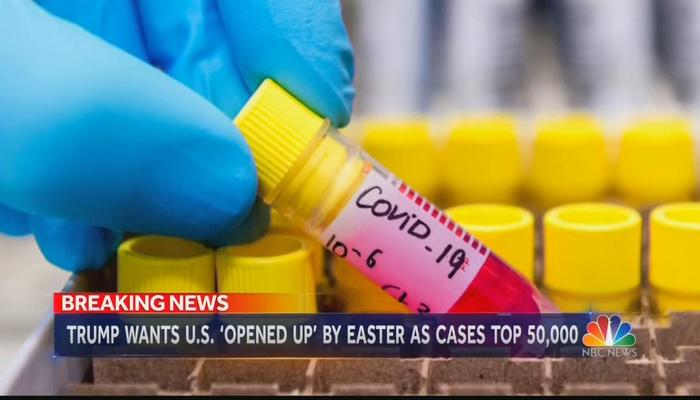 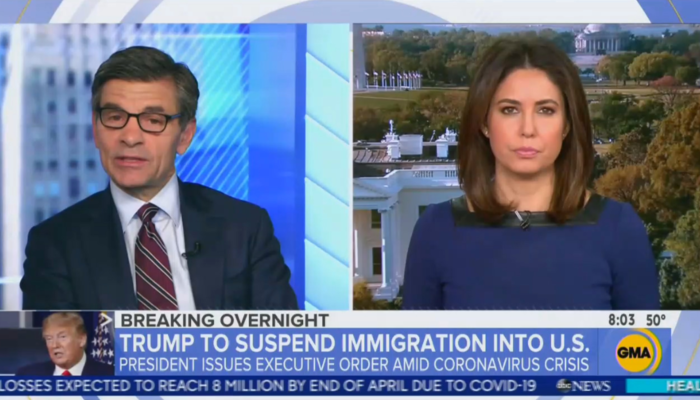 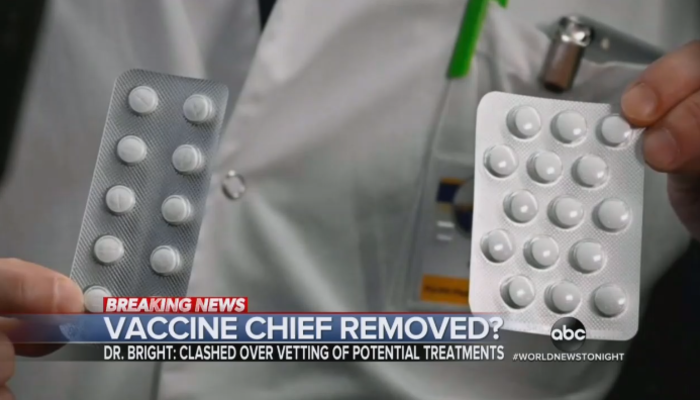 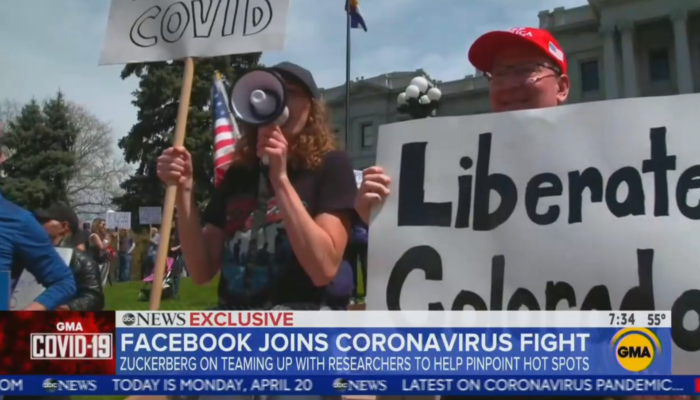