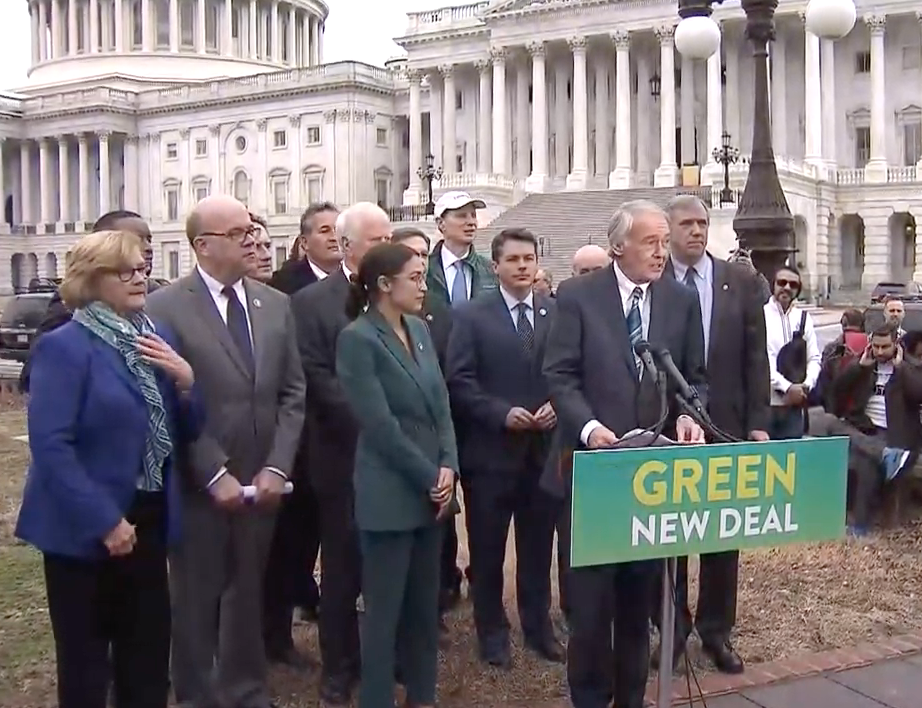 How much would a Green New Deal cost? That’s the $93 trillion question some media outlets won’t ask.

New estimates suggest the price tag of the climate and economic ideas contained in the Green New Deal promoted by Rep. Alexandria Ocasio-Cortez could cost $93 trillion, Bloomberg.com reported. That’s a very green deal, indeed. However, the evening newscasts ignored the new information about the Green New Deal the day the American Action Forum released its cost estimate as well as the day after (Feb. 25 and 26).

Two of the three, World News and Evening News, said nothing about the Green New Deal or Ocasio-Cortez, D-N.Y. that night. Nightly News aired a story about a public argument related to the Green New Deal ideas. However, NBC still failed to bring up the costs of such a plan at all in its Feb. 26, report. That dispute was between first daughter Ivanka Trump and Ocasio-Cortez about a jobs guarantee.

As if the price tag wasn’t bad enough, AAF warned “Its social impact, however, would likely exceed its enormous price tag because of its expansive re-engineering of social norms, policy processes and key institutions.”