Promises made, promises — not kept? 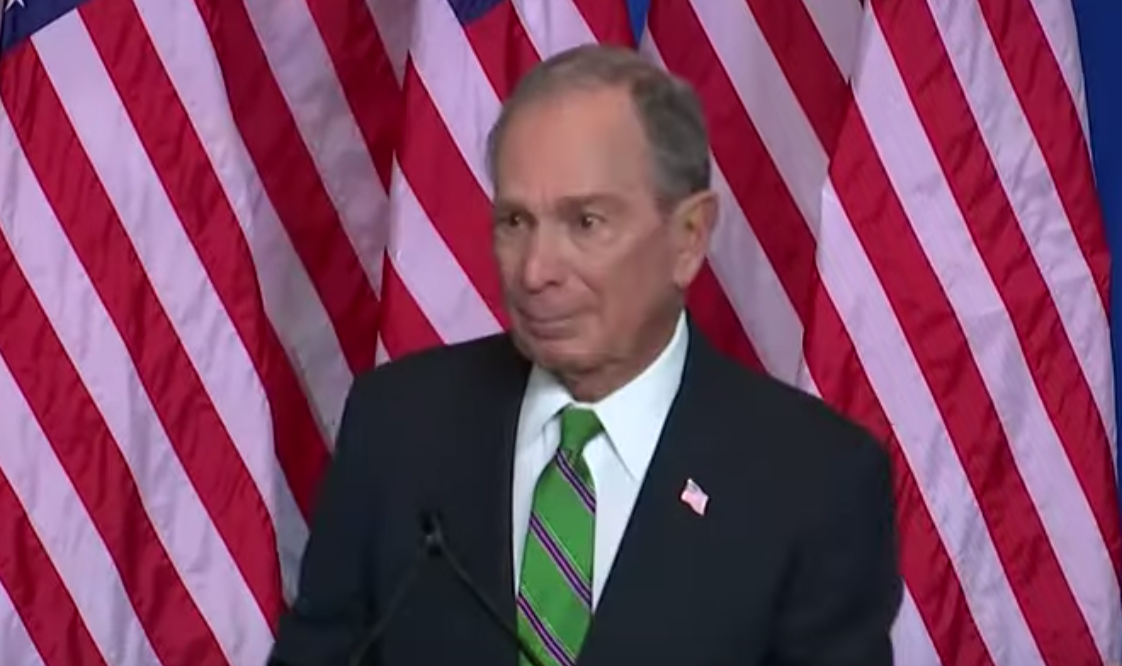 Bloomberg had promised to spend “$2 billion on either his own campaign or to help finance a Democratic nominee to unseat President Trump in the 2020 general election,” according to Fox Business Jan. 17.

Bloomberg is “laying off his staff” and is instead transferring just $18 million to the Democratic National Committee, Barrett said. 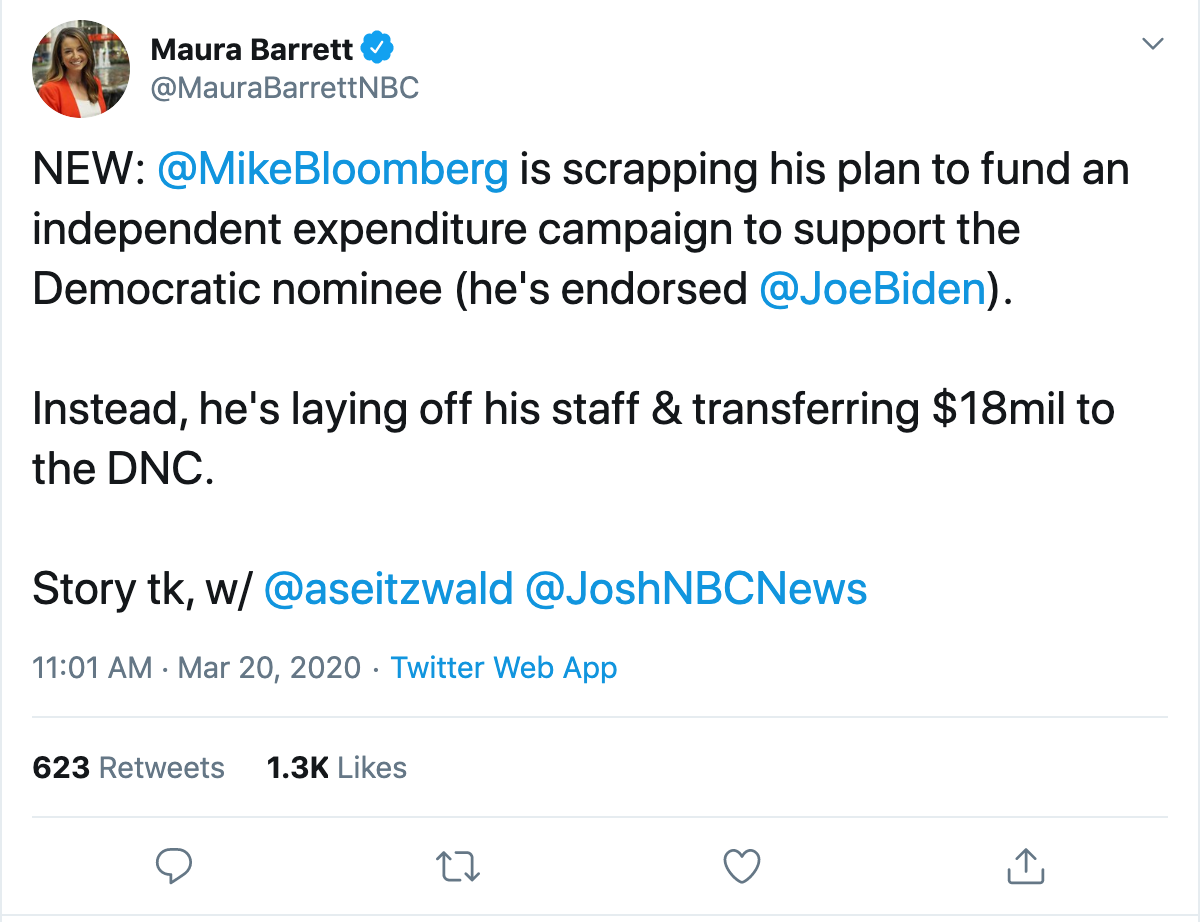 Just a couple of months ago, back on Jan. 10, NBC News reported:

“Former New York Mayor Michael Bloomberg’s massive campaign apparatus and an army of some 500 staffers will march on through the general election in November even if he loses the Democratic nomination, campaign officials tell NBC News, shifting their efforts toward working to elect whomever the party selects to face President Donald Trump.”

This apparently was just political theater.

The New York Times reported March 20, that “In a conference call Friday, about 1,500 former campaign staff members across the country were informed of the plans by the campaign’s states director and encouraged to apply to work for the D.N.C., though they were advised that, should they be hired, those jobs were not likely to pay them the same.”

The Times pointed out the hypocrisy of Bloomberg’s latest move:

“But Mr. Bloomberg’s decision not to form a new super PAC represents an abrupt retreat from months of chest-thumping promises from some of his political advisers, particularly his campaign manager, Kevin Sheekey.”

The Times noted that “Brynne Craig, a senior adviser to Mr. Bloomberg, said on Friday morning that the former mayor remained determined to fund the campaign to topple President Trump.” Craig continued: “We’re changing the mechanism, not our commitment. An I.E. field program is not as effective as a coordinated field program.” [Emphasis added.]

In February, Advertising Analytics said Bloomberg was “The highest spending presidential candidate of all time,” having spent hundreds of millions of dollars pushing his campaign on a vast variety of media platforms, including social media.

Liberal billionaires Michael Bloomberg and Tom Steyer collectively spent over $1 billion in their attempt to oust President Donald Trump from office, an effort that began even before their failed 2020 presidential campaigns.

Not only does this indicate that Bloomberg’s cash will not buy presumptive nominee former Vice President Joe Biden any love, but all that spending perhaps proves that a truckload of money does not guarantee that you can buy an election.