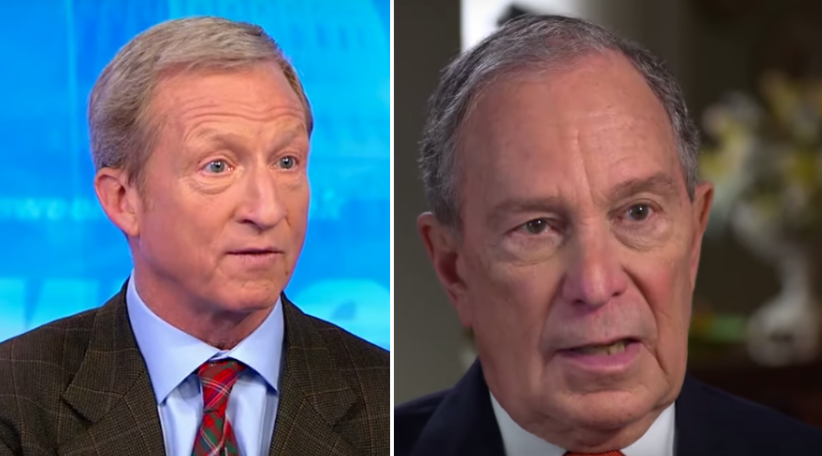 Liberal billionaires Michael Bloomberg and Tom Steyer spent over $1 billion in their attempt to oust President Donald Trump from office, an effort that began even before their 2020 presidential campaigns.

In fact, it began when Steyer spent $123 million on a massive Need to Impeach campaign to push for Trump’s impeachment between 2017-2018.

Adding Steyer’s 2017-2018 spending ($123 million) to both billionaires' current estimated campaign spending totals, a whopping $1,063,718,074 was spent in an attempt to oust Trump. To put this into perspective, that’s nearly $600 million shy of Steyer’s entire net worth estimated at $1.6 billion. 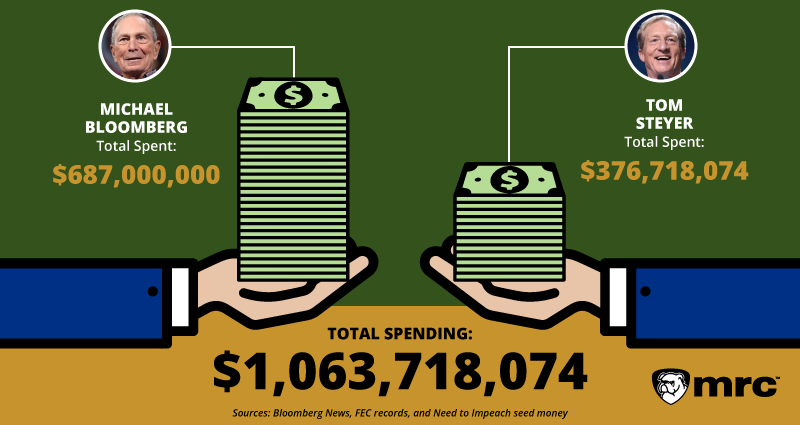 Breaking down the numbers, both Steyer and Bloomberg spent $193.1 million and $558 million respectively on campaign advertising, according to data from Advertising Analytics. In addition, both Steyer and Bloomberg spent $28,321,900 and $15,059,000 respectively (and exclusively) on liberal outside spending groups for the current cycle. Steyer’s spending went exclusively to NextGen Climate Action and Need to Impeach, two groups he founded.

Steyer began his Need to Impeach campaign in 2017, which transformed into a multimillion-dollar effort to help Democrats secure a majority in the House of Representatives. In January 2020, Bloomberg shifted his massive ad campaign to support impeaching Trump.

A recent Advertising Analytics’ report revealed that Bloomberg had been spending an average of $37.4 million on TV, radio and digital media per week since he announced his candidacy in November 2019. There was one qualifier: “[H]e [Bloomberg] was only off air the week of Christmas.” [Emphasis added.]

Both billionaires have suspended their presidential campaigns after failing to produce in the Democratic primaries.