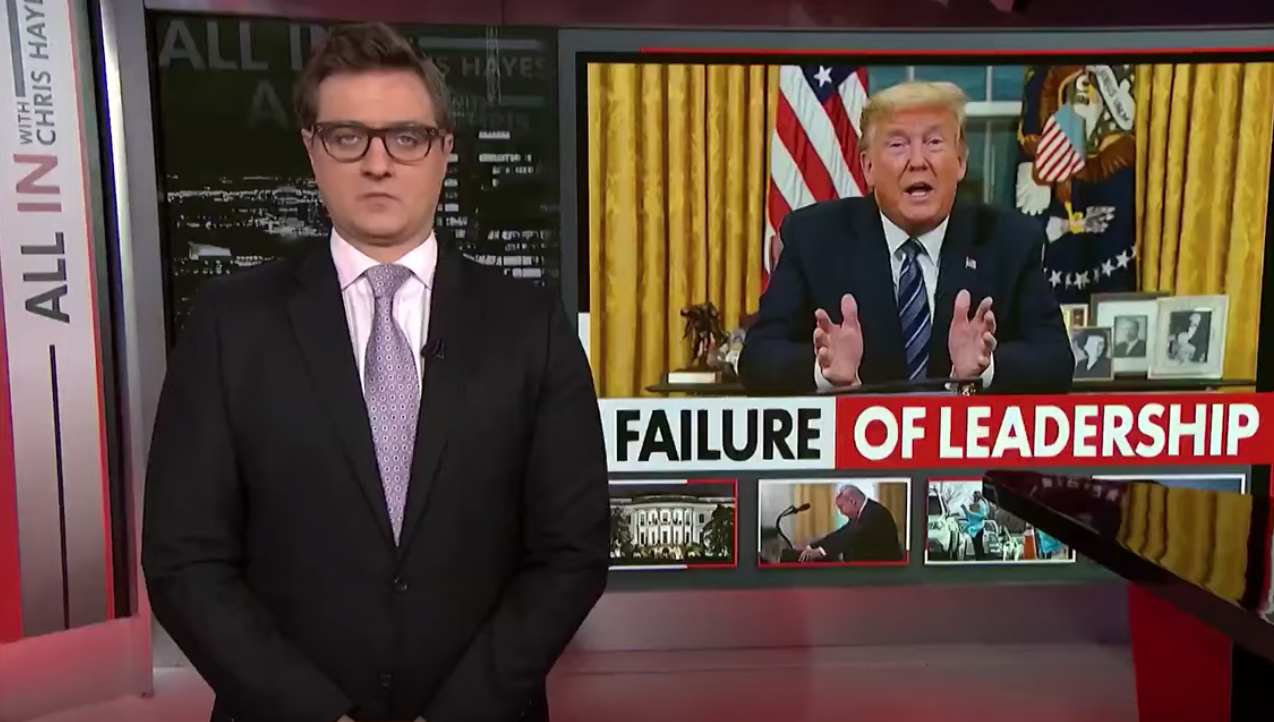 When the economy gets you down, just throw truckloads of taxpayer cash at it. At least, that’s what MSNBC Anchor Chris Hayes says Congress should do.

Hayes sent out his policy prescription on Twitter in the early morning of March 13: “I increasingly convinced we need Congress to pass a trillion dollar stimulus in the next week, focused on people not industry bailouts. Probably best just direct cash.” [Emphasis added.]

Sure, why not just tell Congress to pass a law mandating taxpayers to grow money on trees while they’re at it, since a massive tax increase would be necessary to subsidize this idea? Did he even consider that we’re currently running a national debt that’s well over $23.4 trillion? 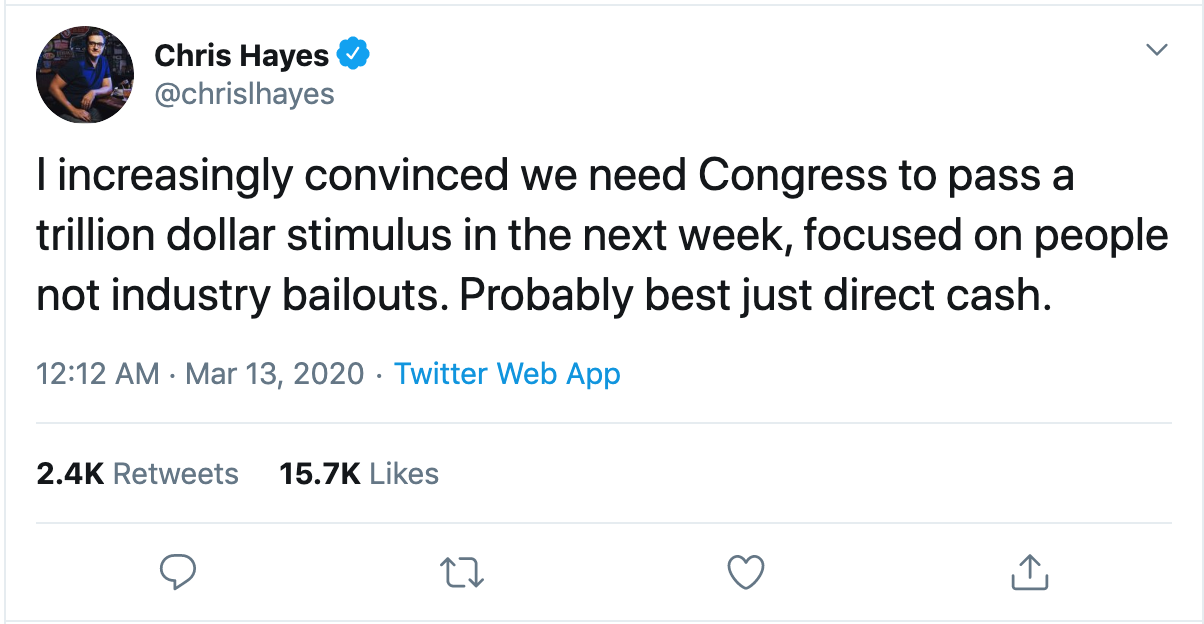 This indicates that Hayes’ proposal would not only add another trillion dollars in spending, but it would be the equivalent of approximately 21 percent of the entire federal budget for fiscal year 2021.

Not to worry though, Hayes was sure to correct his tweet just minutes later, for his spelling.

Perhaps it would be better if MSNBC’s on-air talent stayed off Twitter for a while, given that MSNBC’s Joy Reid just embarrassed herself March 11 for an equally ignorant economic tweet that drew criticism from Fox Business’s Melissa Francis.

MSNBC’s Joy Reid sent out a flippant tweet in an attempt to denigrate the Trump administration’s plan to direct the Small Business Administration to provide liquidity to states and small business owners through low-interest loans to provide economic relief from the coronavirus impact.

It looks like there is no end to MSNBC’s apparent ineptitude when it comes to math and the economy.