JPMorgan Chase CEO Jamie Dimon thinks President Donald Trump deserves “some” credit for the strong economy and that tax reform needed to happen, even though his “liberal New York friends would never agree.”

Near the start of his presidency, Trump signed an executive order directing federal agencies to eliminate two regulations for every new one. The Tax Cuts and Jobs Act of 2017 also slashed the corporate rate from 35 percent to 21 percent. 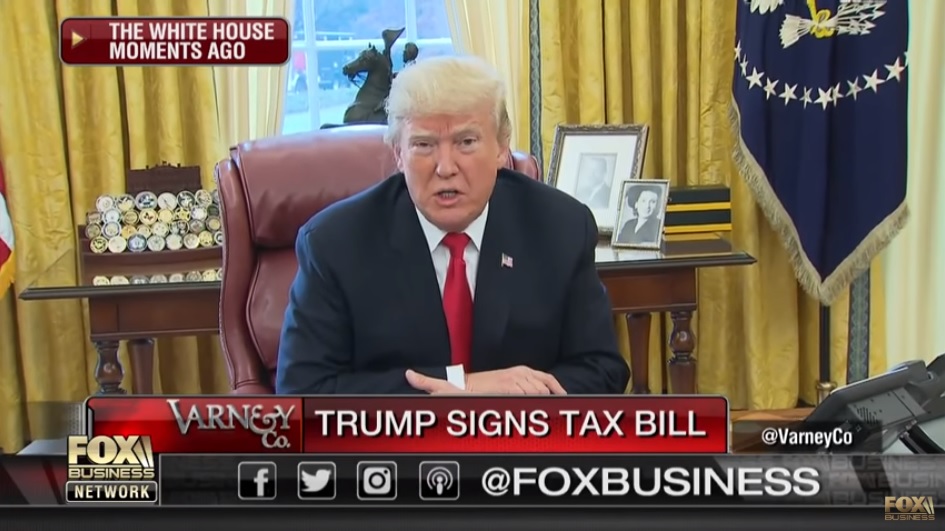 Yahoo Finance reported that despite Dimon’s disagreements with Trump, they have “sustained a working relationship” on discussing economic policy. Dimon told Serwer tax and regulatory reform were necessary to keep the economy growing.

“You know, I think — I really mean this that, you know, all my liberal New York friends would never agree with me. But the fact is we needed tax reform,” he said.

He said the higher rate had put the U.S. at a competitive disadvantage with other nations and discouraged businesses from investing here. “The net result of that over 20 years is that trillions of dollars was reinvested overseas that would’ve been reinvested here,” he said.

Dimon indicated this would be good for the U.S. long-term.

“Some is going to stock buybacks and all that, but that’s capital,” he said. “That's just giving capital back to be reinvested. The real benefit is cumulative reinvestment in the United States over the next 20 years.”

Dimon added, “Regulatory reform, we needed.” He attacked “regulation, bureaucracy, and stupidity” for slowing down the economy prior to Trump’s presidency. In addition, he blamed the “mind-numbing” trio of “paperwork, red tape, and bureaucracy” for making it harder to invest in infrastructure and inhibiting “small business formation.”

“I’m a patriot before I’m the CEO of JPMorgan,” Dimon declared. He reiterated his goal to help “fix the policy errors” that have held the U.S. back. He indicated that was his purpose in assisting and advising the president. “I’m going to help him do the best I can, because I want to help America as best I can and where I can.”