One of the left’s favorite economic talking points is an obsession with income and “wealth inequality.”

In keeping with that trend, CNBC editor-at-large John Harwood offered five approaches to “fight” wealth inequality for the “economically helpless” on June 19. Most of those five proposals were liberal solutions including suggestions for taxing those at the top, imposing a higher minimum wage and spending on infrastructure. Harwood’s left-wing bias has been on display at CNBC for years. 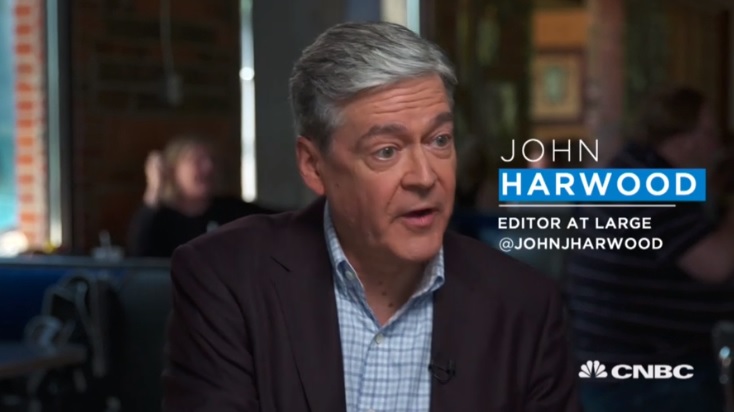 In a piece for CNBC.com, Harwood said, “With bold and targeted steps, they [economists] argue, government can increase opportunity and incomes for many more people in ways that strengthen, not weaken, American capitalism.” Left-wing economists, that is.

One of Harwood’s proposals focused on “bolstering human capital,” and included University of Maryland economist Melissa Kearney’s idea: “We could tax more from all the folks at the top to spend money making investments in the people who are being left behind.”

Redistribution of wealth. How predictable.

Ideas for how to spend the tax money included pre-K, health care and job training. Hmmm, sounds like proposals from various liberals running for the Democratic nomination for president.

Under “raising wages and returns,” Harwood wrote that “government can make employment more profitable for lower-income workers.” One way he suggested was a minimum wage hike, but there were other suggestions, including “increasing the earned income tax credit and subsidizing child-care services.”

Harwood also blamed “shareholder capitalism” for limiting workers’ role in economic decision-making and increasing “the influence of business owners.” He cited MIT economist Michael Autor, who lamented the “fairly recent” idea of corporations maximizing profits “without any regard to any other objective.”

Of course, the reason for making a profit is to allow a business to expand operations, attract investors and hire more workers.

Harwood mentioned candidate Sen. Elizabeth Warren’s (D-MA) proposal to allow corporate employees to “elect 40% of the board of directors.” No conservative ideas for improving “corporate governance” were included.

Acknowledging political reality, Harwood said none of the proposals would be “easy,” and wondered whether “entrenched patterns” of economic dissatisfaction would grow “powerful enough” in the 2020 campaign to force his proposals through.