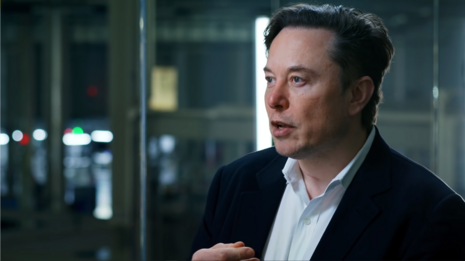 Musk celebrated the 246th anniversary of the country’s independence by sharing a meme in a tweet showing “Twitter in 1775,” one year before the Second Continental Congress adopted the Declaration of Independence. “The British are coming, the British are coming!” the tweet read, echoing the words of American patriot Paul Revere.

There was a misinformation label just below Revere’s fake tweet, emphasizing Twitter’s seeming obsession with censoring people it doesn’t agree with: “Learn how British taxes are beneficial for society.” Musk later tweeted on the recent censorship of clinical psychologist Jordan Peterson and said that the leftist Big Tech company was “going way too far in squashing dissenting opinions.”

Revere famously rode from Boston the night of April 18, 1775, to warn American founders John Hancock and Samuel Adams that British troops were closing in on Concord, Mass. The next morning, the Revolutionary War began.

Another Twitter user shared a fake tweet from the Greek philosopher Socrates. Socrates was sentenced to death by the rulers of Athens for corrupting the youth of the city and was sentenced to die by drinking poison hemlock.

“I dunno man, I’m beginning to think that maybe the Ruling Elite aren't as wise as they claim to be,” the fictitious tweet quoted Socrates as saying. The tweet gained more than 3,500 likes by early Wednesday afternoon and came with the mock misinformation label: “Learn more about how Socrates is corrupting the youth of Athens.”

BTW, did you see that JBP was recently banned from the bird app? Strange times... pic.twitter.com/UD8kpWFHrU

The same user behind the Socrates tweet also asked Musk if the billionaire had seen that “JBP was recently banned from the bird app? Strange times…”

Twitter booted Jordan B. Peterson (JBP) for tweeting about the “actress/actor” named “Elliot” Page. “Remember when pride was a sin?” Peterson tweeted. “And Ellen Page just had her breasts removed by a criminal physician.”

Peterson, however, didn't back down after Twitter suspended him. “The suspension will not be lifted unless I delete the hateful tweet in question,” Peterson stated in a YouTube video. “I would rather die than do that.”

Twitter also reportedly suspended commentator Dave Rubin for a tweet that merely commented on Peterson’s suspension: "The insanity continues at Twitter. @jordanbpeterson has been suspended for this tweet about Ellen Page. He just told me he will ‘never’ delete the tweet. Paging @elonmusk…"