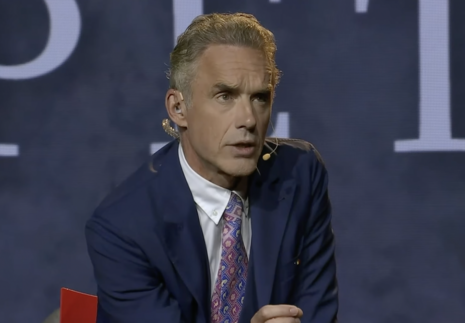 “Remember when pride was a sin? And Ellen Page just had her breasts removed by a criminal physician,” Peterson purportedly tweeted according to screenshots tweeted by his daughter Mikhaila Peterson. The screenshots also show that Twitter flagged the tweet for “[v]iolating our rules against hateful conduct.”

“Wow. @jordanpeterson got a twitter strike,” she tweeted. “No more twitter until he deletes the tweet. Definitely not a free speech platform at the moment @elonmusk.”

Twitter’s hateful conduct policy prohibits “targeting others with repeated slurs, tropes or other content that intends to dehumanize, degrade or reinforce negative or harmful stereotypes about a protected category” [Emphasis added]. Twitter outlined dehumanizing slurs as “targeted misgendering or deadnaming of transgender individuals.”

Several users who commented on Mikhaila Peterson’s tweet speculated that the platform may have removed Jordan Peterson’s tweet for purportedly “deadnaming” Elliot Page – or referring to the actor’s given name Ellen Page and using female pronouns.

Conservative voices on Twitter quickly blasted the company for restricting Jordan Peterson’s account. Blaze TV commentator Dave Rubin later tweeted that Peterson said he “will ‘never’ delete the tweet.” PragerU started a petition calling for Twitter to free Jordan Peterson from Twitter jail. “Everyone should have access to what he has to say,” the petition said. “To claim that his opinion is ‘hateful,’ promotes violence, or threatens or harasses anyone is an outright lie. Do not allow Twitter to get away with this.”

The Canadian psychologist’s tweet responded to the New York Post’s announcement that Page’s character on the Netflix show “Umbrella Academy” will come out as “transgender” in the upcoming season.

Peterson has repeatedly criticized censorship and government restrictions on free speech. He famously spoke against Canada’s Government Bill C-16, passed in June 2017, which criminalized using the wrong pronouns to refer to someone. Fox Business reported in 2018 that Peterson “suspect[ed]” that his outspoken disapproval of C-16 led Google to “shut down” his YouTube and Gmail accounts “for roughly a day.” Peterson also started Thinkspot, a hosting service for a variety of different types of content.

Neither Peterson nor Twitter replied to Free Speech America’s request for comment before publication of this article.