On Tuesday, NBC’s Today show promoted the upcoming FX series on Bill Clinton’s impeachment following his affair with Monica Lewinsky by painting one of his sexual harassment victims, the late Linda Tripp, as a “treacherous” villain who was guilty of “betrayal.” In addition, the broadcast featured a live exclusive interview with Lewinsky, who was a producer for the mini-series set to… 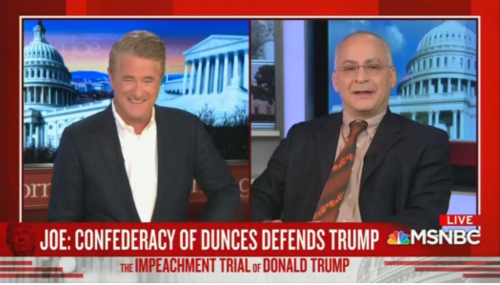 Randy Hall
January 29th, 2020 10:15 AM
While anchors and analysts on MSNBC had nothing but praise for anyone involved in the prosecution accusations that President Trump is unfit for office and should immediately be removed, these same liberals have had nothing but contempt and ridicule for the people who sought to defend the Republican occupant of the White House. That was particularly evident on Tuesday’s edition of Morning Joe,… 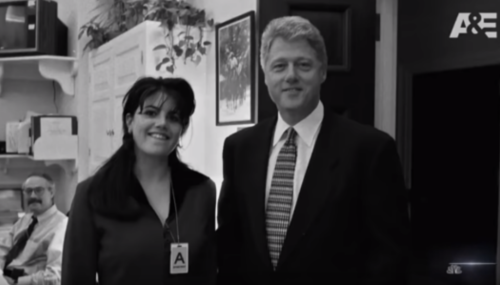 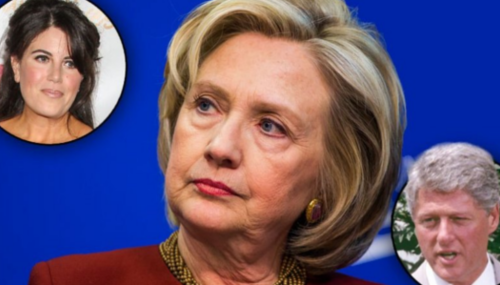 No Surprise: Hillary Not a 'Significant' Character in Lewinsky Series

Randy Hall
August 23rd, 2019 9:15 PM
When the FX cable TV channel announced in early August that the network will produce a series that would tell the story of Monica Lewinsky, the most interesting aspect about the Ryan Murphy-guided anthology was the fact that Lewinsky herself was going to serve as a producer. However, on Wednesday, FX CEO John Landgraf responded to the fact that no one has yet been signed to portray Hillary… 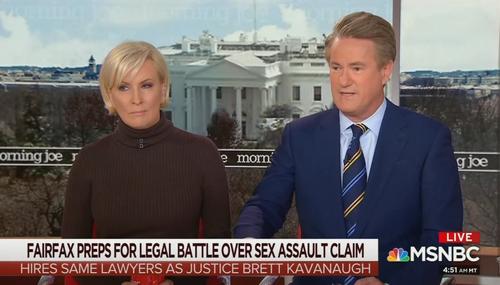 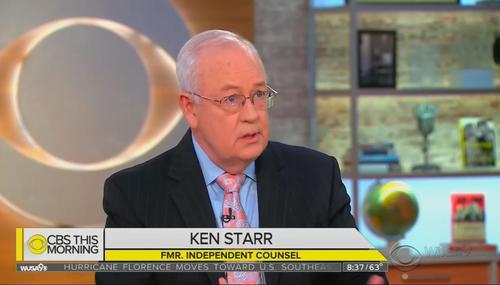 Brent Bozell and Tim Graham
September 11th, 2018 10:39 PM
Twenty years after he recommended to Congress that President Clinton be impeached for perjury and obstruction of justice, Kenneth Starr has written a book about it. Surely, with the passage of time and many other books exploring the Lewinsky affair and the other Clinton scandals, Starr can be treated with dignity and respect. Back then, he faced ABC’s Diane Sawyer calling his Starr Report “… 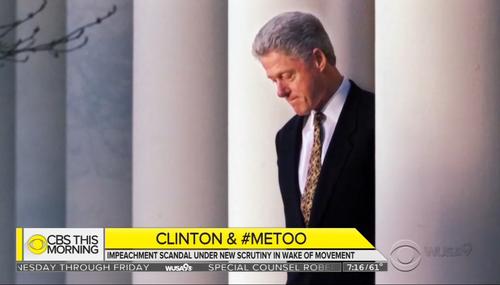 20 Years Later: CBS Wonders If Clinton Is a ‘Man Who Abused His Power'

Scott Whitlock
June 5th, 2018 1:23 PM
Better late than never? CBS This Morning on Tuesday awoke to the idea that, when it came to sexual abuse, Bill Clinton might be “remembered as a man who abused his power.” The morning show hosts highlighted Bill Clinton’s train wreck book tour where the former President insisted he didn’t owe Monica Lewinsky an apology. 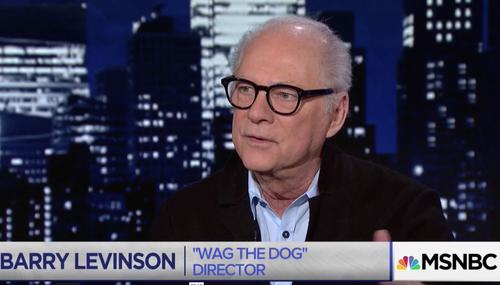 Tom Blumer
April 16th, 2018 6:14 PM
It turns out that Rachel Maddow's speculation, articulated twice on Friday, that President Donald Trump ordered air strikes in Syria "because of scandal" is not limited at MSBNC to one far-left host. It's a perceived, widely-shared likelihood which has frequently been tied to Wag the Dog, a movie which appeared just before the late-1990s Clinton-Lewinsky scandal broke. 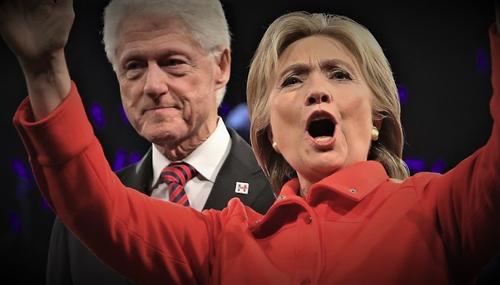 Tim Graham
April 7th, 2018 5:46 PM
While the Kennedys didn't stop the Chappaquiddick movie, it looks like the Clintons can still create "second thoughts" in Hollywood. The Hollywood Reporter notes Glee creator Ryan Murphy "hit the brakes" on a season of his FX series American Crime Story centered on Monica Lewinsky. The History Channel also had "second thoughts" on a six-part drama series on the Clinton impeachment. 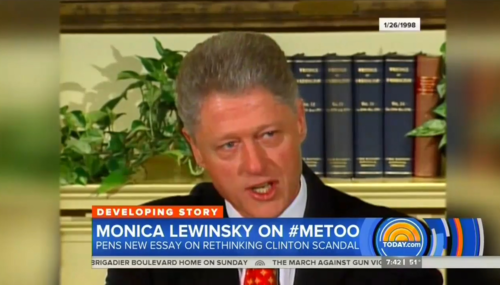 Kyle Drennen
February 26th, 2018 3:38 PM
On Monday, ABC’s Good Morning America was the only network morning show to refuse to cover Monica Lewinsky accusing former President Bill Clinton of a “gross abuse of power” for having an affair with her when she was a White House intern. Perhaps the glaring omission had something to do with anchor George Stephanopoulos being a former Clinton operative.