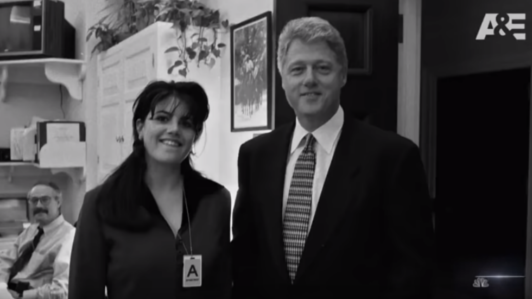 The third season of the FX series American Crime Story, dealing with the impeachment of Bill Clinton will not air on FX until after the 2020 election

While the given reason for the delay is that creator-producer Ryan Murphy has a “busy schedule” the head of the network, John Landgraf, noted that the current media environment is “toxic” on issues related to the scandal involving Bill Clinton and Monica Lewinsky.

According to an article written by Tim Baysinger, a TV reporter for The Wrap website, the channel chairman stated that the original scheduling decision was “an attempt to capitalize on the time when interest from viewership would be at its peak” due to the November 3 election.

Let me just say something about the current environment,” he said. “This certainty that says we can’t have conversations, we can’t make art, we can’t have nuance, that I won’t even wait to pronounce judgement, is toxic in the media environment. I believe very, very strongly in what we’re making. I’ve read it, I think it’s great.

The FX executive also noted that filming on the production won’t be completed until October, and he is “unsure” when it will ultimately be broadcast.

Baysinger reported that the series’ third season “unravels the national scandal that swept up Paula Jones (played by Annaleigh Ashford), Monica Lewinsky (Beanie Feldstein) and Linda Tripp (Sarah Paulson) as principal characters in the country’s first impeachment proceedings in over a century.”

Also playing a major role is Clive Owen, who portrays Clinton in the episodes, which are also being produced by Lewinsky herself.

NewsBusters reported in January of 2017 that Lindsey Ellefson of the Mediaite.com website stated Murphy was “setting out to tell the story of the biggest political drama of our time.”

At that point, a New York Times review called Toobin’s tome “a 'highly partisan' and 'willfully subjective' book. It noted Toobin presents the president as a victim of 'extremists of the political right who tried to use the legal system to undo elections” and therefore “put Bill Clinton in the White House.”

The review added: "Toobin spends the better part of this book railing against Clinton's adversaries, who he says 'appeared literally consumed with hatred for him. … They were willing to trample all standards of fairness -- not to mention the Constitution -- in their effort to drive him from office.'”

Does any of that sound familiar?