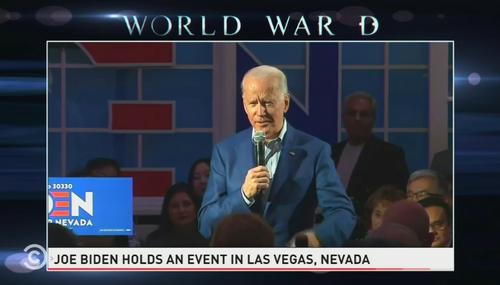 Tim Graham
February 26th, 2020 3:30 PM
This week, the "fact checkers" at both The Washington Post and Snopes.com have thrown the penalty flag at Joe Biden for his repeated claim that he was imprisoned in South Africa in the 1970s while trying to visit Nelson Mandela at the Robben Island prison. Sadly, the networks didn't seem to notice this historical gaffe before the South Carolina debate. 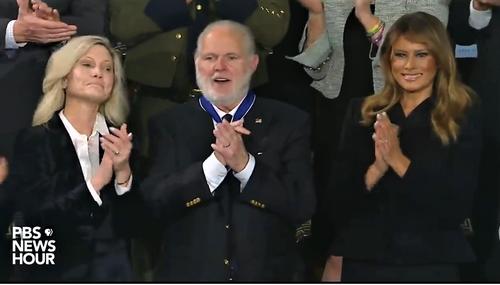 Tim Graham
February 12th, 2020 2:13 PM
The leftist "fact checkers" at Snopes have routinely gone after the Babylon Bee for writing satires that less intelligent Americans might mistake as real, such as....CNN buying a huge washing machine to wash its news. But at least it's spreading its battle on satire sites in defense of both sides. Two recent "fact checks" defended ... Rush Limbaugh. 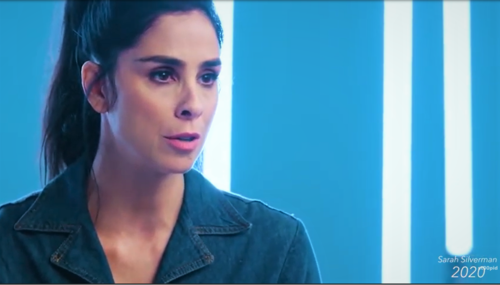 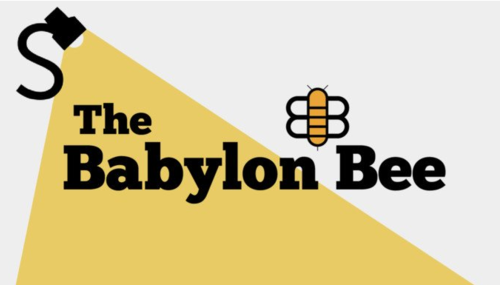 Tim Graham
December 13th, 2019 6:21 AM
The "fact-checking" site Snopes.com had one of its regular freak-outs over stupid Americans mistaking satirical websites for actual news, especially the right-leaning Babylon Bee. They actually contacted the White House to express concern that President Trump's Twitter account was spreading fake news (instead of jokes). Sadly, there was a Democrat running against Trump that was dumb… 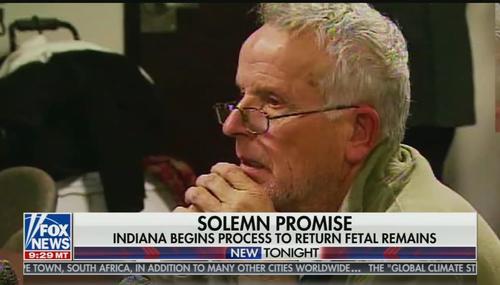 Tim Graham
October 4th, 2019 8:46 AM
Someone doesn't like our "Fact-Checking the Fact-Checkers" project. On Thursday, Snopes.com published an article headlined "Did Mainstream Media Outlets ‘Refuse’ to Cover Abortion Doctor Ulrich Klopfer?" They were questioning a Bozell and Graham column, which asserted that the networks failed to report on Dr. Klopfer's Illinois garage full of more than 2,… 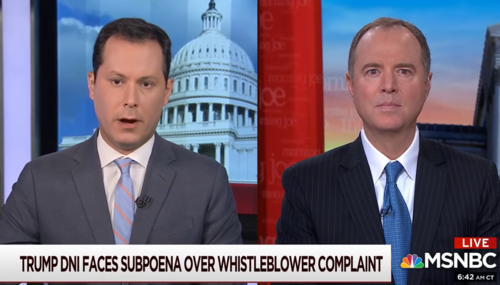 Most 'Fact Checkers' Act Shifty with Schiff's Lying About Ukraine-Gate

Congressman Adam Schiff was caught in a lie by The New York Times on Wednesday, although they didn’t make that point. The newspaper reported the whistleblower contacted Schiff’s committee and discussed his complaint in vague terms, and those terms were passed along to Schiff. He told MSNBC "we have not spoken directly with the whistleblower." Will the "fact checkers" notice? Most of them…

Snopes Spins Away from the Facts: Born-Alive Baby Thrown in the Trash

Tim Graham
October 1st, 2019 1:13 PM
Alexandra DeSanctis of National Review pointed out the silliness of what they call a "Fact Check" these days. On Monday, Snopes.com asked the question "Was a Baby Born Alive at 23 Weeks ‘Thrown in the Trash’?" The factual answer is "Yes." But Snopes had to define it down to a "Mixture" of truth and falsehood....because facts can be spun! The… 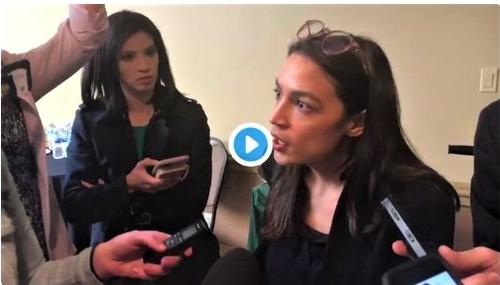 Tim Graham
September 16th, 2019 5:13 PM
The "fact checkers" at Snopes.com are fervent and incessant defenders of "The Squad," especially Ilhan Omar and Alexandria Ocasio-Cortez. On September 13, Bethania Palma tagged several pro-Trump tweets as "FALSE" based on something AOC said on tape....five months ago 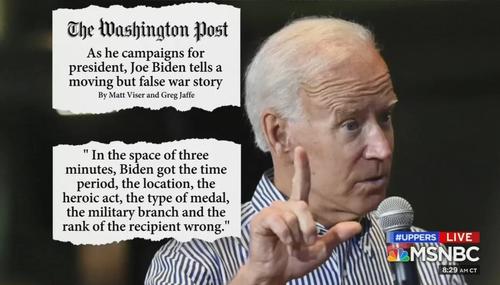 Tim Graham
September 1st, 2019 8:45 PM
The partisan elasticity of the "independent fact-checkers" will be tested by Joe Biden in this presidential campaign. The Washington Post brutally critiqued Biden's moving story of a story not wanting a medal as recounted at a Hanover, New Hampshire campaign stop. "In the space of three minutes, Biden got the time period, the location, the heroic act, the type of medal, the… 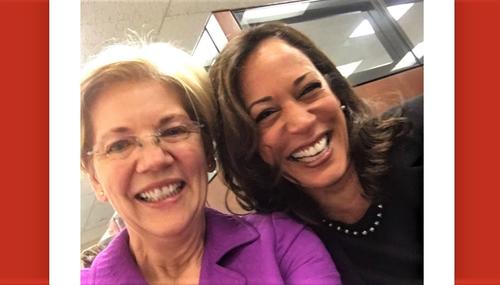 Tim Graham
August 13th, 2019 4:30 PM
We wouldn't normally evaluate a "fact check" when it lines up with all the available facts. But it can be noteworthy when Democrats are tagged as "Four Pinocchios" False. Both the Washington Post Fact Checker and FactCheck.org flagged Senators and presidential candidates Kamala Harris and Elizabeth Warren for incorrectly claiming Michael Brown was "murdered" in… 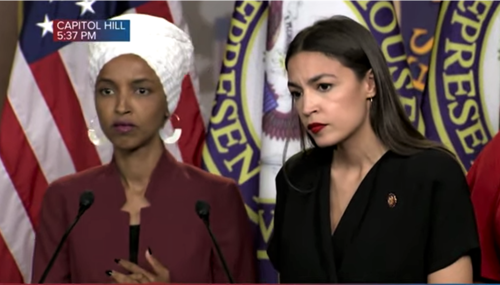 Tim Graham
July 28th, 2019 7:23 AM
The liberal "fact checking" website Snopes.com is presently engaged in a frenzy of defense of "The Squad," especially Rep. Ilhan Omar. This one was especially interesting:  "Are U.S. Reps. Ilhan Omar and AOC Polling at 8 Percent, 21 Percent Respectively?" Snopes declared this was "Mostly False," complaining "We know of no credible polls" that… 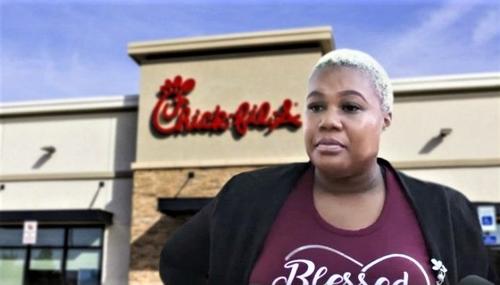 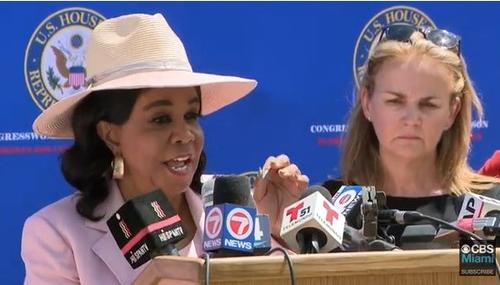 Tim Graham
July 11th, 2019 8:24 AM
The "fact checkers" at Snopes.com are running to the defense of liberal Democrats again in a July 10 post on Rep. Frederica Wilson in an article headlined "Did Rep. Frederica Wilson Advocate Prosecuting People Who ‘Make Fun’ of Congress?" The answer is yes. But David Mikkelsen at Snopes insisted "context is key," that conservative media outlets like the… 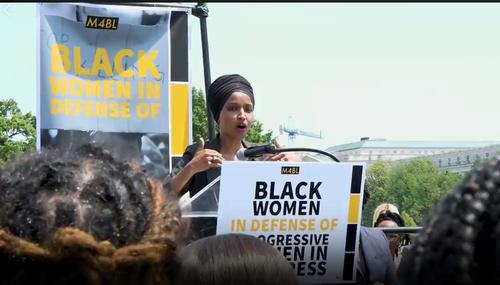 Tim Graham
May 12th, 2019 6:59 AM
Snopes.com doubled down on two of their regular themes on Thursday: defending Rep. Ilhan Omar and attacking the Christian satire site The Babylon Bee. Snopes insisted no one would be able to figure out Omar didn't say "If Israel is so innocent, they why do they inisist on being Jews?"