Snopes co-founder David Mikkelson has been accused of publishing plagiarized articles under a false name. 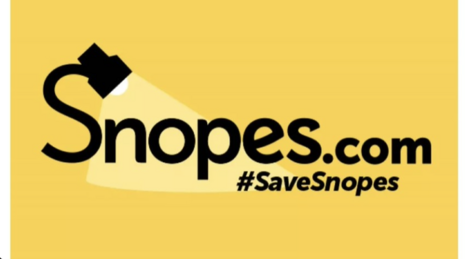 The notorious fact-checking website holds itself out as an arbiter of truth in an age of “fake news.”

A Buzzfeed News investigation found that Mikkelson had published 54 plagiarized articles from 2015 to 2019 under the name Jeff Zarronandia. The articles included topics from Donald Trump, same-sex marriage, and David Bowie.

Mikkelson has been suspended from his editorial duties pending “a comprehensive internal investigation.” Currently, he is an officer and a 50% shareholder of Snopes.

“Our internal research so far has found a total of 54 stories Mikkelson published that used appropriated material, including all of the stories Buzzfeed shared with us,” VP of Editorial and Managing Editor Doreen Marchionni and Snopes Chief Operating Officer Vinny Green said in a statement.

"Let us be clear: Plagiarism undermines our mission and values, full stop," the statement added. "It has no place in any context within this organization."

The Buzzfeed News investigation found that Mikkelson had plagiarized entire paragraphs from outlets like The New York Times, the BBC, and CNN without attribution.

Mikkelson told Buzzfeed News that his inexperience led to the plagiarism. “I didn't come from a journalism background,” he said. “I wasn't used to doing news aggregation. A number of times I crossed the line to where it was copyright infringement. I own that."

He added that he created the pseudonym to fight back against conspiracy theorists and online trolls.

“He would instruct us to copy text from other sites, post them verbatim so that it looked like we were fast and could scoop up traffic, and then change the story in real time,” Snopes' former managing editor, Brooke Binkowski, who was fired without explanation in 2018, said. “I hated it and wouldn't tell any of the staff to do it, but he did it all the time.”