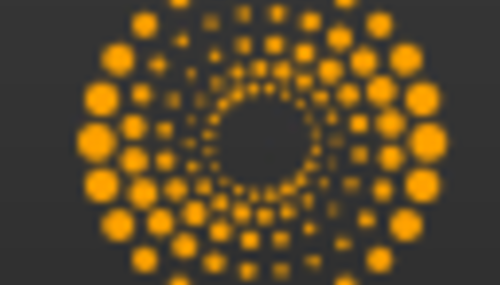 Newsweek Lays Off Dozens, Just in Time for Christmas

Randy Hall
December 7th, 2012 6:30 PM
Things have really come full circle for the perpetually troubled liberal magazine Newsweek, since it infamously smeared Newt Gingrich on its cover as "the Gingrich who stole Christmas." Eighteen years later, Newsweek is literally doing that to more than 50 employees it fired on Friday. The pink-slipped staff for the Newsweek/Daily Beast Company received a letter from Editor-in-Chief… 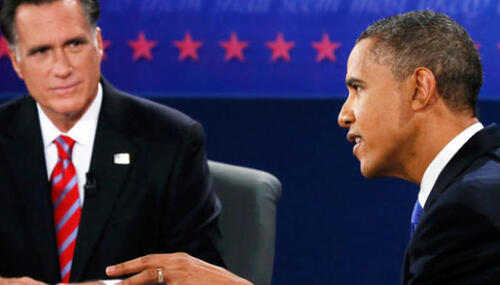 Heilemann: Romney Avoided the 'Dangers' of Past 'Harsh' Statements Ins

Brad Wilmouth
October 23rd, 2012 6:48 AM
On PBS's Charlie Rose show on Monday, as the group discussed the night's presidential debate, New York magazine's John Heilemann described Mitt Romney's past statements on foreign policy as "relatively harsh and relatively bellicose," as he argued that Romney had faced political "dangers" in his foreign policy positions "because he's been surrounded… 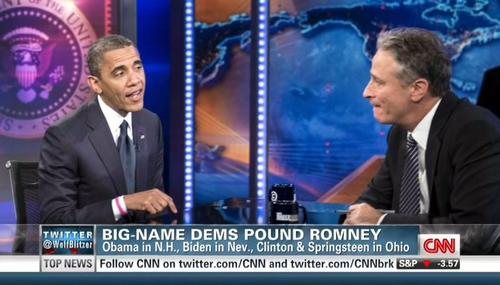 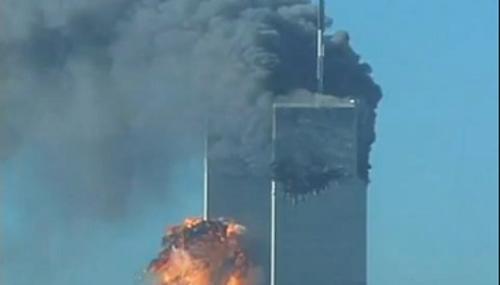 Noel Sheppard
October 18th, 2012 10:45 AM
When you go to your doctor or dentist's office in January, there won't be a copy of the latest Newsweek waiting for you in the reception area. On Thursday, the long-embattled periodical announced that its December 31 edition will be the last it prints:

Scott Whitlock
July 27th, 2012 12:30 PM
According to an announcement on Wednesday, Newsweek magazine will "likely" go digital and switch to an online presence. Despite hemorrhaging money for years, the publication has been a steady voice of liberalism, both in the magazine and when contributors and editors appeared on  television. On June 9, 2009, managing editor Evan Thomas famously told Hardball anchor Chris… 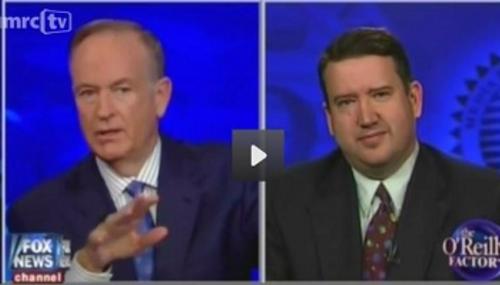 Mark Finkelstein
June 5th, 2012 8:40 AM
Et tu, Tina?  Has Maureen Dowd, by her scalding column this weekend, signaled to fellow liberals that it's OK to rap President Obama?   Dowd portrayed Obama as lazy, nihilistic, removed and self-absorbed.  Now comes Brown on today's Morning Joe, calling Obama "aloof" and not "lovable." Daily Beast editor Brown made her comments in the context… 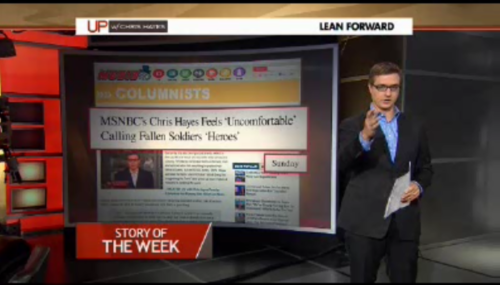 Tim Graham
June 2nd, 2012 2:22 PM
Newsweek editor Tina Brown published a huge chunk of a letter to the editor objecting to Howard Kurtz’s harsh take on Walter Cronkite. The letter writer? Cronkite’s son Chip. He merely repeated his father’s lame argument that “liberal” means “open-minded,” and isn’t that what a reporter should be? “Admitting to a liberal philosophy (which… 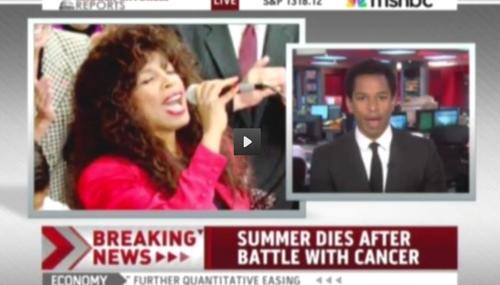 Kyle Drennen
May 17th, 2012 3:57 PM
During the Today's Professionals panel discussion on Thursday's NBC Today, NBC chief medical editor Nancy Snyderman cheered the latest cover of Newsweek magazine that proclaimed President Obama to be "The First Gay President": "[Newsweek editor-in-chief] Tina Brown has revolutionized how provocative and how much you can push magazine covers. And when magazines frankly… 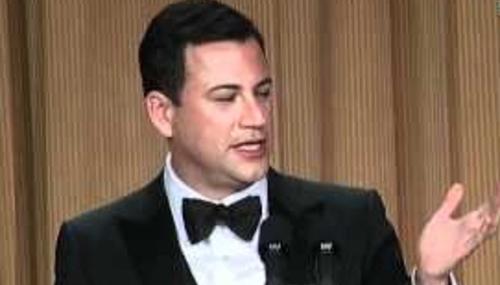 Noel Sheppard
May 17th, 2012 9:18 AM
Would you say it was heroic to make a blunder on national television that forces the President of the United States to flipflop on an issue six months before Election Day thereby threatening his chances at the polls? Newsweek editor Tina Brown did exactly that Wednesday when during an interview with the Huffington Post called Vice President Joe Biden "the hero of the hour" for… 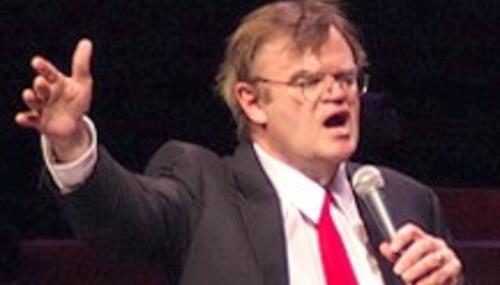 P.J. Gladnick
May 13th, 2012 1:56 PM
Bill Clinton was the first black president. And now, according to Newsweek, we have the first gay president. Yes, all the speculation over what cover Tina Brown would choose for Newsweek is over. Despite several suggestions from The New Republic on this crucial subject, Brown refrained from taking their kindly advice and chose a picture of President Obama with a rainbow halo over his head. 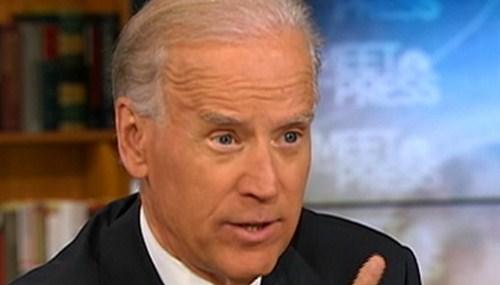 P.J. Gladnick
May 12th, 2012 12:16 AM
The world awaits a momentous decision in a few days. According to the New Republic staff, Newsweek editor Tina Brown must decide what Newsweek cover to use to illustrate President Obama's announced support  for gay marriage. To aid Ms Brown in making her choice, the New Republic staffers provided a gallery of illustrations for the Newsweek cover including the Obama rainbow umbrella man… 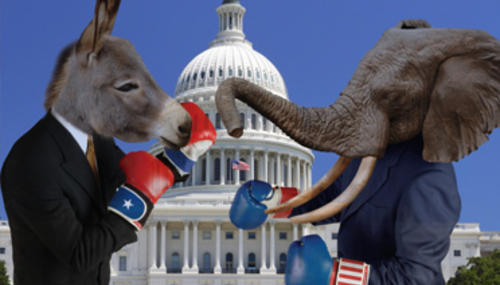 Tim Graham
April 22nd, 2012 5:55 PM
For the last two years, NPR has offered Newsweek/Daily Beast editor Tina Brown a monthly "Must Reads" feature on Morning Edition. Last week, she posed as the guardian of journalistic ideals as she trashed the late Andrew Breitbart (who "dropped dead," she sneered like a female Christopher Hitchens). So much for the sonorous civility of NPR, putting on this British-accented… 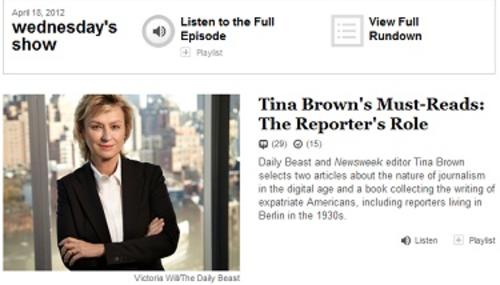 Ken Shepherd
April 18th, 2012 2:55 PM
Appearing on the April 16 "Morning Edition" to discuss what NPR tagged as "the contributions of journalists to global culture," Newsweek/Daily Beast editor Tina Brown worked in a gratuitously crude and error-laden slam of the late "right-wing radical blogger" Andrew Breitbart, who, Brown reminds us "dropped dead in [his] early 40s." Apart from her crass… 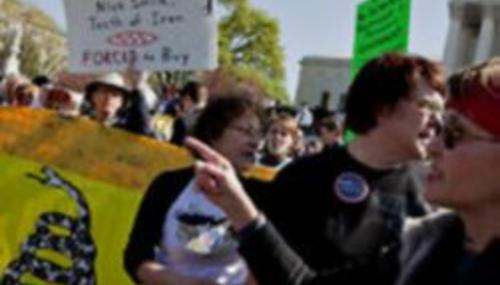 Mark Finkelstein
March 28th, 2012 8:52 AM
Early frontrunner for the most preposterous political analogy of the year . . . On today's Morning Joe, Tina Brown said Rick Santorum was "like Judas Iscariot."  And just what was Santorum's sin that merited comparing him to the man who betrayed Jesus Christ for thirty pieces of silver?  That Santorum, 15 years after the fact, now regrets having supported Arlen…