In late September 2014, the Federal Bureau of Investigation released "A Study of Active Shooter Incidents in the United States, 2000-2013."

To say the least, the report's issuance, timed six weeks before the midterm elections, and its topic ("a specific type of shooting situation law enforcement and the public may face") were curious. Given the press's inclination to sensationalize and politicize any report on gun violence, its findings were especially vulnerable to misinterpretation. When that quite predictably happened, the FBI and the study's authors appear to have done nothing to correct errant media reports. It also appears that they would have remained silent about those media distortions if longtime gun rights advocate John Lott Jr. hadn't called them out in a professional criminal justice journal.

Here is the core finding which the FBI and the study's authors surely knew would get the most attention (bolds are mine throughout this post):

The use of the authoritative-sounding word "establish" is more than a little interesting, given that the authors now admit, as Jason Riley at the Wall Street Journal reported on June 9, that "our data is imperfect." Imagine that.

Even if it had been perfect, the press blew its reporting on it. But the authors helped them out. Note that the key paragraph just quoted contains no reference to "active shooter incidents." They're just "incidents."

Quite separately, near the end of their study's introduction, the authors specifically warned:

This is not a study of mass killings or mass shootings, but rather a study of a specific type of shooting situation law enforcement and the public may face. Incidents identified in this study do not encompass all gun-related situations; therefore caution should be taken when using this information without placing it in context.

... The study does not encompass all mass killings or shootings in public places and therefore is limited in its scope.

Nevertheless, the Associated Press, among many media outlets which threw caution to the wind, employed the following headline in Eric Tucker's dispatch on the study — a dispatch which appeared, among many other places, at the New York Times:

The number of shootings in which a gunman wounds or kills multiple people has increased dramatically in recent years, with the majority of attacks in the last decade occurring at a business or a school, according to an FBI report released Wednesday.

The study focused on 160 "active shooter incidents" between 2000 and 2013. Those are typically defined as cases in which a gunman in an attack shoots or attempts to shoot people in a populated area.

Tucker's opening paragraph conveyed the impression that the "shootings" involved represent all incidents "in which a gunman wounds or kills multiple people." They don't. Those who read on got a clarification, but that was far too little and far too late, given how many readers would only have looked at the headline or wouldn't have gone past the first paragraph.

USA Today's coverage was accurate, fair and balanced, even including an objection from a criminologist who questioned why the study was published: 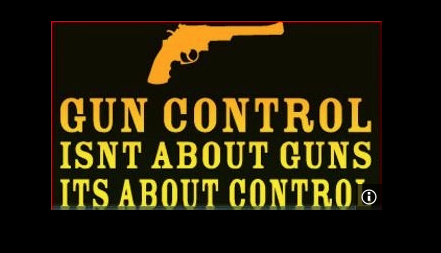 Criminologist James Alan Fox disputes the FBI conclusion. Active shooting and mass shooting events are rare, and the data are too limited to conclude that active shooter incidents are increasing, says Fox, a professor of criminology at Northeastern University in Boston.

"Unlike mass shooting data, which come from routinely collected police reports, there is no official data source for active shooter events," Fox says. "It's not clear whether the increase in active shooter events is completely related to the actual case count or to the availability and accessibility of news reports to identify such events."

Separately, though it only starts with 2007, a USA Today catalog of "mass killing" incidents shows no upward trend, and indicated that the were only two such incidents during the first 11 months of 2013 — down from 22 in 2012 and over 90 percent below the average of the previous six years.

CNN went down the same deceptive path as AP, and beyond:

Mass shootings have been occurring more frequently in recent years, an FBI study shows, with nearly one incident a month from 2000 to 2013.

The study, which was released Wednesday, reported 160 incidents during that time, with 486 people killed and 557 wounded. Those figures don't include the deaths or injuries of the shooters.

The bureau called such shootings "active shooter incidents" -- which the report described as "individuals actively engaged in killing or attempting to kill people in populated areas (excluding shootings related to gang or drug violence)."

Readers of the CNN report would likely and erroneously believe that "mass shooting incidents" and "active shooter incidents" are one and the same.

The Washington Post's coverage at its Wonkblog was more measured, and included objections from Alan Fox, the criminologist USA also cited.

... given the way that the report was written, the media has understandably interpreted the report as implying that mass public shootings have massively increased over time. (Aside: I believe Lott is too forgiving here. — Ed.)

... instead of a 16 percent annual growth in fatalities, the actual growth rate (in mass public shooting fatalities) is less than one percent and even that small growth rate is heavily dependent on just one year, 2012. The Obama administration’s FBI report obtained its result by manipulating the data: including non-mass shootings, missing mass shooting cases, and selectively picking the period of time that they examined.

... The FBI’s misleadingly includes cases that aren’t mass shootings – cases where no one or only one person was killed in a public place. While the FBI assures people that it “captured the vast majority of incidents falling within the search criteria,” their report missed 20 shootings where at least two people were killed in a public place. Most of these missing cases took place early on, biasing their results towards showing an increase.

The FBI and the study's authors appear to have stonewalled Lott's critique at the time. That would made sense, if the goal was to influence elections and to give anti-gun groups raw material for their fundraising efforts.

A seemingly impatient Lott went to ACJS Today, a montly publication of the American Criminal Justice Society, and had a paper ("The FBI’s Misinterpretation of the Change in Mass Public Shooting") published in its March 2015 edition. Its conclusion:

Lott's paper drew the authors out. In the May edition of ACJS Today, in a response paper found loaded with barely concealed contempt for Lott (up to and including using only his last name in their paper's title), Pete Blair and M. Hunter Martaindale indirectly admitted to either an incredible level of apathy about what they supposedly considered an important piece of work, or to political motivation (paragraph breaks added by me):

Lott then cites a number of news headlines in which the media mistakenly reported mass shootings were on the rise.

The media reports did not say that mass murders were on the rise; rather, they stated that mass shootings were. We agree with Lott’s assessment that some media outlets got it wrong.

At the press conference releasing the report, we went to great lengths to clarify how active shooter events were different from mass murders and mass shootings. Several speakers made this point and specific sections in the report were highlighted in an attempt to make it clear that, in most of these events, fewer than three people were killed and fewer than five were shot.

While we went to great efforts to avoid misrepresentations by the media, they unfortunately happened anyway. We have little control over this.

We wonder if some members of the media intentionally misreported findings in an attempt to generate a bigger headline or advance their own agendas. Nonetheless, the report does not misrepresent the data.

The authors did not give any indication that they proactively attempted to bring the poor media handling of their study to the related outlets' attention.

As to the data, the authors acknowledged in their writeup that "because official data did not contain the information we needed, we had to develop our own." Business as usual, I see.

So it took over six months, but Blair and Martaindale finally acknowledged that many in the press blew their coverage of the September FBI study, but only in a relatively obscure professional journal. In doing so, they concurrently seem to have admitted that they haven't cared enough about the misrepresentation of their work to try to correct it. In other words, they did nothing to stop what the Eric Holder-run FBI and the Obama administration hoped would feed preelection anti-gun hysteria. In the circumstances, their negligence was way too convenient. I choose Door Number 2: political motivation.

The faulty press reports at AP, CNN and elsewhere are still out there. The authors are still merely wringing their hands. So I guess they're fine with their work being misinterpreted in perpetuity. How unprofessional, irresponsible and shameful.