Will Deener, who has been a business reporter since at least before the turn of the century, considers his most unforgettable experience on the job to be "Covering the crash of the Internet stocks and Enron in 2000-2002."

Sunday evening, the Dallas Morning News columnist moaned about how big U.S. companies engaged in real businesses are avoiding paying billions in taxes because "the nation’s largest companies stockpile billions of dollars in profits overseas." In the process, he assumed that companies would pay the highest federal income tax rate of 35 percent on all overseas profits repatratriated. That's simply wrong, and it's astonishing that someone with his experience doesn't know any better. That level of ignorance largely explains why President Barack Obama, earlier this year, was able to package what was effectively a reversal of decades of tax policy as a "one-time tax" on such earnings — whether or not they were repatriated.

Proof that Deener believes all repatriations would be taxed at the full federal rate is in the following paragraphs:

... The most recent tally showed that since 2005, companies in the Standard & Poor’s 500 index have accumulated $2.13 trillion in untaxed foreign earnings. Actually, that’s a rough estimate. It’s probably much higher. 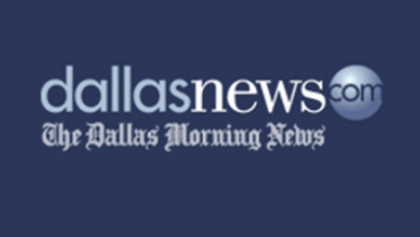 ... in a world of ever stricter U.S. accounting rules, how is it possible that companies get away with this? And secondly, how much lower would the earnings of U.S. companies be if these offshore profits were taxed at the going rate of 35 percent?

... companies get away with this by simply intending to invest these earnings in their overseas operations. When or even if they ever invest overseas is anybody’s guess. The earnings are just indefinitely held offshore (Aside: There's more than a little evidence that companies follow through on those intentions with foreign factories, stores, and the like. All of those earnings aren't just sitting in some segregated bank account somewhere.)

... As to the second question about the impact on earnings, it is substantial.

In 2014, untaxed foreign earnings totaled $182.4 billion. Had these earnings been taxed, S&P 500 earnings would have been reduced by $62.1 billion in tax expense.

The tax figure Deener used is overstated by at least a factor of two.

Dr. Merrill Matthews, resident scholar with the Institute for Policy Innovation, a non-profit, non-partisan free-market think tank based in Irving, Texas, set Deener straight in an email missive (italics are his; bolds are mine):

A Dallas Morning News Columnist Gets It Wrong on Overseas Profits

... Deener leaves the impression that U.S. companies pay no taxes on those foreign profits unless they bring them back, which is not the case. While he does say in the first paragraph companies are “avoiding billions of dollars in U.S. income taxes,” in virtually every other mention he calls them “untaxed foreign earnings.”

But they ARE taxed!

U.S. companies with foreign operations pay those countries’ corporate income taxes, just as foreign companies operating in the U.S. pay the U.S. corporate tax rate on profits earned in the U.S. They are not “untaxed” profits.

Virtually every other developed country operates under a “territorial tax system,” which means that companies domiciled in one country and operating in other countries pay only those foreign countries’ corporate income taxes.

By contrast, the U.S. operates under a “global tax system.” U.S. companies with foreign operations pay the relevant foreign corporate tax rate on those profits, but if they bring that money back to the U.S., they also have to pay U.S. corporate taxes.

Companies get a credit toward the foreign taxes paid, and give Treasury the difference between the foreign taxes and the U.S.’s 35 percent corporate rate, the highest in the developed world. As a result, many companies leave those profits overseas.

If the U.S. corporate tax rate were much lower—say, 20 percent or 25 percent—the difference between the foreign taxes paid and the additional U.S. taxes would be much lower, and in some cases zero, and so there would be less of a tax barrier to repatriating those funds.

Because the U.S. corporate tax rate is the highest in the industrialized world — it really averages 40 percent after state taxes are figured in, with some states at or above 45 percent; only the United Arab Emirates, at 55 percent, have a higher rate — the U.S. is a relatively lousy place from a tax standpoint to be headquartered. This explains why some formerly U.S.-based companies have effectively moved their corporate domiciles offshore.

The linked table from KPMG shows that the vast majority of the world's larger economies have corporate tax rates in the mid-20s to low-30s. Since companies get a dollar-for-dollar credit for income taxes paid elsewhere, the net gain from taxing the $182.4 billion in unrepatriated earnings, instead of being 35 percent as Deener ignorantly assumes, would appear to be at most 15 percent of that amount, or about $27.4 billion.

If the U.S. did indeed lower its combined federal-state rate to an average of 25 percent, the vast majority of the net difference between the U.S. and foreign rates would go away (and disappear in quite a few instances). Companies might then be far more inclined to bring money into and invest further in U.S. opportunities.

That apparently would make too much sense. Thus, earlier this year, President Obama's fiscal 2016 budget proposed a "one-time 14 percent tax on some $2 trillion of untaxed foreign earnings accumulated by U.S." The tax, as proposed, would be imposed "regardless of whether the earnings are repatriated."

Jeff Mason, the Reuters reporter whose story I linked in the previous paragraph, decided not to tell readers that Obama was shooting for a one-time collections windfall of over $280 billion (over $2 trillion times 14 percent), against which no foreign income-tax credits could be applied. Based on the final sentence of his report, which referred to how "a tax credit would be issued for foreign taxes paid" in future years after Obama's one-time tax as if it was something new, he also seemed not to appreciate the fact that companies currently get credit for foreign income taxes paid.

Based on credits for income taxes paid in other countries, it's also likely that the tax bonanza which Obama coveted was greater than the amount of money which would come into the U.S. Treasury if companies suddenly, under current law, decided to repatriate all of that $2 trillion-plus at once. My eyeball estimate, based on the country rates seen in the KPMG table, is that the average effective after-credits rate would be in the neighborhood of 10 percent, yielding $210 billion in collections instead of the Obama proposal's $280 billion.

Will Deener at the Dallas Morning News should know these things, and clearly doesn't. I'm sure he's far from alone among reporters covering the business beat.