Rapper Nicki Minaj Shocker: Having an Abortion as a Teen ‘Haunted Me All My Life’ 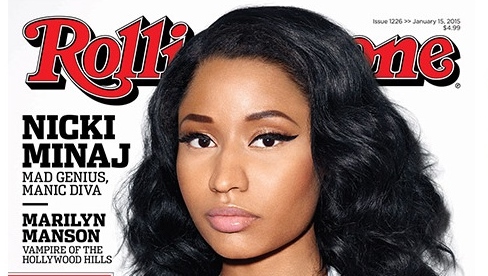 In a Rolling Stone cover story, rapper Nicki Minaj caused jaws to drop when she declared she had an abortion when she was a teenager and it’s “haunted me all my life.”

Us Weekly previously reported Minaj addresses teenage abortion on one of her new songs, "All Things Go," which debuted earlier this month. "My child with Aaron would've been 16 any minute," she raps on the track. Here’s how Rolling Stone previewed that part of the interview:

Minaj's first love was an older guy from Queens she dated while attending the prestigious Manhattan performing-arts high school LaGuardia. When she discovered she was pregnant, "I thought I was going to die," she admits. "I was a teenager. It was the hardest thing I'd ever gone through."

She ended up having an abortion, a decision she says has "haunted me all my life," though it was the right choice for her at the time. "It'd be contradictory if I said I wasn't pro-choice. I wasn't ready. I didn't have anything to offer a child."

She first rapped about the experience on a mixtape track called "Autobiography" she says she "didn't expect anyone to hear." Now the world is listening to every word she says very carefully: "Millions of people are gonna hear it. And you gotta watch everything you say — people find an issue with every fucking thing."

Us Weekly noted Minaj has been open in recent years about wanting to have kids, telling Complex magazine in November that she hopes to be a mom sooner rather than later. "If I'm done with my fifth album and I don't have a child by then, no matter how much money I have, I would be disappointed, as a woman because I feel like I was put here to be a mother.”