New Republic Writer: America’s Never Been Great, But Obama Showed Us How We Might Make It So 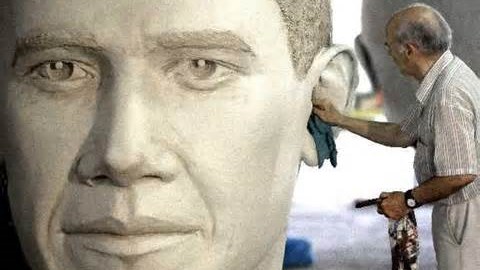 According to The New Republic’s Lovia Gyarkye, one of the less tangible things President Obama has tried to forge is “a liberalism that fuses identity politics with the idea of American greatness.” Clearly, that’s a long way from “Make America Great Again,” especially since Gyarkye believes America’s never been great.

“Obama’s groundbreaking premise,” wrote Gyarkye this past Tuesday, “was that American greatness can be measured, more or less directly, by how much progress African-Americans and other minorities have made toward the full equality that the founding fathers promised.” Forget how the majority fares.

As for Obama’s successor, “the answer to the Trump presidency is not to abandon the progress we have made. It is not to yearn for the past glories of a nation that has wronged so many people. It is to do the hard work of abandoning this country’s self-serving myths, and realizing that America’s greatness is yet to come.”

The headline to Gyarkye's article noted that while some argue "the Democratic Party needs to move beyond identity politics...that's precisely where the country's salvation lies."

Also on Tuesday, Paul Waldman of The Week argued that “all politics is identity politics” (italics in original) and that Trump won because he played the game better:

How exactly do you think Donald Trump got elected?...Trump made an appeal to white identity, one that placed itself in opposition to Latino immigrants, to Muslims, to anyone who doesn't look white. It's not exactly an accident that white supremacists across the country are celebrating his victory.…

To the voters he said that in Trump's America the immigrants would be gone, the Muslims would be shut out, women would know their place, and you as a white person, particularly a white man, would stop feeling like you had to treat those you consider your lessers with respect. Your cultural primacy would be restored, and you'd no longer feel marginalized or left behind.

This promise was so powerful that it managed to overcome all of Trump's gaffes, all his lies, and his manifest lack of preparation for the job. And it managed to turn out many white voters, particularly in the industrial Midwest, who hadn't voted in years.

There's a lot of argument going on about just how much Democrats need to reach out to those white voters, and what's the best way to do it. What we should no longer argue about is that those voters were intensely motivated by their identity, in a backlash to the growing diversity of American society, their feeling that they're being left behind by social change, and the presidency of Barack Obama. When NRA chief Wayne LaPierre says, as he did last year in arguing against Hillary Clinton, "I have to tell you eight years of one demographically-symbolic president is enough," is he coming out against identity politics, or playing his own version? The answer is obvious: He was arguing that it was long past time to restore the presidency to what it ought to be, the province of white men and white men alone. Lots of people agreed.

That's a message that conservative media have been sending relentlessly for years, added in with some Christian identity politics (as in the "War on Christmas").

If you're African-American, deciding your vote on the Republican Party's antipathy toward people like you is perfectly reasonable. Because if a Republican is elected, he'll probably try to make it harder for you to vote, be less inclined to combat racial discrimination, support police practices that could get you harassed or even killed, and generally advocate a wide range of policies that might do you harm.