Blogger: Paul Ryan Would ‘Sell His Own Mother to Bring About…Utopia For the Wealthy’ 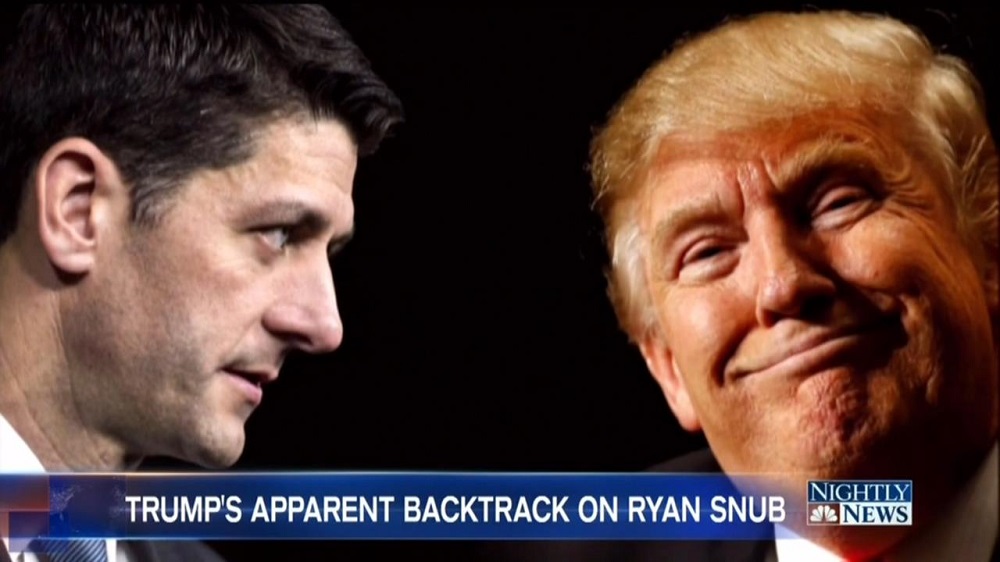 There’s a famous line attributed to Henry Kissinger about the Iran-Iraq war of the 1980s: “It's a pity they can't both lose.” Left-wing Washington Monthly blogger David Atkins adapted Kissinger’s quip for his Tuesday post about whether “vicious, ignorant megalomaniac” Donald Trump is “more contemptible” than “steely-eyed devotee of Ayn Rand” Paul Ryan.

“Trump is a Republican not so much by virtue of agreement with GOP principles so much as his joy in humiliating anyone not already among society’s ‘winners,’” wrote Atkins, while “Ryan’s singular goal in public life is to reduce the taxes of the wealthiest members of society while starving its poorest...Trump is certainly more immediately and obviously dangerous to the world, to racial and religious minorities. He’s hotheaded and unpredictable…Ryan is a colder, more impersonal villain. Donald Trump is the sort of man who would torture you for insulting his mother. Paul Ryan is the sort of man who would sell his own mother to bring about an objectivist utopia for the wealthy.”

Atkins borrowed from the world of participatory fiction for his wrapup (bolding added):

Role-playing game afficionados [sic] often use a 3×3 grid to describe the moral alignment of their characters. On one axis is lawfulness (lawful, [neutral,] and chaotic), and on the other axis is morality (good, neutral, and evil.) Trump represents a form of chaotic evil, Ryan a form of lawful evil. Which is scarier is a matter of ongoing debate, but in the battle for the soul of the GOP one can only hope they both lose.