Liberal Blogger: Of Two-Term Presidents Since World War II, Obama Has the Most ‘Moral Credibility’ 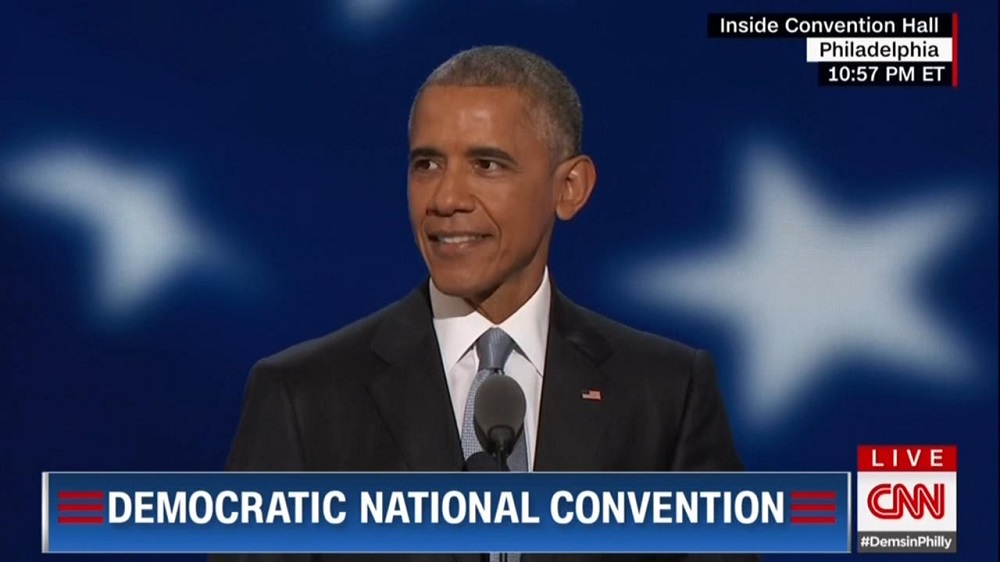 In a few months, Barack Obama will become the fifth post-World War II president to serve two full terms. The Washington Monthly’s Martin Longman thinks Obama tops the other four in terms of “popularity and moral credibility,” as indicated not only by the positive reception Obama got for his Wednesday-night DNC speech boosting Hillary Clinton, but by the public’s curiosity beforehand about what he’d have to say.

In a Thursday post, Longman contrasted Obama with the other two-termers at their last convention as POTUS. He noted that George W. Bush didn’t give his 2008 RNC speech in person, instead addressing the gathering “via satellite…because a hurricane was bearing down on Florida and he didn’t want to look as clueless in response as he had [with] Katrina…There’s no question, however, that John McCain was not itching to have Bush as his character witness.” In 2000, wrote Longman, Al Gore “tried to create distance between himself” and Bill Clinton since “the country was still angry” about Clinton’s sexual shenanigans, and as a result that year’s DNC “was largely a sales pitch for Clintonism without Clinton.”

Longman contended that while Ronald Reagan “was very popular with Republicans [in 1988]…he was less popular nationally having staggered to the end of his presidency through the Iran-Contra Scandal…He did give a speech at the convention, and his approval ratings spiked during his last year in office. However, Clinton actually had higher approval on his last day in office than Reagan enjoyed.” As for Dwight Eisenhower in 1960, Longman ruled him out because Ike “didn’t feel enthusiastic enough about [Richard] Nixon to make a case for him at the convention or any place else.”

Summing up his case for Obama as king of the post-1945 two-termers, Longman began, “Of this whole bunch, Reagan comes the closest to having been able to give a speech like the one Obama gave [Wednesday] night…mak[ing] an impassioned and enthusiastic speech in favor of their successor and have it be well-received.” Nonetheless (bolding added):

But Obama has no Iran-Contra scandal hanging over him. He hasn’t been impeached or had to resign to avoid being convicted. The party doesn’t want to run away from or hide his record.

If you’ve ever been guilty of taking President Obama for granted, you should put an end to that now. On character and performance, he has no recent peer.