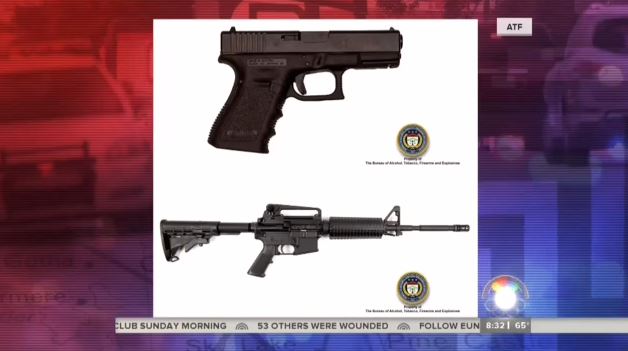 With developments including the Democratic sit-in on the House floor and Sen. Chris Murphy’s yeah-he-went-there allegation that “Republicans have decided to sell weapons to ISIS,” it’s been a busy and highly theatrical week among anti-gun forces. The Daily Beast’s Michael Tomasky thinks the tide on gun issues is turning in favor of liberals, but expects they won’t win decisively until there’s “a tragedy” -- a deadly mass shooting -- “that will make everyone, even the number of Republicans who’d be needed to break a filibuster, say ‘enough.’”

In a Wednesday column headlined “NRA Corpses Pile Up,” Tomasky imagined that such an incident “would have to…click all the demographic boxes just right—a white man who bought an assault weapon with no background check and went on a rampage and killed many white people in a heavily Republican part of the country. I’m not wishing this on anyone, but then, I don’t need to. As we continue to do nothing, the odds increase daily that it will happen.”

Tomasky likened the anti-gun movement to the civil-rights movement in observing that change can go from gradual to rapid (bolding added):

The day Rosa Parks sat down on that bus, I bet not that many people would have predicted that a president would sign a civil rights bill just nine years later. The evil that is the NRA is so thoroughgoing and so repulsive to most Americans that it just can’t last forever. Newtown and Orlando energized millions of people. The LGBT community, I gather, is going to embrace gun-control as an issue. They’re organized, and they have money and clout. The old saying that pro-gun people vote on that issue while anti-gun people don’t isn’t as true as it once was.

…Wayne LaPierre’s day will come, and maybe sooner than we think. And what a day it will be.