As Venezuela's socialism-driven disaster deepens, the press's unwillingness to recognize its cause has gone from being "merely" negligent and outrageous to absolutely disgusting. This obvious failure, which is almost certainly conscious and deliberate, is present even when a journalist's work portraying the human element of the crisis is otherwise compelling. Such is the case with Ernesto Londoño's Saturday report at the New York Times about how refugees fleeing that country are overwhelming the ability of towns in northern Brazil to handle them.

Londoño's 1,500-word report didn't mention "socialism" even once. He also failed to name current Venezuelan President Nicolas Maduro, the country's now-de facto dictator, or predecessor Hugo Chavez, whose Bolivarian socialist government was adored by U.S and world leftists for years, even as he became increasingly authoritarian and hostile to the country's private enterprises. 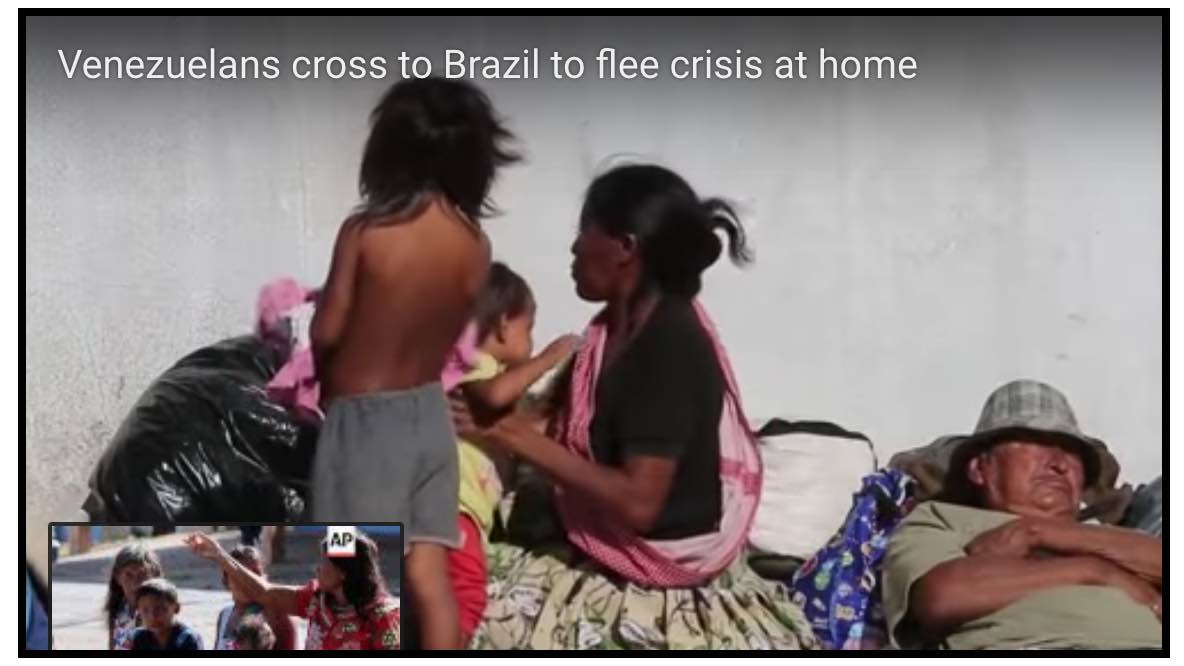 That said, as was the case with another Times report in December about infants and toddlers dying of starvation and lack of adequate medical care (that report by two of its journalists at least mentioned socialism once, but in its 98th of 100 paragraphs), Londoño was strong in portraying the human impact, this time of how the mass exodus is creating growing tension between refugees and their well-meaning and originally generous Brazilian hosts:

The scenes are reminiscent of the waves of desperate migrants who have escaped the wars in Syria and Afghanistan, spurring a backlash in Europe. Yet this is happening in Brazil, where a relentless tide of people fleeing the deepening economic crisis in Venezuela has begun to test the region’s tolerance for immigrants.

... The tens of thousands of Venezuelans who have found refuge in Brazil in recent years are walking proof of a worsening humanitarian crisis that their government claims does not exist.

It would have been very easy for Londoño to tell readers what kind of government created this "deepening economic crisis" and "worsening humanitarian crisis." But he didn't. It's reasonable to believe that he didn't want to.

If the current rate (of flight) remains steady, more than 1.8 million Venezuelans could leave by the end of this year, joining the estimated 1.5 million who have fled the economic crisis to rebuild their lives abroad.

Londoño could have, and should have, told readers that the total of 3.3 million who have left Venezuela represent over 10 percent of its estimated 2016 population of 31.5 million. This would be the equivalent of a two-year mass exodus of 34 million people from the U.S.

Here's more, demonstrating that there really are limits to "open borders," something many on the left have failed to recognize:

As Venezuelans began resettling across Latin America in large numbers in 2015, for the most part they found open borders and paths to legal residency in neighboring countries.

But as their numbers have swelled — and as a larger share of recent migrants arrive without savings and in need of medical care — some officials in the region have begun to question the wisdom of open borders.