On Tuesday, David Roberts at the hopelessly left-biased Vox.com promoted a decidedly negative form of supply-side economics, namely "policies that choke off fossil fuels at their origin." He, and the authors of a paper he referenced which advocates "restrictive supply-side climate policies," act as if this is something new, when governments and sometimes violent envirozealots have long engaged in these activities.

There is a bias in climate policy shared by analysts, politicians, and pundits across the political spectrum so common it is rarely remarked upon. To put it bluntly: Nobody, at least nobody in power, wants to restrict the supply of fossil fuels. 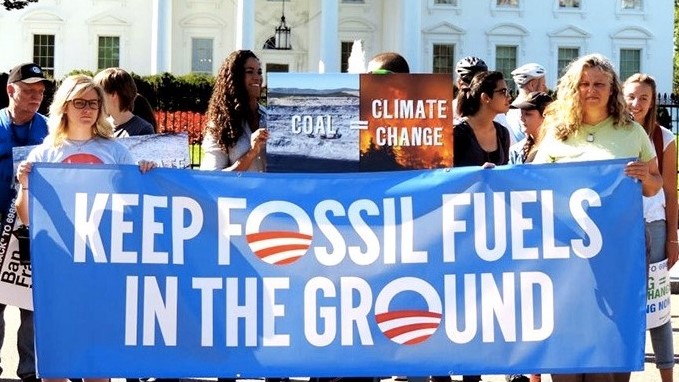 The bolded statement could not be more ridiculous:

Roberts also betrayed sympathy for "direct action," aka criminal activity which disrupts pipeline and other operations:

Policies that choke off fossil fuels at their origin — shutting down mines and wells; banning new ones; opting against new pipelines, refineries, and export terminals — have been embraced by climate activists, picking up steam with the Keystone pipeline protests and the recent direct action of the Valve Turners.

These “valve turners” engaged in a coordinated attempt to shut off pipelines in four states. One of them finally received a three-year prison sentence in February.

But darn it, per Robert, mainstream environmentalists are just too soft:

But they are looked upon with some disdain by the climate intelligentsia, who are united in their belief that such strategies are economically suboptimal and politically counterproductive.

Now a pair of economists ... (argue) that restrictive supply-side (RSS) climate policies have unique economic and political benefits and deserve a place alongside carbon prices and renewable energy supports in the climate policy toolkit.

Roberts reproduced the following table from the study:

Only a fool or a dedicated, cocooned Vox reader could possibly believe that the strategies identified in the gray-shaded box — accompanied by quiet sympathy for the violent actors — aren't already key components of envirozealots' and supportive politicians' economy-choking strategies.