Democrat Conor Lamb was declared the narrow special congressional election winner Tuesday in PA-18, where voters are predominantly pro-life. Lamb, with media help, came across as "pro-life." He's not — and his successful deception may portend an effort by abortion proponents and their lockstep establishment press supporters to spread disinformation about Democratic candidates' true abortion positions nationwide.

Amber Athey at CatholicVote.org was briefly among those fooled by Tuesday night's media coverage: 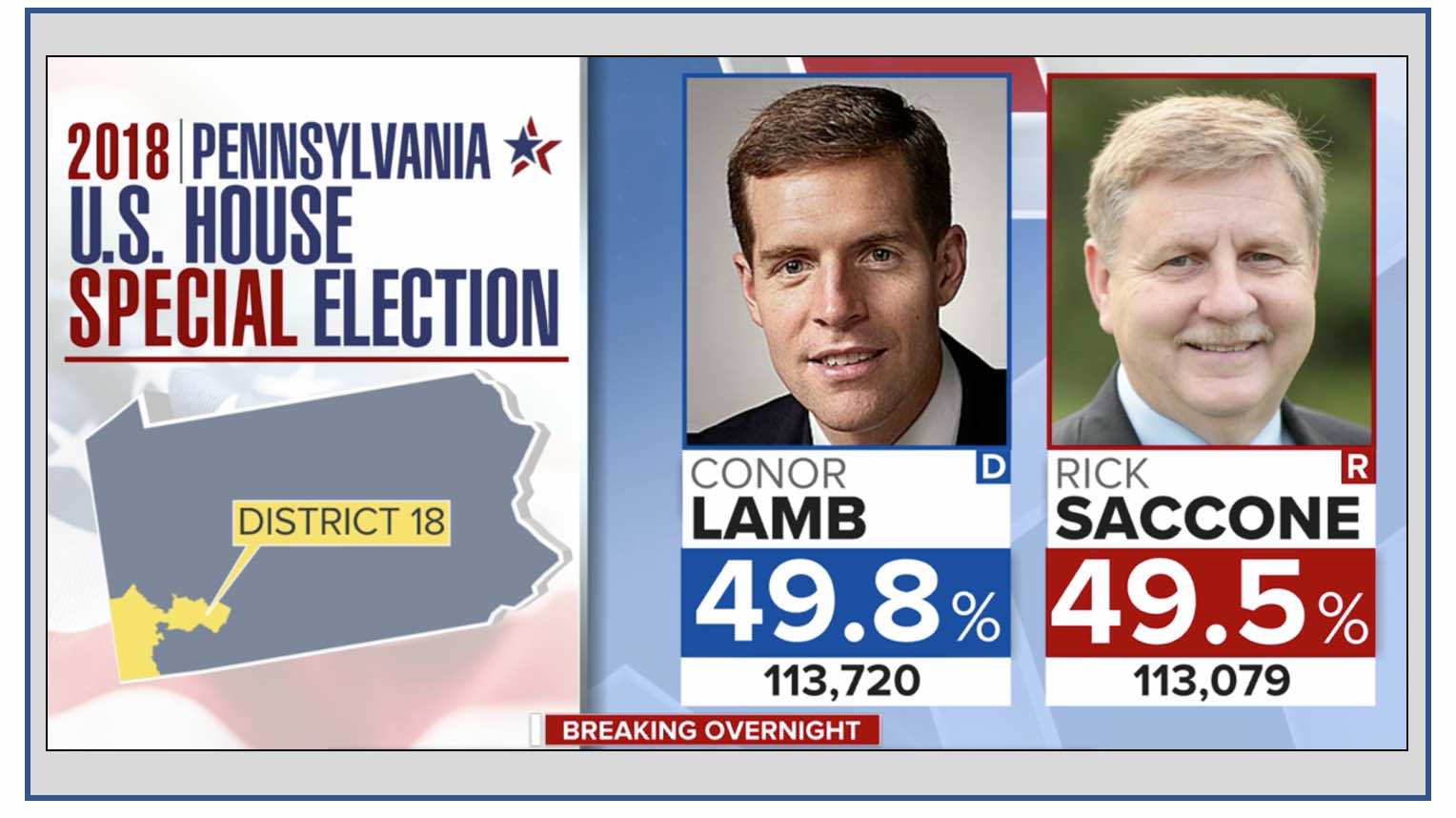 Shortly before 11 PM, I fired off a tweet arguing that a Lamb victory wouldn’t be evidence of a Democratic “blue wave” because he ran on relatively conservative pro-gun and pro-life policies in a blue-collar district.

It turns out that I was wrong — but only because, despite popular misconception, Lamb isn’t pro-life at all.

Throughout the night, I had heard claims that Lamb is pro-life across the cable news channels playing in my office.

There was no excuse for this. Six days earlier, the Washington Examiner's Maureen Ferguson exposed Lamb's true beliefs:

In a recent interview .... (he said) he would vote against any limits on abortion, and would even oppose a recent bill to ban abortion past 20 weeks of pregnancy.

“I just want to say, I don’t use the term ‘pro-life’ to describe what I personally believe, because that’s a political term,” he said. “It’s not one that you learn in Catholic school or anywhere else in the church.”

Lamb told the Washington Post's Dave Weigel: “I come from a Catholic background, (but) choice is the law of the land.” Even if he genuinely opposed abortion, Lamb wouldn't fight to end it.

Further, Ferguson demonstrated, if Lamb never "learned" the term "pro-life," it isn't because he never heard it:

The diocese of Pittsburgh promotes Pro-Life Sunday, while the U.S. Conference of Catholic Bishops has a committee on “pro-life activities.” Catholic schools teach ... that human life “must be respected and protected absolutely from the moment of conception.”

Saturday, National Review also exposed Lamb's true beliefs on abortion, reminding readers: "... being (genuinely) pro-life on the issue of abortion is a non-negotiable teaching for members of the Catholic Church."

There is substantial evidence that Lamb, Democrats, and the establishment press fooled PA-18's voters. That effort has continued.

A caption found at ABC's election coverage at its YouTube channel shows that one voter was completely misled (at the video's 4:29:49 mark):

ED RENDELL: ... He's pro-life, though he would vote to keep Planned Parenthood up and running.

In Cuomo's world, a non-"simple" but "rhetorically pro life" position magically checks off every single pro-abortion box and does nothing to restrict the heinous practice.

Conor Lamb, the Democratic Party, and their media enablers scammed PA-18's pro-life voters, arguably achieving victory only because they did.