Thursday afternoon, Media Research Center President Brent Bozell sharply criticized the establishment press for ignoring damning new information about how Russia, according to a blockbuster report at The Hill, gained "control of more than 20 percent of America’s uranium supply."

Two-and-a-half days later, the Associated Press has finally reacted — by treating the report as a mere "reprise" of old news.

Even though the AP report as seen at Raleigh, North Carolina's NewsAndObserver.com web site has a Thursday time stamp of 6:04 p.m., a search on "uranium" at its own APNews.com web site at 8:10 p.m. Eastern Time Thursday (screen grab is here for future reference) carried no story on the matter. (The story was still not present when this post was completed.)

The AP would be wise to continue to keep the story off its own site, because it's so utterly embarrassing. Ken Thomas — seen as the story's reporter at this Minneapolis Star Tribune link — omitted almost every new bit of information learned about the Russian uranium deal, and clearly wanted readers to believe that the story's revival is just another example of President Donald Trump bringing up a matter that was supposedly been settled without controversy:

Re-airing campaign allegations, President Donald Trump is pointing to an Obama era uranium deal as the "real Russia story" in contrast to a broader inquiry into Russian meddling during the 2016 election.

Trump told reporters Thursday in the Oval Office that media outlets have failed to adequately cover the purchase of American uranium mines by a Russian-backed company in 2010, an issue which Democrats have dismissed as widely debunked. The agreement was reached while Hillary Clinton led the State Department and some investors in the company had relationships with former President Bill Clinton and donated to the Clinton Foundation.

As he attempts to push back against the investigation led by special counsel Robert Mueller, Trump has sought to link his former Democratic presidential rival to Russia's purchase of Uranium One and accused Hillary Clinton of selling one-fifth of the nation's uranium. Democrats contend Trump is seeking to deflect from the Russia probe and his friendly rhetoric toward Russian President Vladimir Putin. ...

Thomas's truth avoidance is a sight to behold.

The inquiry into alleged Trump campaign-Russia collusion may be "broader," but it has come up with nothing of substance after over a year of bogus claims and over five months of harassing investigations by Special Counsel Robert Mueller. Instead, we've seen a parade of supposedly alarming items based on anonymous sourcing routinely exposed as fake news, usually within 24-48 hours.

Note that it's good enough for Thomas that "Democrats have debunked" the idea that corruption was involved in the 2010 uranium deal. So? Since when does a political party "debunk" cold, hard facts?

Despite Thomas dressing the matter up as old news, a Tuesday New York Post editorial reminded readers of the following (links are in original): 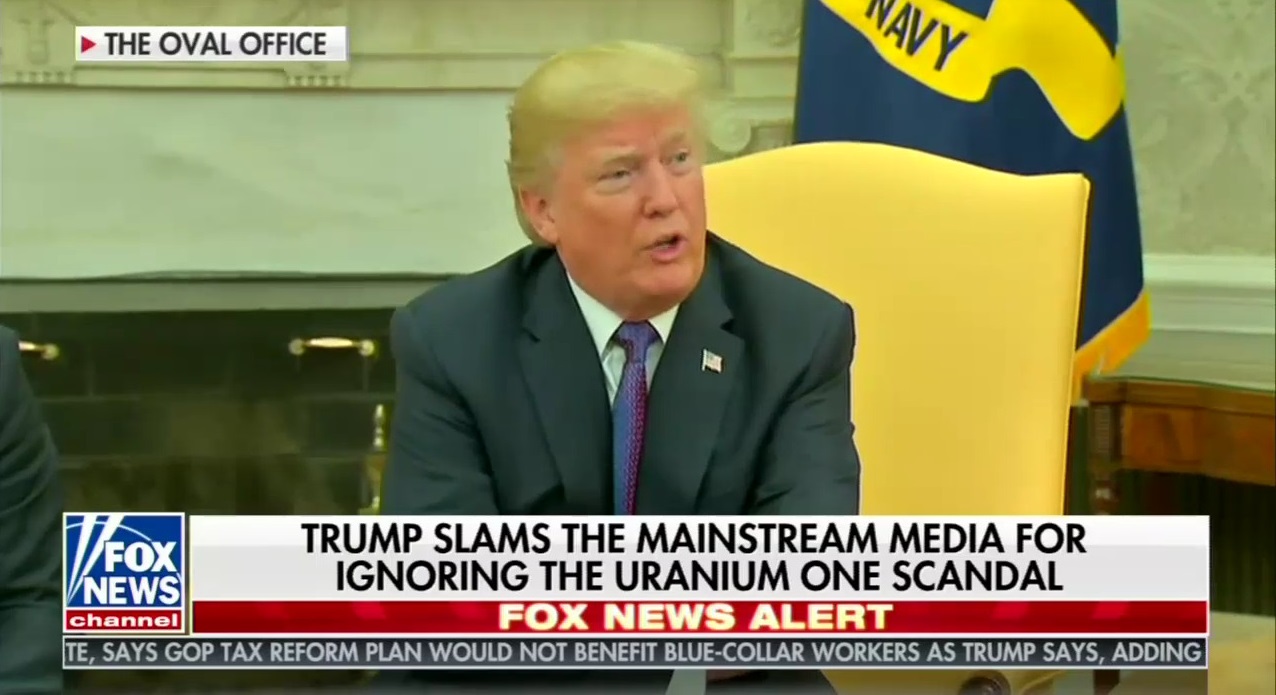 Peter Schweizer got onto part of the scandal in his 2015 book, “Clinton Cash”: the gifts of $145 million to the Clinton Foundation, and the $500,000 fee to Bill for a single speech, by individuals involved in a deal that required Hillary Clinton’s approval.

The New York Times confirmed and followed up on Schweizer’s reporting — all of it denounced by Hillary as a partisan hit job.

Thomas knows darned well that readers would and should be interested in the amount of money which flowed into the Clinton Foundation coinciding with the Russia-uranium deal. The only plausible reason he didn't disclose it is because he and the AP don't want readers and subscribers to grasp the breathtaking scope of the corruption involved.

A rundown of more current information Thomas left out of his dispatch would require copying and pasting nearly all of both The Hill's report and subsequent findings reported at Circa.com.

Though each report should be read and understood in full, we'll have to settle for presenting their headlines and opening paragraphs, each of which makes it sufficiently obvious that the Associated Press and Ken Thomas have no interest in communicating the truth.

Bozell was absolutely correct to call out the press for its past two days of negligence in asserting that "The media’s censorship of this scandal is irresponsible and unacceptable." Thanks to the Associated Press and Ken Thomas, we can add "deliberately deceptive" to Bozell's critique.