Those first two claims of difficulty should not apply in this day and age when you're quoting what someone actually said. Despite the obvious ease of that task, The Times has misquoted President Donald Trump, using quote marks, at least five times during the month of August alone.

On Tuesday, Rachel Stoltzfoos at the Daily Caller presented those five erroneous quotes, all of which required Times corrections. A closer look at those five corrections and other changes made to the underlying articles from the first draft to final publication found at the indispensable NewsDiffs.org demonstrates the paper's clear intent to make President Trump look as bad as it possibly can. 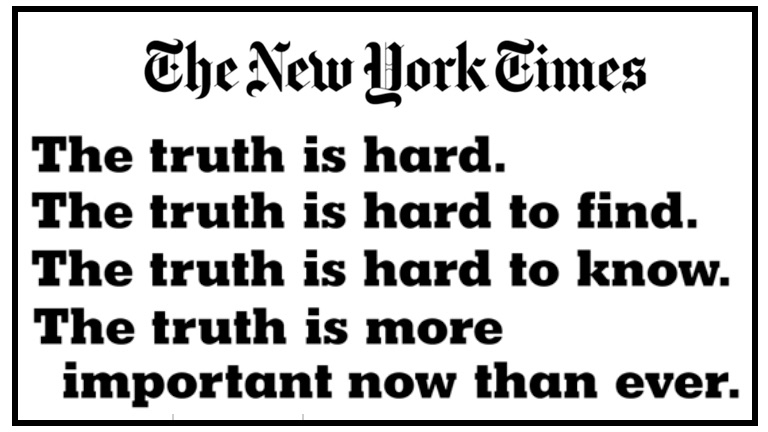 Glenn Thrush bungled the quote in a report on the furious reaction to Trump’s remarks.

How incredibly predictable it is that the misquoted "all sides" makes Trump look like he was irresponsibly blaming everyone involved when he really only going after "many" of them. NewsDiffs shows that Thrush's work underwent 16 revisions before supposedly achieving its final form — and it's hard to even be sure of that, because the Times's current headline — "New Outcry as Trump Rebukes Charlottesville Racists 2 Days Later" — differs from the most recent one NewsDiffs is carrying.

In Stoltzfoos's second example, she tags Andrew Ross Sorkin for making the identical mistake Thrush made. One has to wonder if Thrush and Sorkin compared notes to make sure their misquotes were consistent.

The next day, star reporters Maggie Haberman and Michael Shear misquoted what Trump said about the push to tear down Confederate statues in a critical story about his press conference that Tuesday.

“Correction: August 15, 2017 An earlier version of this report incorrectly quoted President Trump’s words about taking down statues of historical leaders. His correct quote is: ‘So this week, it is Robert E. Lee. I noticed that Stonewall Jackson is coming down. I wonder, is it George Washington next week? And is it Thomas Jefferson the week after? You know, you really do have to ask yourself, where does it stop?'”

NewsDiffs shows that this Times item also was revised 16 times. Note that the paper wouldn't tell us what the original incorrect quote was. Here's what the Times pair originally wrote before it made its correction in the 14th revision:

“So this week, it is Robert E. Lee and this week, Stonewall Jackson. Is it George Washington next? You have to ask yourself, where does it stop?” he said, noting that the first American president had owned slaves.

The relevant White House transcript shows that Trump didn't mention that Washington owned slaves until several minutes later. The Times makes it appears as if that slave-owning reference occurred at the same time as he asked his rhetorical questions. The Times's final product contains no reference to slavery whatsoever. I guess entertaining the prospect of tearing down every monument to every Founding Father who owned slaves, including Thomas Jefferson, the person to whom the modern Democratic Party traces its original heritage, was a bit too much to handle.

A NYT reporter falsely claimed Trump said “alt-left” protesters were “solely responsible” for the violence in another mistaken report a few days later.

“Correction: August 18, 2017 The Common Sense column on Thursday, about the calculus of chief executives in deciding whether to take on the president, referred incompletely to President Trump’s comments on Tuesday about the instigators of last weekend’s violence in Charlottesville, Va. He said there was ‘blame on both sides,’ including club-wielding members of what he called the ‘alt-left’; he did not say that group was solely responsible.”

No amount of lipstick will beautify this piggish move. The false quote, placed in quote marks, was completely made up. Naturally, it made it look like Trump was only faulting the "alt-left" while virtually exonerating the "alt-right." This underhanded move by reporter James B. Stewart arguably influenced many gullible DC Beltway politicians who still naively believe that they can trust what they read in the Times to denounce Trump without justification.

More than 10 days after Trump’s initial statement on Charlottesville, the paper issued yet another correction, again regarding Trump’s remarks on Charlottesville at Trump Tower that Tuesday after the violence.

In other words, 10 days later, The Times still couldn't get it right. Why should we believe that they ever genuinely intend to get it right the first time without having to issue subsequent corrections almost no one will read?

Thus, The Times, as it laughably claims to dedicated to the truth, can't even transcribe it correctly from their reporters' tape recorders, and/or won't compare what they think they heard to what the White House has actually published. Why anyone still presumptively trusts anything seen in this newspaper or at its web site is completely beyond me.

The paper's alleged dedication to the truth is a sick joke.