Now that Facebook and more recently Google have designated it as one of several approved "fake news" identifiers, the profile of Snopes.com, a website which has been using “fact-checking” as a shield to advance a left-supporting, right-bashing agenda for over two decades, has risen.

Its quality certainly hasn't. Recently, the website shamelessly used the same sensible argument others have used for decades about the gender-based "pay gap" myth to defend Massachusetts Senator Elizabeth Warren, who rejects that very same argument.

Recall that Senator Warren, including in a speech at least year's Democratic National Convention, has, in the words of Diana Furchtgott-Roth at the Manhattan Institute, "lamented that American women do not earn 'equal pay for equal work.'"

Furchtgott-Roth noted the utterly illogical basis for this claim (bolds are mine throughout this post):

The latest U.S. Department of Labor data show that women working full-time make 81 percent of full-time men’s wages. But this figure is both inaccurate and misleading. This statistic looks only at raw averages and does not take into account factors such as education, skills, and hours worked.

The Washington Free Beacon used the raw averages method Warren and other so-called "equal pay" proponents have used for decades, and applied it the salaries of Warren's staff in 2016. Lo and behold, the website's Brent Scher found the following:

... women working for Warren were paid just 71 cents for every dollar paid to men during the 2016 fiscal year, according to a Washington Free Beacon analysis.

This game of "gotcha" has a history. In 2014, it was played on the Obama White House, which shared Warren's sentiments:

... salary reports show that he’s paying women 88 cents on the dollar; on average that’s $9,000 a year less than he pays men. These are the same bogus numbers the president uses against private employers. When his nostrums are applied to the White House, excuses fly.

Perhaps because excuses weren't flying out of Liz Warren's office after the Free Beacon's report — in fact, on April 4, she failed to even recognize Equal Pay Day on her Senate website for the first time in her Senate career, after being a particularly strident proponent of it last year — and because center-right news outlets and blogs had a field day relaying ridicule far and wide, Snopes felt that it had to step in to defend a prominent leftist's alleged honor.

But look at the line of argument the website's Bethania Palma used (HT Powerline): 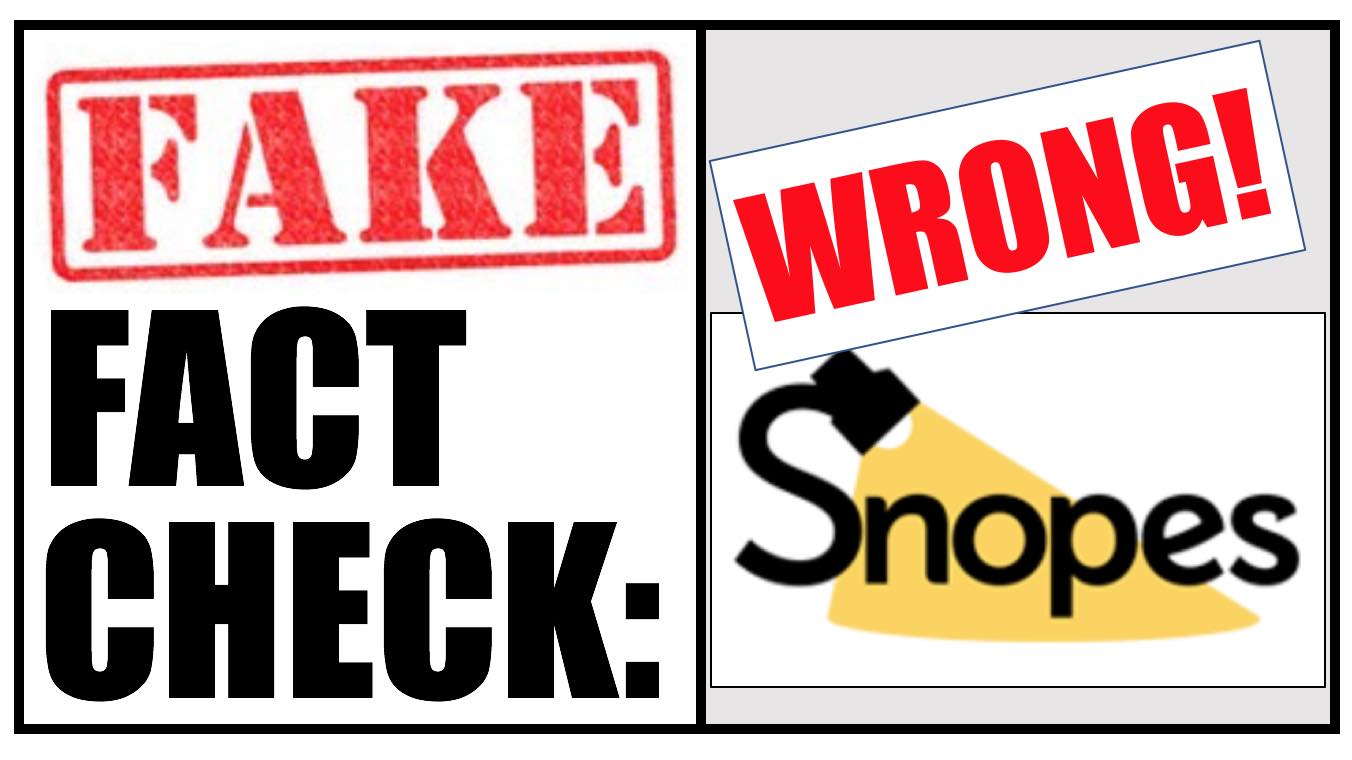 ... the implied claim that Warren pays women less than men for equivalent work is flawed because the Free Beacon report didn’t account for differing pay among job titles — in other words, it was an apples-to-oranges comparison that didn’t actually compare the pay of workers of both genders who perform equivalent job duties.

(The Free Beacon) merely uses the aggregate pay gap in the same simplistic way that feminists have been using for decades.

What's more, Snopes utterly failed to note that Warren herself has used the same argument on a national scale that the Free Beacon's Scher used to analyze pay in her Senate office. Put another way, Snopes used an argument based on position, education and experience that Warren herself soundly rejects (if for the moment very quietly), and in a complete integrity fail, chose not to disclose that inconvenient fact.

“In the year 2016, at a time with self-driving cars and computers that sit on your wrist, women still make only 79 cents for every dollar a man makes,” she continued. “And we’re still standing here in the United States Congress debating whether a woman should get fired for asking what the guy down the hall makes for doing exactly the same job.”

Given this way too easy takedown, why are Facebook and Google relying at all on what Powerline's Hayward described as "The Dopes at Snopes" to ferret out so-called "fake news" and false claims?

If you think that's bad, look at who else Google has engaged, per Joseph Curl at the Daily Wire on Monday: Salon and Buzzfeed.