In early February, Meetup.com, a site which until late January was all about "bring(ing) people together in thousands of cities to do more of what they want to do in life" by helping people subscribe to common interest groups and organize meetings, joined "the resistance." On Sunday, Steve Peoples at the Associated Press spent 14 paragraphs treating the moves as a brand-new effort, leaving only readers who get to his 15th paragraph to wonder about the financial impact thus far of the company's abandonment of all pretenses of neutrality.

The company announced the results of an internal week-long “resist-a-thon” on February 6 (bolds are mine throughout this post):

For almost 15 years, Meetup has served as an organizing platform for a wide range of political parties and movements, welcoming everyone from the Howard Deaniacs to the Tea Party. “We’re vital plumbing for democracy,” we always said. Before today, our company had never taken a partisan stance. It’s not a decision we take lightly.

But after Donald Trump’s order to block people on the basis of nationality and religion, a line had been crossed. ... We felt a duty to spark more activity and broaden civic participation.

As champions of democracy, equality, human rights, social justice, and sustainability, more people (than ever!) are ready to organize, take to the streets, visit town hall meetings, pick up the phone, paint signs, and huddle to make their voices heard.

We are Meetup, dammit! We needed to act.

So last week we stopped normal operations for a company-wide hackathon (a “resist-a-thon”) to help people get involved.

We created 1,000+ #Resist Meetup Groups to act as local hubs for these actions:

Imagine how anyone at the company who has admitted to voting for Donald Trump or has ever expressed a single positive thought about him must have felt during the "resist-a-thon," and since then. This would appear to be the very definition of a hostile working environment, even for those, regardless of their political beliefs, who have expressed any hesitation or reservation about the company's direction. The guess here is that even people who didn't vote haven't escaped the wrath of "the resistance." ("What? You didn't vote! You're part of the problem! Silence is consent!")

Can anyone imagine how tea party and other conservative groups must feel about having sent money all these years to an organization which posed as a real company for almost 15 years, and has now decided to turn itself into a de facto online far-left, anti-Trump, political action platform?

The guess here is that the first six weeks of #Resist didn't go all that well financially. It would make sense that this is the case, simply because most groups which don't buy into or are offended by the company's move — even completely apolitical groups for hobbyists and the like — are certainly smart enough to realize that their continued participation and related financial support are now subsidizing the company's extensive far-left freebies. It would be reasonable to believe that many such groups have concluded that abandoning the platform while taking their planning efforts and money elsewhere is the only viable option.

A second reason why the effort appears not to have gone well is that the AP's Peoples didn't disclose when it began until the 15th paragraph of his dispatch. If it was such a great idea and a clearly successful growth strategy destined to bear financial fruit, one would think that the company would be eager to tell us.

Instead, the wire service reporter spent 14 paragraphs pretending that the effort is just now starting (bolds, with the exception of the "labor group" partnership, indicate misleading attempts to portray the company's effort as just beginning):

Meetup is taking a leap into the Trump resistance. 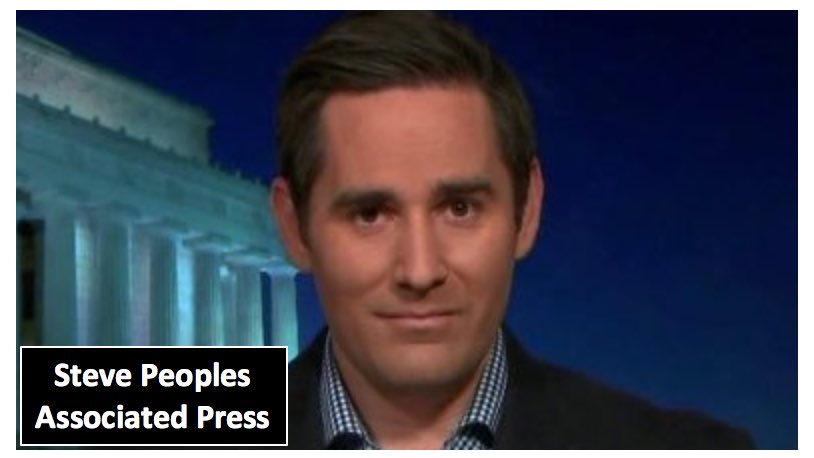 The New York-based networking site will unveil plans in the coming days to partner with a labor group - under the guidance of a former Hillary Clinton aide - to coordinate protests among more than 120,000 activists already involved with anti-Trump Meetup groups.

It's a risky move for a tech company that has helped millions come together to share interests of all kinds, from hiking to languages to President Donald Trump himself. But it reflects an increasing willingness of some major technology firms to push back against the Republican president.

Meetup CEO Scott Heiferman told The Associated Press that the new arrangement, to be known only as #Resist, gives the loosely organized protest movement the infrastructure needed to execute large responses to the new president's policies.

"It's one thing for a CEO to say, 'I'm going to stand up against a politician,'" Heiferman said. "It's even further for the company itself to mobilize people."

To this point, no one reading Peoples' report will know that the company achieved its "120,000 activists" largely by giving away its services and launching the related "resistance groups" itself, or that #Resist has really been around for six weeks.

Finally, in Paragraph 15, the AP reporter disclosed the original "resist-a-thon," detailed the company's announced hiring of a Democratic Party/Hillary Clinton political campaign operative, and noted that the company's move has met with its own resistance from customers:

Disturbed by Trump's initial push for a travel ban, the firm held a company-wide "resist-a-thon" last month and unveiled more than 1,000 new "#resist" Meetup groups that didn't have to pay the standard $15 monthly fee to advertise their events on the site. Currently, there are more than 1,000 Meetup groups devoted to the Trump resistance across the country.

Meetup hired Clinton's former digital organizing director, Jess Morales Rocketto, to coordinate the new organizing platform with a group allied with the National Domestic Workers Alliance. (Does the "group" have a name? — Ed.)

Such actions alienated customers like Maria Lozinsky, a Trump supporter in Aurora, Colorado. She reacted by disbanding Meetup groups she had led for people interested in interior design and science fiction.

A report from Peoples, who, in the face of heavy competition, has for years demonstrated that he is one of the most insufferably biased reporters the AP employs, usually contains at least one obviously false statement. This one has two.

The first: "Meetup won't be restricting the ability of pro-Trump groups to use its main site, which it insists is nonpartisan." Sure, Steve. The company is giving away over $180,000 a year of its services (1,000+ groups at $15 per month times 12), and has hired a pricey Clinton operative to steer those free efforts. The better question is whether the company is getting reimbursed by any well-off leftists or leftist groups for the services it is giving away and the extra expenses it is taking on.

The second: "Ultimately, however, political stands by businesses often have little long-term impact on a company's brand, said Robert Passikoff, president of Brand Keys Inc., a New York customer research firm." I would suggest that if permitted total candor, the folks currently running Target and Macy's, as well as the top management at Ford a decade ago, would strongly disagree with that statement.