It hasn't taken much time for the seedy, left agenda-driven unprofessionalism of Politico alum Glenn Thrush, who while there sent "an entire section of an article pertaining to (Hillary Clinton campaign manager) Podesta for approval before publication," to make its presence felt at the New York Times, his new place of employment. In a Friday diatribe disguised as a dispatch which appeared on the front page of the paper's Saturday print edition above the fold, Thrush quoted six words from Trump's speech earlier that day at CPAC, and deliberately misinterpreted them.

Thrush claimed that Trump's speech "included a promise to throw undocumented immigrants 'the hell out of the country.'" No it didn't. The speech transcript and the actual video confirm that Trump said "the hell out of our country" twice. In neither instance did Trump come anywhere close to referring to "undocumented" or illegal "immigrants" in general.

Roughly half way through his speech, Trump said the following (bolds are mine throughout this post):

We are also going to save countless American lives. As we speak today, immigration officers are finding the gang members, the drug dealers and the criminal aliens, and throwing them the hell out of our country. (Applause.) And we will not let them back in. They're not coming back in, folks. (Applause.) If they do, they're going to have bigger problems than they ever dreamt of.

So let me state this as clearly as I can: We are going to keep radical Islamic terrorists the hell out of our country. (Applause.) We will not be deterred from this course, and in a matter of days, we will be taking brand new action to protect out people and keep America safe. You will see the action.

The first passage is supposed to support what Thrush claimed Trump said. It clearly doesn't. Thrush twisted it to feed the left-driven hysteria over the President of the United States enforcing the law. 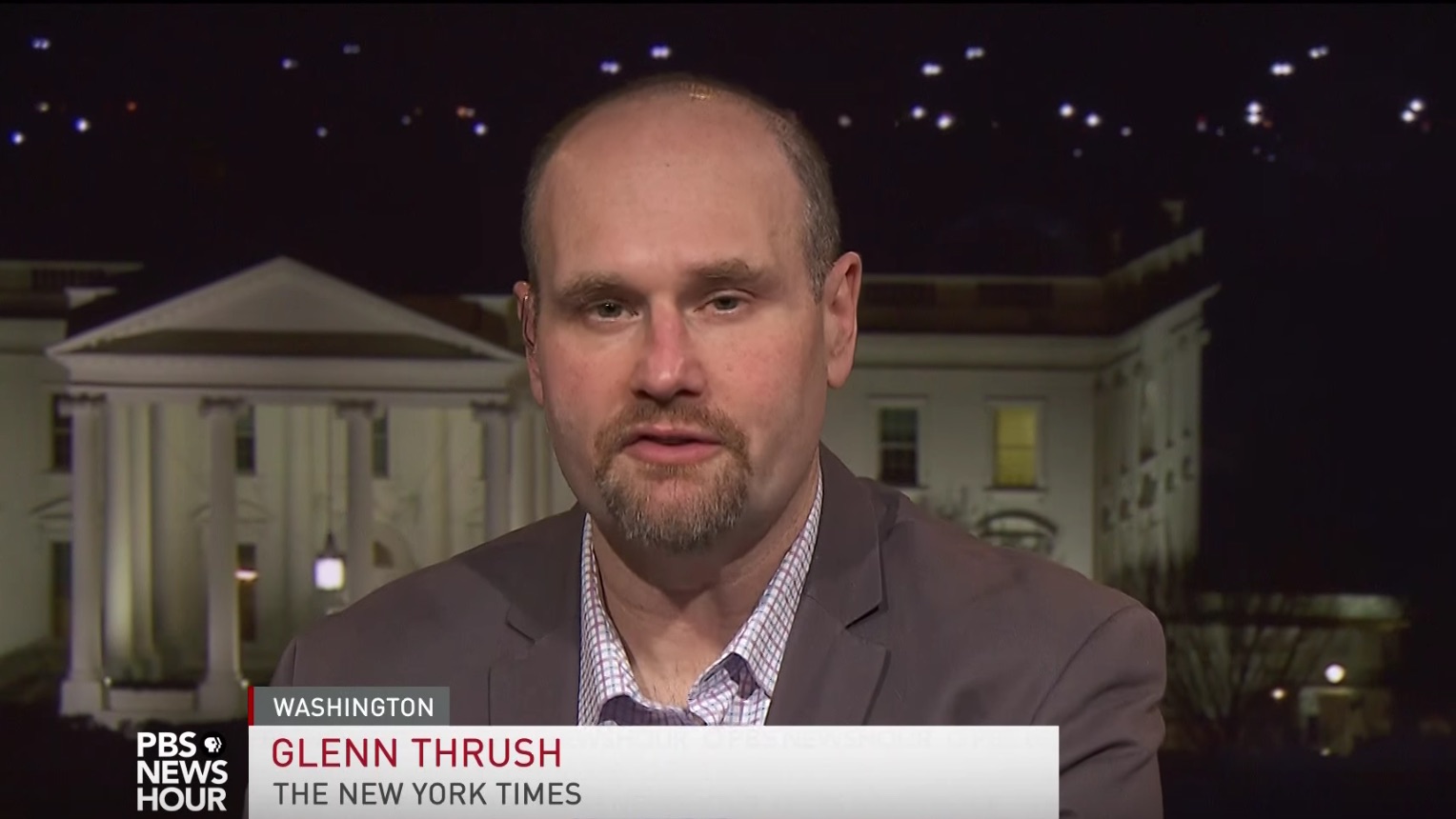 A day after his secretive chief strategist laid out a hard-edged new definition of conservatism animated by attacks on “the administrative state,” globalism and the “corporatist media,” Mr. Trump delivered a visceral gut punch of a speech that executed almost all of the tactics that define the forever-war philosophy of the Trump-Bannon West Wing.

Speaking to the Conservative Political Action Conference on Friday, Mr. Trump launched what was easily the most blistering attack on the media and corporate elites of his already bellicose and eventful presidency. His speech also included a promise to throw undocumented immigrants “the hell out of the country” and a recitation of his law-and-order campaign promises. It represented a not-entirely friendly takeover of CPAC, an establishment Republican group whose leadership once viewed the party’s surprise standard-bearer as a noisy interloper.

Mr. Bannon, the former Breitbart chief executive who has a hand in nearly every scripted public Trump utterance, had expressed a similar sentiment at the conference the day before.

... Mr. Trump is intensifying his assault on his enemies on the eve of his first national address before a joint session of Congress, a time when most new presidents are moving in the opposite direction, pivoting from martial campaign rhetoric to the more positive, inclusive language of governance needed to build the coalition necessary to pass major legislation.

Does anyone recall Barack Obama in 2009, when he was a "new president," moving to "more positive, inclusive language of governance"? Neither do I. What I recall is the President and his Congress passing an $800 billion "stimulus" package which failed to stimulate anything except the beginning of the worst post-World War II post-recession "recovery" on record.

On January 23, 2009, as Jonathan Weisman reported in the Wall Street Journal:

The top congressional leaders from both parties gathered at the White House for a working discussion over the shape and size of President Barack Obama’s economic stimulus plan. The meeting was designed to promote bipartisanship.

But Obama showed that in an ideological debate, he’s not averse to using a jab.

Challenged by one Republican senator over the contents of the package, the new president, according to participants, replied: “I won.”

... With those two words — “I won” — the Democratic president let the Republicans know that debate has been put to rest Nov. 4.

Obama was so uninterested in compromise that he didn't mind jeopardizing the careers of several Democrats in congressional swing districts who supported the stimulus, and then his hyperpartisan Affordable Care Act.

Bill Clinton's interest in "more positive, inclusive language" in 1993 was similarly absent as he reneged on his promise to enact a middle class tax cut, tried (and failed at the time) to unilaterally impose unconditional acceptance of homosexuals in the military, and was rebuffed by a Republican filibuster in his initial attempt to pass his own stimulus.

The presidential party change before that was Ronald Reagan's succession of Jimmy Carter. Reagan's aides and transition team were bitterly criticized in the press and by Democrats after his electoral victory and during his first term's early months for pointing out how bad the nation's economic situation was. But it was really bad, with 13 percent inflation, interest rates of over 20 percent, and rising unemployment.

Thus, what Glenn Thrush says has typically happened in the early months of new regime-change administrations hasn't happened in at least 40 years. So it's hardly surprising that Thrush's claim that Donald Trump was referring to "undocumented immigrants" in general on Friday isn't what the President said. Trump never used the word "undocumented," and used "illegal," its more truthful counterpart, just once — in connection with stopping the flow of new illegal immigrants.

In one telling email exchange contained in the WikiLeaks documents relating to the Podesta matter noted earlier, Thrush wrote: "Because I have become a hack I will send u the whole section that pertains to u. Please don’t share or tell anyone I did this Tell me if I f****d up anything."

Thrush obviously "f****d up" his sense of what journalism is long ago, as his reaction to being caught was utterly unapologetic ("Little unnerving -- but fascinating to be in the middle of a ginned-up, self-serving shit-storm pushed by fake, in-the-bag partisan media").

That the Times hired Thrush despite (or maybe because of) all of this, and allows him to put dreck like that seen above on Page 1 above the fold, tells you all you need to know about the accuracy of one of its more recent slogans: "Truth: It's grounded in facts."

If Glenn Thrush is the reporter, one can expect extreme difficulty in finding truth or facts.