Here's an update from the “fake news” front: The Associated Press published an unbylined “Fact Check” of what anyone with an ounce of sense could see is a satirical article published almost 15 months ago.

That’s only the start. PolitiFact also “fact-checked” a December 23, 2016 version it knew was of that same 15 month-old item and gave it a “Pants on Fire" rating. What in the name of Mark Zuckerberg is going on?

The original satirical article (really satire, similar to the Onion but only a bit less obvious) alleged that President Barack Obama is a Muslim, but more pointedly claimed that he is gay to a very promiscuous degree, according to a mythical Secret Service agent named “Paul Horner” who authored a non-existent book called "The Black House" (a twofer — the opposite of "White House" with racial overtones). It originally appeared on October 2, 2015 at a website whose primary URL, nbc.com.co, is obviously meant to attract initial clicks from the uninformed.

The photo at the web site shows Obama at the left. Two supposed Secret Service agents walking with him are either identical twins or the same person Photoshopped in twice.

It’s highly doubtful that more than a very, very few who clicked over and viewed the story believed it. Its core contention is "that President Obama is not only gay, but a radical Muslim as well."

Horner allegedly told an "NBC" newsman that “I saw many men coming and going from Obama’s room, at all hours. I would say a good portion of the men, over fifty-percent, were Muslim."

These following other tidbits from the original article clearly flag it as satire. Here’s the first:

Downey (a non-existing newsperson for the non-existing “NBC,” asking a question of the mythical “Horner”): “Your book spends a whole chapter devoted to the various 'tortures' that Obama and the First Lady would subject you to. Can you explain?”

Horner: “Because I was white, Obama would force me to listen to Diana Ross at full volume, every day, at all hours of the night. It was horrible, I never got any sleep. This is one of the main reasons I finally had to quit.”

Though one could argue that subjecting a person to a non-stop diet of Diana Ross music is a genuine form of torture (I hope people realize that I'm obviously kidding), it’s quite clear at this point that the item is merely bizarre satire.

But lest there be any doubt, here's the second:

Downey: “What are some of the things the public will find the most shocking?”

Horner: “Probably the sheer amount of men he welcomed into his bed quarters. I am in no way homophobic, but Obama’s insatiable lust for homosexual liaisons is like nothing I’ve ever witnessed. We’re talking 10-15 partners in a single day.”

Why would AP and PolitiFact fact-check this item as if anyone would place any faith in it? Is it to convince readers that people who don’t like Obama, who I suppose would be expected to have mostly voted for Donald Trump, are so stupid that they would actually believe these things and base their vote on that belief? Anyone who tries to claim that Trump won because of articles such as these needs to be laughed out of town.

Whatever the motivation, here is AP’s full report: 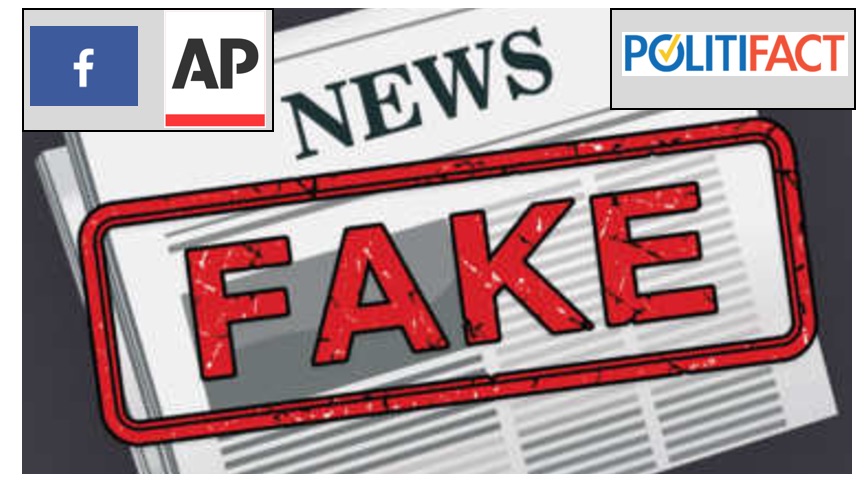 A widely shared story that claimed a former Secret Service agent outed President Barack Obama as a gay man and a radical Muslim is false.

The fake story says an ex-agent named Paul Horner published the claims in a book titled “The Black House.” The article also features an interview that the former agent conducted with a supposed senior political analyst with NBC News named Tom Downey.

NBC News confirms that no one named Tom Downey has ever worked for it as a political analyst. Secret Service spokesman Joe Casey says records dating back to 1990 reveal no agent named Paul Horner. And the book cannot be found listed for sale by any retailer.

A man named Paul Horner has identified himself as the creator of several sites that posted the story, including newsexaminer.net.

An explanation posted after the article’s end indicates that AP was not aware of who Paul Horner is in real life until someone told them. In other words, "Paul Horner" faked out the "fake news" fact-checkers.

The AP item has been published at the websites of at least 200 subscribing outlets.

Social media users continue to be fooled by a fake news story touting a book allegedly written by a Secret Service agent claiming President Barack Obama is both Muslim and gay, but the entire claim should be cataloged under fiction.

Okay, but if that's the case, that doesn't explain how the following happened:

Social media users flagged the story as being potentially fake as part of the Facebook’s efforts to battle fake news. This one certainly qualifies.

How does PolitiFact know that anyone beyond tiny number of terminally gullible people were ever fooled, let alone that they "continue to be fooled"? Answer: It doesn't.

This is what apparently constitutes "evidence" of being fooled:

The absurd nature of the allegations should be a tip-off that the story is fake, although many of the commenters do not seem to understand the content is fabricated.

Stop it, people. Even if there are comments supposedly indicating ignorance, who’s to say that they weren’t written by people in Paul Horner's employ who are interested in promoting the spoof, or people who are merely playing along with it and having a form of fun?

PolitiFact then faults the author:

This is a fake story that has been circulating for more than a year without any indication that it is bogus.

Memo to PolitiFact and AP: There is no law requiring satire to be labeled (yet). Thus, the article involved doesn’t need a specifically identified satire indicator. Besides, it’s obviously satire. Even if it weren't all that obvious, who made you the satire police? Why are you, at the behest of Facebook's Mark Zuckerberg, wasting your time on this utterly ridiculous moldy oldie? Whatever Facebook is paying for this "service," it's too much.