In a December 2 dispatch covering Sgt. Bowe Bergdahl's request for a presidential pardon appearing at Page A18 in Saturday's print edition, New York Times reporter Charlie Savage insisted that President-Elect Donald Trump's 2015 campaign rally assertion that U.S. soldiers had died searching for Bergdahl after his desertion was false. Savage even claimed that allegations made by soldiers serving in Afghanistan at the time that "five to seven Americans had died searching for him ... (were) proved false."

Savage's contentions are the ones that are false. Neither Trump nor the soldiers have been proven wrong.

The underlying links in the Savage's own report which supposedly make his points actually show that government prosecutors have only recently tried to present evidence of "injuries," and not deaths, even though a military hearing officer strongly recommended over a year ago that "the issue of casualties should be conclusively addressed prior to a final decision."

Trump's contention, captured in an August 2015 Wall Street Journal video, was as follows (beginning at the 0:16 mark):

DONALD TRUMP: ... who by the way when he deserted, six young beautiful people were killed trying to find him.

A June 2014 Daily Beast column by Nathan Bradley Bethea, who "served as an infantry officer in the U.S. Army from 2007 to 2014," supports what Trump said (links in original to soldiers who died have been corrected to go to their current URLs; bold are mine):

We Lost Soldiers in the Hunt for Bergdahl, a Guy Who Walked Off in the Dead of Night

... the truth is: Bergdahl was a deserter, and soldiers from his own unit died trying to track him down.

... His disappearance translated into daily search missions across the entire Afghanistan theater of operations, particularly ours. 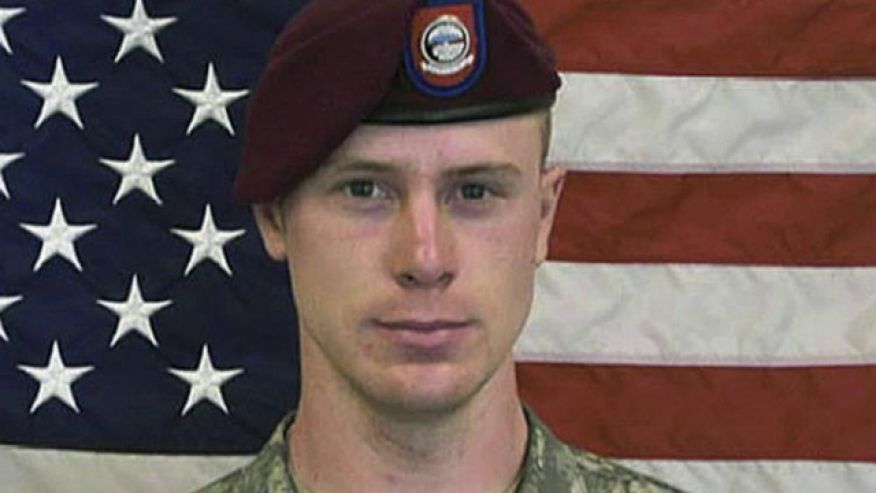 ... The hunt for Bergdahl was even more infuriating because it was all the result of some kid doing something unnecessary by his own volition.

... Though the 2009 Afghan presidential election slowed the search for Bergdahl, it did not stop it. Our battalion suffered six fatalities in a three-week period. On August 18, an IED killed Private First Class Morris Walker and Staff Sergeant Clayton Bowen during a reconnaissance mission. On August 26, while conducting a search for a Taliban shadow sub-governor supposedly affiliated with Bergdahl’s captors, Staff Sergeant Kurt Curtiss was shot in the face and killed. On September 4, during a patrol to a village near the area in which Bergdahl vanished, an insurgent ambush killed Second Lieutenant Darryn Andrews and gravely wounded Private First Class Matthew Martinek, who died of his wounds a week later. On September 5, while conducting a foot movement toward a village also thought affiliated with Bergdahl’s captors, Staff Sergeant Michael Murphrey stepped on an improvised land mine. He died the next day.

It is important to name all these names. For the veterans of the units that lost these men, Bergdahl’s capture and the subsequent hunt for him will forever tie to their memories, and to a time in their lives that will define them as people. He has finally returned. Those men will never have the opportunity.

Bethea's obviously correct contention is that these patrols and missions would not have taken place if Bergdahl had not deserted.

Additionally, in earlier text, Bethea cited what he said was just one of several similar related incidents. In that instance, "the company executive officer for the unit at Zerok" contended that two of his soldiers died because, in Bethea's words, his company had not "received its normal complement of intelligence aircraft: drones, planes, and the like." Why? Because "every intelligence aircraft available in theater had received new instructions: find Bergdahl." The two soldiers who died were Private First Class Aaron Fairbairn and Private First Class Justin Casillas.

Trump referred to "six young beautiful people." Bethea identified six who were where they were when killed because they were involved in searching for Bergdahl, and two other deaths among apparently many others whose safety had been jeopardized by the diversion of resources towards that mission.

In light of these facts, we can begin to understand how the Times's Charlie Savage misdirected his readers. In doing so, he mischaracterized the content at many of the links he provided. We can also see the euphemisms the Times employs when Democratic presidential administrations plainly break the law (links relevant to this post are provided; several others were not):

... Mr. Trump ... falsely claimed that Americans were killed searching for Sergeant Bergdahl and that the five Taliban ex-detainees were back on the battlefield. (Trump's claim about the detainees is from all appearances false, for now, though other former detainees have returned to battle. — Ed.)

... The administration transferred the Taliban detainees without obeying a statute requiring it to notify Congress 30 days before the transfers. It said acting without delay was necessary to protect Sergeant Bergdahl’s life and argued that disregarding the statute in such circumstances was lawful, but Republicans maintained that the transfer was illegal.

... Some former soldiers alleged that ... five to seven Americans had died searching for him. Those allegations, however, proved false.

In June 2014, the secretary of defense at the time, Chuck Hagel, testified, “In all of our reports, I have seen no evidence that directly links any American combat death to the rescue or finding or search of Sergeant Bergdahl.” The military investigation also spotlighted the absence of such evidence.

Still, prosecutors have sought to introduce evidence in the trial that several soldiers were injured during the search. The defense has sought to block that evidence ...

Let's look at the included links in order.

First, the link supposedly supporting the idea that the "allegations" that "five to seven Americans had died" had been "proven false" goes to a Times story headlined "Can Bowe Bergdahl Be Tied to 6 Lost Lives? Facts Are Murky." Last time I checked, "murky" was not a synonym for "false."

Second, Savage seems to believe that Hagel's testimony referenced in the next paragraph renders the soldiers' claims "false." Hardly. Hagel's testimony came only eight days after Bethea's Daily Beast item appeared, and his reference to having "seen no evidence" does not refute what Bethea wrote and what other soldiers claim. Hagel didn't say there "is no evidence," because, I would argue, he can't.

Savage's next link relating to how "the military investigation ... spotlighted the absence of evidence" is, well, savagely disingenuous. The reason there was no evidence is because the government, which appears to have a vested interest in having Bergdahl avoid jail time, chose not to introduce any evidence.

Savage wants readers to believe that the lack of submitted evidence means there is none. That's nonsense. In fact, Mark A. Visger, the preliminary hearing officer, reacting to the lack of provided evidence in the October 5, 2015 Preliminary Hearing Report to which Savage linked, strongly recommended that "the issue of casualties should be conclusively addressed prior to a final decision":

Visger's move appears to have been a courageous one, essentially going on record saying that what he had decided should ultimately not stand unless the government fully vets casualties-related claims and provides the evidence it obtained. Visger's preliminary hearing decision surely doesn't mean what Charlie Savage at the Times wants readers to think it means.

The final two links, in my opinion, demonstrate how desperate the Obama administration is to keep Bergdahl, whom they portrayed heroically upon his release, only to see their narrative fall to pieces when real facts intervened, from serving time.

On September 1, prodded by Visger but after considerable delay, the administration chose only to attempt to submit "evidence of injuries" in the Bergdahl court-martial case. On November 29, i.e., just last week, and 90 days after the government's submission, Bergdahl's defense team filed an object to the submission of even that evidence.

Meanwhile, President Barack Obama's departure from the White House looms. Clearly, if they can avoid having to admit to who died as a result of Bergdahl's desertion, they will. If they succeed, they'll point to stories like the one written by Savage to claim: "See? There was nothing to it anyway." What rubbish. Nathan Bradley Bethea and his fellow soldiers know better.

The Obama administration's last-minute accountability-avoiding machinations, and not what Donald Trump said over a year ago, are the genuinely newsworthy items here.