In an extended Friday writeup which appeared on Page A9 in its print edition, Matt Flegenheimer at the New York Times appeared to be preparing the paper's left-wing audience for what was supposedly unthinkable just a month ago: The possibility that Hillary Clinton might lose the presidential election.

The theme, as would be expected, was how Mrs. Clinton could "actually blow this." Since liberals never lose because their ideas are unpopular (that's sarcasm, folks), Flegenheimer pointed at the campaign's mishandling of Mrs. Clinton's pneumonia last week as the primary cause of the potential failure. To do this, he only made a glancing reference to Mrs. Clinton's email/private-server scandal (without using the "S-word," of course), and completely ignored her "deplorables" insult directed at "half" of rival Donald Trump's supporters and the myriad controversies associated with the Clinton Foundation.

As will be seen later, there's already evidence that the illness excuse won't fly. But first, let's look at several paragraphs from Flegenheimer's 1,300-word treatise, concentrating on paragraphs which focused on the bigger picture (readers will have to go to the story itself to read about most of the individual examples of hyperanxiety; bolds are mine throughout this post):

... For both parties, every election can feel like the most vital of a lifetime, the one day standing between a still-proud nation and its imminent demise. Among liberals, there is an especially rich tradition of “bed-wetting,” as even some practitioners call it, at the faintest sign of shakiness from their candidate. 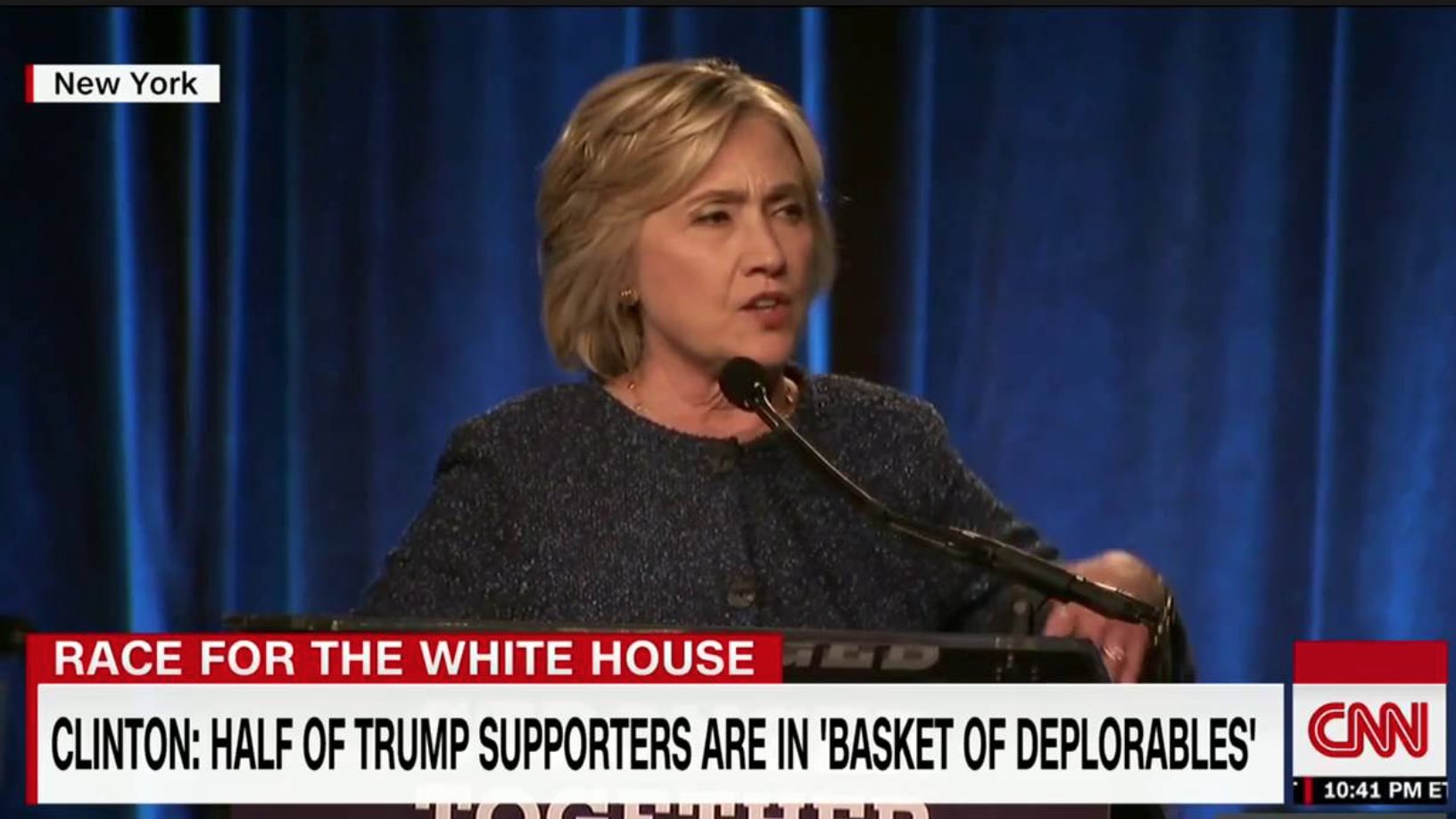 But as Hillary Clinton lurches toward Election Day, her supporters at times seem overwhelmed by a tsunami of unease, exacerbated by Mrs. Clinton’s bout of pneumonia and a slow-footed acknowledgment of the illness. They are confronting a question they had assumed, just a few weeks ago, they would not need to consider in a race against the most unpopular presidential nominee in modern times: Could Mrs. Clinton actually blow this?

... The creeping dread has accelerated in recent days, reaching critical levels even by Democratic standards.

Mrs. Clinton became sick. Several polls tightened to the margin of panic, with Mr. Trump overtaking her in surveys in Ohio and Florida. And even as Democrats hoped on Friday that Mr. Trump’s latest gambit — seeking to distance himself from his long history of “birtherism” — would backfire, there is a fear that no scandal can sink him.

We need to stop there.

Trump, Flegenheimer told his readers, has all kinds of "scandals"; in a later paragraph, he referred to "his assorted scandals." While Trump has has had at least one genuine scandal (Trump University qualifies), the Times has only hung that tag on Mrs. Clinton's "email scandal," while avoiding the use of that word in connection with several other controversies which would definitely be treated as "scandals" if a conservative or Republican candidate were involved.

The worst such example of "scandal" avoidance occurred on August 30 in a Times item about influence peddling connected with the Clinton Foundation. Predictably, it didn't make it to the Old Gray Lady's print edition.

Emma Roller's headline sounds promising: "When Is a Scandal Really a Scandal?" But the word "scandal" never appears in her content. Instead, she writes, the Foundation's dealings are a "semi-obscure (by Clinton standards) controversy." Roller's work does nothing to answer the "when a scandal is a scandal?" question.

... But even some zealous Clinton defenders have grown frustrated with their candidate, marveling at the prospect of her snatching defeat from the jaws of victory, for which some say they would never forgive her. The campaign’s decision last week not to acknowledge Mrs. Clinton’s pneumonia until two days after a diagnosis, once video surfaced of her stumbling out of a Sept. 11 memorial service on Sunday, has especially rankled.

... The gloom seems to be spreading. Maurice Doucet, 55, a software engineer from Portland, Ore., wondered aloud on Wednesday how the race had gotten this close, lamenting Mrs. Clinton’s use of a private email server as secretary of state.

... In liberal enclaves, some modest contingency planning has begun. Threats of relocation are a bipartisan ritual every four years, expanding the audience for Canadian home listings. But this time, voters seem to be taking their research a bit more seriously.

... While allowing that Mrs. Clinton has not run a perfect race, many of her admirers have cast blame elsewhere, singling out the news media, the Republicans who nominated Mr. Trump and, of course, the man himself.

... Others hold tight to an abiding belief, perhaps against their better judgment, that everything will work out.

Wow. "Perhaps against their better judgment"? It looks like Flegenheimer has gone a bit deeper than "she really could lose" on his personal gloom meter, doesn't it? It makes you wonder what he and others at the Times know and won't share that the rest of us.

The idea that a Clinton loss should be solely blamed on her week-ago "medical episode" is already being refuted by polling data.

A Saturday morning report from Reuters on how its polling shows that "the major-party candidates (are) running nearly even in the Electoral College" had this to say about the illness issue:

Overall, Americans appear to be relatively uninspired by their choices for president with less than eight weeks to go before the election. One out of every five likely voters said they do not support Clinton or Trump for president. In comparison, about one out of every 10 likely voters wouldn't support Obama or Republican challenger Mitt Romney at a similar point in the 2012 presidential campaign.

Respondents took the survey after video surfaced of Clinton nearly collapsing at a Sept. 11 memorial in New York on Sunday. Her campaign later said she had a non-contagious, bacterial form of pneumonia.

The video sparked a renewed discussion about the health of both candidates. Trump, 70, would be the oldest president to take office, while Clinton, 68, would be the second oldest.

Clinton and Trump candidates have since released details of their personal health. Clinton's doctors said her physical exam was normal, apart from the pneumonia, and that she was in excellent mental condition. Trump released a note from his doctor saying that he was in "excellent physical health."

Americans do not appear to be overly concerned with the health of either candidate. According to a separate question in the poll conducted this week, most American adults said the issue would make "no difference" to how they voted.

A negligible percentage of Clinton supporters said concerns about her health made them "less likely" to vote for her.

Memo to Flegenheimer and the Times: Nice try, guys. If Mrs. Clinton loses, it will be because of what she has said (the "deplorables" line, along with several others, including her stated desire to put the coal industry out of business) and what she has done (too many scandals to count here), not because she got sick last weekend, or even because of her persistent coughing fits.