Ronald Reagan was fond of saying, "It isn't so much that liberals are ignorant. It's just that they know so many things that aren't so."

One of the things that liberals "know that isn't so" is that conservative talk radio hosts are all crude people who routinely hurl racist, sexist, homophobic and other epithets over the airwaves. This would explain why the layers of fact-checkers and editors at The New Yorker felt no need to verify the accuracy of the following sentence in the opening paragraph of an essay ("HOW ROUSSEAU PREDICTED TRUMP") by Pankaj Mishra: "In India, Hindu supremacists have adopted Rush Limbaugh’s favorite epithet 'libtard' to channel righteous fury against liberal and secular élites." But blogress and University of Wisconsin law professor Ann Althouse did — and forced a correction.

The aforementioned sentence made it into the magazine's August 1 print edition.

Whatever happened to The New Yorker's pride in meticulous fact-checking?! 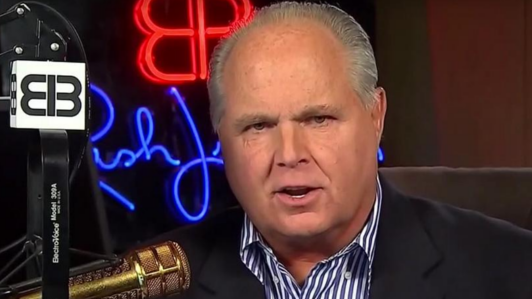 Here's an example of a strongly stated assertion — in the first paragraph of an article — that is easily fact-checked in a few seconds on line and that is plainly, embarrassingly wrong and a glaring reflection of bias.

Has he ever said "libtard"? Rush Limbaugh puts the entire transcript of his shows up on his website. As a subscriber, I can search the entire archive. And there isn't even one instance of him saying "libtard"!

"Libtard" is an offensive word, unnecessarily dragging in disrespect for the mentally challenged. Yet The New Yorker assumes Rush Limbaugh uses it and — precisely when it's showing off the most elite approach to political analysis — purveys utter misinformation to its readers. Will those readers check? I had a basis for doubting, because I actually monitor what's on the Rush Limbaugh show. But I suspect most readers will rely on their existing bad opinion of Rush, a bad opinion that is stoked by this highly respected magazine with its longstanding reputation for stellar fact-checking — a reputation it seems to think nothing of throwing away.

Once the folks at The New Yorker learned of Althouse's callout, the conversation among those involved might have gone like this:

Fact Checker 1: Pankaj, what's the deal with this Althouse complaint?

Author Pankaj Mishra: Oh come on, everybody knows that Limbaugh uses "libtard" all the time!

Fact Checker 2: Really, Althouse can't be right. So let's prove she's wrong. First, have you heard Limbaugh call any liberal or anyone else among our circle of enlightened progressives a "libtard"?

Mishra: No, but my friends tell me that he says things like that all the time, so —

Fact Checker 1: I'm sure he does, but just to make things easier, and so we can put this to bed, have you ever heard him say "libtards"?

Mishra: Of course not. Do you think I'm such a loser that I would actually listen to even one minute of Limbaugh's hateful show?

Fact Checker 1: Well, I thought you might have endured the pain for the sake of your essay, but I get your point. So how are we going to prove that this is his favorite epithet?

Fact Checker 2: Simple, we'll Google "Limbaugh" and "libtard" and see what comes up ... Oh, here's this Wikipedia page discussing "The Jargon of the Rush Limbaugh show." I'll just do a find on "libtard" and we'll be done ...

Fact Checker 1: Uh, the word isn't there at all, even among words Limbaugh allegedly has used but whose use discussion participants could not verify.

Fact Checker 2: Well, we haven't found any examples yet, so we're already in trouble with your claim that it's his favorite. Our best hope is to try to do what Althouse did. Mishra, search his archives.  I'm sure you'll find at least a few "libtard" uses, and we can get this pesky harpy off our backs by deleting the word "favorite" from your essay.

Mishra: Wait. You want me to search Limbaugh's archive?

Fact Checker 1: Well, someone has to, and it's your flippin' essay.

Mishra: Well, okay, I'll hold my nose. Here we go ... Wait a minute, his archive is available only to subscribers for $50 a year. What, people pay for this garbage? I'm not giving that racist, homophobic, sexist bigoted wingnut any of my money!

Fact Checker 2: Well, I can't say I blame you there. Wait, are there any right-wing people we pretend to have as friends who are stupid enough to buy into Limbaugh's crap and subscribe themselves?

Mishra: Of course I don't.

Fact Checker 2: I don't think anyone here knows anyone who likes Rush well enough to be a paid subscriber. This is like when Pauline Kael said in 1972 that she only knew one person who voted for Nixon — except we don't know anyone who likes Rush. David Brooks over at the New York Times is about as close to a conservative as we can get, and we know he can't stand Limbaugh or the rest of right-wing talk radio.

Fact Checker 1: Well, we still have to do something about this Althouse complaint.

Mishra: Rather than get our hands dirty and commit the crime against humanity of sending Limbaugh money, let's just assume Althouse is right and note at the very end of the online version that "An earlier version of this article erroneously connected the epithet 'libtard' with the radio host Rush Limbaugh." With that language, some readers will still think that he uses the word from time to time.

Fact Checker 2: Then we'll put the correction in tiny letters in a small corner in the next print edition.

Fact Checker 1: Yeah, that'll work. The original print edition will always have the erroneous statement about Limbaugh, but that's okay. Even if we can't prove that Limbaugh or any other major talk-show host has ever used the word, we know they think that way. So, to coin a phrase, it's fake but still accurate.