Radical feminism in its most odious expressions has become one comprehensive emulation of Animal Farm looming over women's lives from cradle to grave. The original George Orwell masterpiece popularized the saying, "All animals are equal but some animals are more equal than others." Radical feminists tell us they believe that feminism is all about choice — but some choices are clearly seen as superior to others.

Not that she cares, because she has far better things to do, but U.S. Olympic beach volleyballer Kerri Walsh Jennings is getting pushback from radical feminists for describing her choices in life thusly: "I feel like I was born to have babies and play volleyball."

She also said her children "gave me that perspective and balance I thought I was missing. It took my game and my desire and my passion for life to the next level. I am hugely indebted to my children.”

The three-time gold medal winner's comments are not sitting well with some, because you know, all choices are supposedly equal, but some choices, in their worldview, are really far superior to others.

Independent Journal pointed out a couple of tweets from a certain Paula Dixon (direct links here and here):

So you see, not only is Walsh Jennings a poor role model, NBC should not have aired what she said, and is being irresponsible and (ultimate horror) acting like Donald Trump for doing so.

The poor dear is also having a problem with NBC's commentators, because "its guys are referring to most male athletes by last name and most female athletes by first name." Oh the humanity!

The radical feminists' problems go beyond Walsh. At Salon.com, Mary Elizabeth Williams lamented that "Women are taking home medals, but many reports still focus on them as wives and moms." Perhaps there's a tilt in that direction, but it's often because, as is the case with Walsh Jennings, those roles provide many of these women with the greatest pride and personal satisfaction. 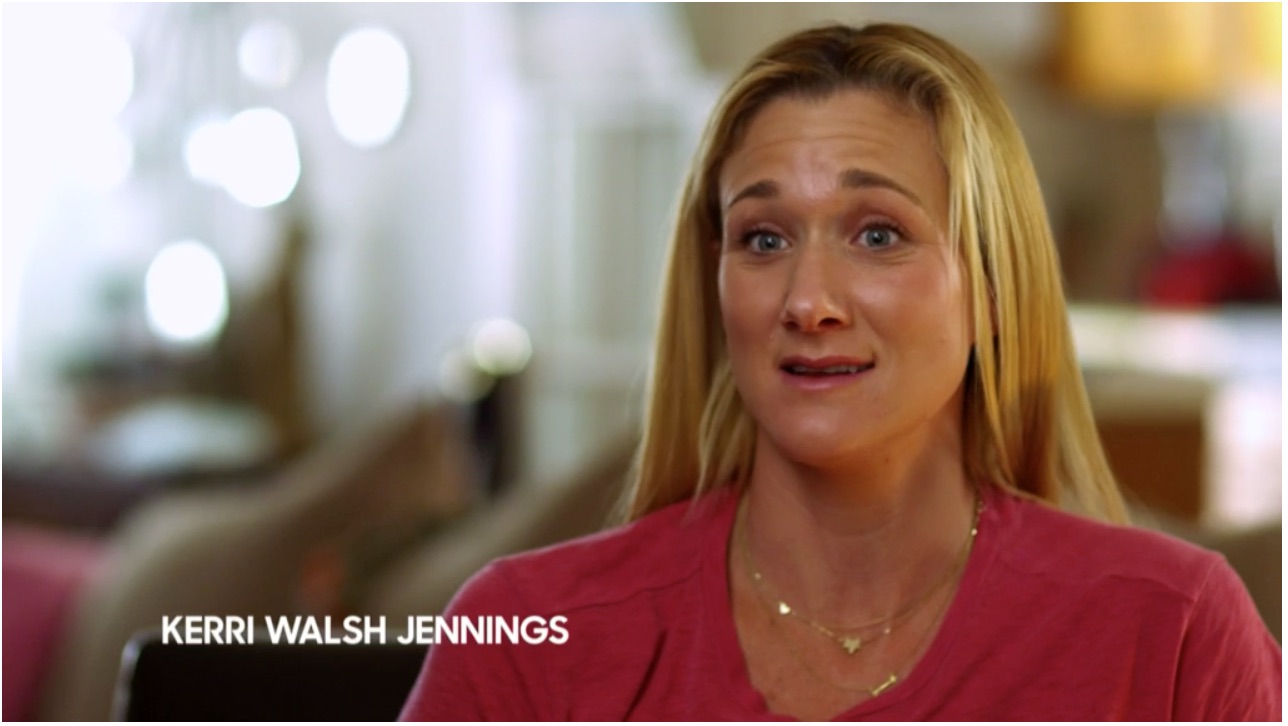 Annie Holmquist at Intellectual Takeout got to the heart of the matter:

In an era where equality and a woman’s right to choose her own path in life is praised, why is it that a woman like Jennings is made to feel she must apologize for enjoying children and desiring to have more? Does society have a problem accepting the idea that motherhood can be a fulfilling and non-shameful role for a woman?

Most of society certainly doesn't. But radical feminists, whose megaphones are far louder than they should be, most certainly do. Oh, and though their pressure may work on others, I don't think it will affect Kerri Walsh Jennings one little bit.

Wait till lefties who visit this post are reminded of a moment noted in a 2008 post by NewsBusters' late great Noel Sheppard. After winning her second gold medal, then-Kerri Walsh "grabbed the microphone, looked into the camera, and thanked President Bush," saying, "I just want to say thank you, Mr. President, for all you do. Thank you for your inspiration."