Barely News: Dem Turnout in South Carolina Down Sharply from 2008

532,000 people voted in the South Carolina Democratic Party presidential primary in 2008. In this year's primary, completed yesterday, only 370,000 did. In the meantime, the state's pool of eligible voters increased by about 8 percent.

Thus, turnout in this year's Democratic primary in the Palmetto State, down by just over 30 percent in absolute terms, was down by about 35 percent on a population-adjusted basis. Beyond grudging, routine and non-specific recognitions of the decline, that's barely news. Moreover, the fact that this result occurred in a state no Democratic Party candidate has won in 40 years and in a region Republicans have mostly swept during that time certainly can't be allowed to distract from Hillary Clinton's "sweeping victory."

Moreover, Mrs. Clinton's vote total was less than Barack Obama's in 2008, even though her socialist opponent, Bernie Sanders, whose message is playing well largely in blue states and liberal urban areas in red states, is a far weaker opponent in the deep-red South.

The Associated Press's fawning coverage ("Clinton thunders to big win") noted the low turnout but failed to quantify it: 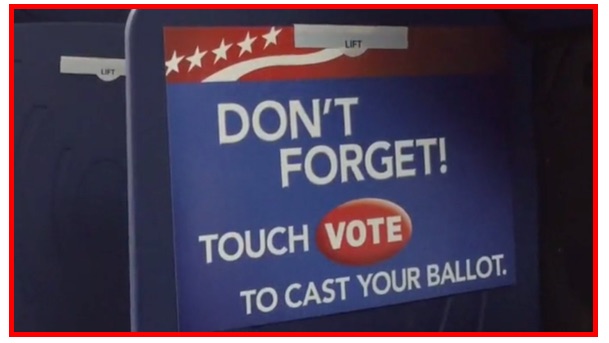 ... During a raucous victory rally, Clinton briefly reveled in her sweeping support from South Carolina voters, hugging backers and posing with them for selfie photos.

... Though Saturday's turnout was low, Clinton allies quickly touted the breadth of her victory. Besides blacks, she won most women and voters aged 30 and over, according to early exit polls.

The AP naturally didn't address how the "breadth" of Mrs. Clinton's victory is supposed to impress anyone when a net of over 160,000 people who voted in 2008 decided to stay home this year because neither candidate was worthy of their support.

Coverage at the New York Times described Mrs. Clinton's win as "politically and psychologically meaningful for Mrs. Clinton and her allies, who have been waiting for a moment that validated her candidacy with the level of unqualified intensity." Sure, guys. About one-third of the expected electorate stayed home. That looks like intense disinterest, and perhaps intense disgust. To its credit, the Times did quantify the low turnout, and how poorly it compared to the Republican primary result a week ago. To its detriment, it waited 14 paragraphs to do so:

Turnout was about 370,000, according to Edison Research — modest compared with the 532,000 ballots cast in the Clinton-Obama primary race here in 2008, and well below the record 743,000 votes cast in South Carolina’s Republican primary last Saturday, which Mr. Trump won.

Most outlets appear not to have even reported that turnout was low. A Google News search on "Clinton South Carolina" (past 24 hours, sorted by date, without duplicates) done this morning at 9:30 a.m. returned 225 items. The same search, after adding the words "turnout" and "low," returned 68.

One specific example: The State, one of South Carolina's leading newspapers, which surely must know better, described turnout as "moderate overall, with lots of absentee voters."