NY Times Editorial Board Member: Give Obama the Court Nominee He Wants Because of Slavery

Yesterday, New York Times editorial board member Brent Staples tweeted what was and apparently still is his best argument for why the Republican-controlled Senate should roll over and approve whoever President Obama wishes to nominate to fill the Supreme Court vacancy caused by Justice Antonin Scalia's death on Saturday: "In a nation built on slavery, white men propose denying the first black president his constitutional right to name Supreme Court nominee."

In other words, Obama should get whatever he wants because of slavery. Staples has since deleted the tweet, which is odd, because in subsequent tweets, he hasn't backed away from his position.

Here's the original, since deleted:

Here are his follow-ups (links are here and here):

In other words, Staples is using an opinion piece he wrote over a decade ago as "proof" that his opinion is gold today. 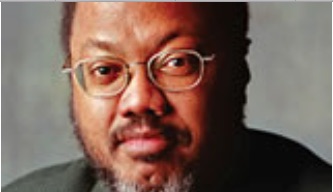 Even if everything Staples claimed in 2005 about widespread slavery and indentured servitude throughout the U.S. is true, and it's not — the fact is that "America’s economic and technological greatness were built by free individuals, allowed to work and create for their own benefit. The institution of slavery didn’t contribute to the process; it got in the way" — the institution has been legally dead and virtually non-existent for over 150 years. Additionally, the idea that everything which has happened during that intervening century and a half is "built" on what happened while slavery existed is uproariously laugh-out-loud ignorant.

So today's post-slavery economy is over 150 times larger than it was at the end of the era of slavery. Brent Staples wants to say it was "built" on a slavery-era economy which was far less than 1 percent as large as today's economy when slavery ended. Words fail.

Or, as University of Tennessee law professor Glenn Reynolds at Instapundit tweeted Sunday night in response to Staples' original tweet:

I would argue that people like Brent Staples who support the party which fought a war to maintain the institution of slavery, imposed Jim Crow laws and racial segregation in the South for nearly a century after it lost the Civil War, and fought the 1960s civil-rights movement tooth and nail, have no right to invoke slavery to advance President Obama's agenda. This is especially true, given that Senators in the party he supports publicly announced that they would refuse to even consider any potential Supreme Court nominees at the end of President George W. Bush's second term 18 months before he left office — and for purely ideological reasons.

Additionally, we should not forget that Obama himself is the "First President in US History to Have Voted to Filibuster a Supreme Court Nominee."