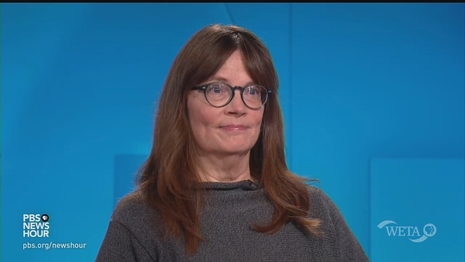 In Sunday's Washington Post, liberal chief movie critic Ann Hornaday is again professing her love for abortion movies. Once again, she is ripping movies like Juno and Knocked Up, where abortion "had to be reflexively rejected."

She even knocks rom-coms like Pretty Woman and You've Got Mail for being "escapist pleasures...notwithstanding the costs of the generational silence that has evolved around abortion." If Roe v. Wade gets curtailed, blame Julia Roberts and Meg Ryan.

The headline on this review was:

Once taboo, abortion emerges from the cinematic shadows

"Finally"? The abortion-touting movies have been a "thing" for a while now, as Hornaday reaches back to 2014 to note the trend:

Happening, which arrives in theaters on May 13, is one of several recent and upcoming films that are seeking to do just that. In June, HBO will air The Janes, a documentary about an underground group of Chicago activists who defied the Mafia, Chicago police and the sexist mores of the era to provide illegal abortions to more than 10,000 women. Call Jane, a dramatized version of the story starring Elizabeth Banks and Sigourney Weaver, is expected later this year.

Together with “Premature” (2019), in which Zora Howard played a college-bound woman navigating an unplanned pregnancy; Eliza Hittman’s “Never Sometimes Rarely Always” (2020), about a Pennsylvania teenager trying to obtain an abortion amid restrictive laws; as well as such comedies as “Obvious Child” (2014) and “Plan B” (2021), abortion and reproductive care in general finally seem to be emerging from the conversational shadows, albeit decades late.

In reality, it's Hornaday and her paper that's tried to enforce a suffocating taboo -- on pro-life movies. The Post refused to review Gosnell in 2018. When they played the same game with Unplanned in 2019, Hornaday scolded the producers to stop with the "false notion of victimhood." Hornaday even praised the movie Hail Satan for their defense of "bodily autonomy." They were "utterly of a piece with the American way."

A year ago, Post movie critic Michael O'Sullivan told the liberal base of the Post that the movie Roe vs. Wade could be dismissed as right-wing catnip: "Arriving amid controversy and with a chip on its shoulder, the drama Roe v. Wade lands on premium video-on-demand services after premiering at February’s Conservative Political Action Conference...persuasion seems hardly the point. Mostly, the movie plays like catnip to confirmed abortion opponents."