June 6 is the anniversary of "D-Day," the landing of American forces at Normandy in 1944, a decisive turn toward victory in World War II. But on this anniversary, several journalists from the liberal media elite compared those soldiers to "Antifa," the violent radical "anti-fascist" movement. 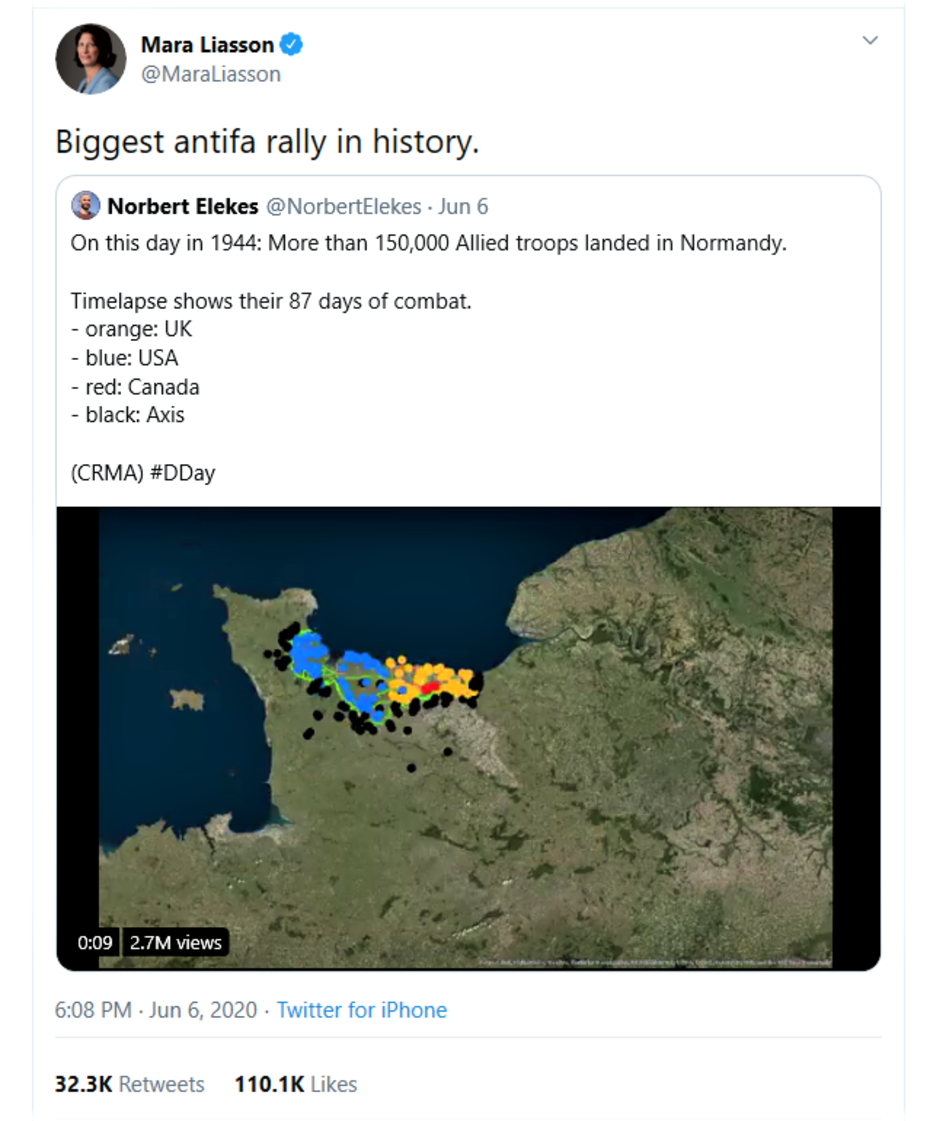 Stephen Miller (@redsteeze) shot back: "Mara, if Antifa & DDay Troops are the same, then why did they deface their own memorial in DC this week?"

Washington Post media reporter Paul Farhi tweeted "Friend points out on D-Day anniversary that the men who stormed the beaches of Normandy were the true and original antifa."

In response, reporter David Martosko rebutted: "The original Antifa, BTW, were the German communist Antifaschistische Aktion party. Here's their 1932 conference. Look at the flag. Now look at the modern Antifa flag on their handbook." 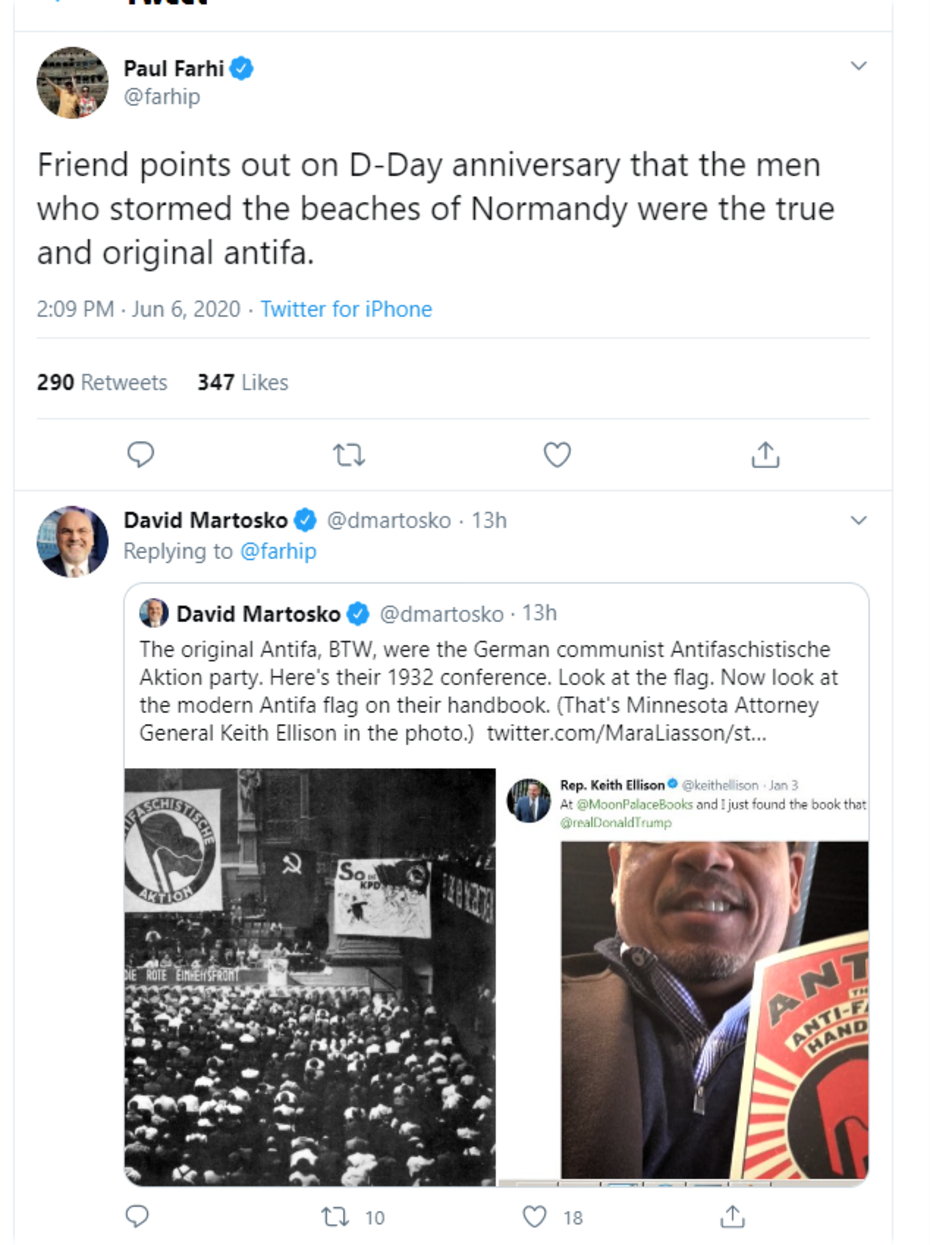 National Review editor Rich Lowry also had a rebuttal: "To compare a duly constituted American army that liberated Europe with a bunch of thugs who spray paint, smash and burn things within the US in violation of our laws is, of course, grotesque."

PS: NPR also drew attention for tweeting about how to "decolonize your bookshelf." So I tweeted to the new NPR Public Editor, Kelly McBride: Dear NPR Public Editor @kellymcb -- If you think NPR has a problem reaching out to the red states, you should consider tweets (and articles) like this." 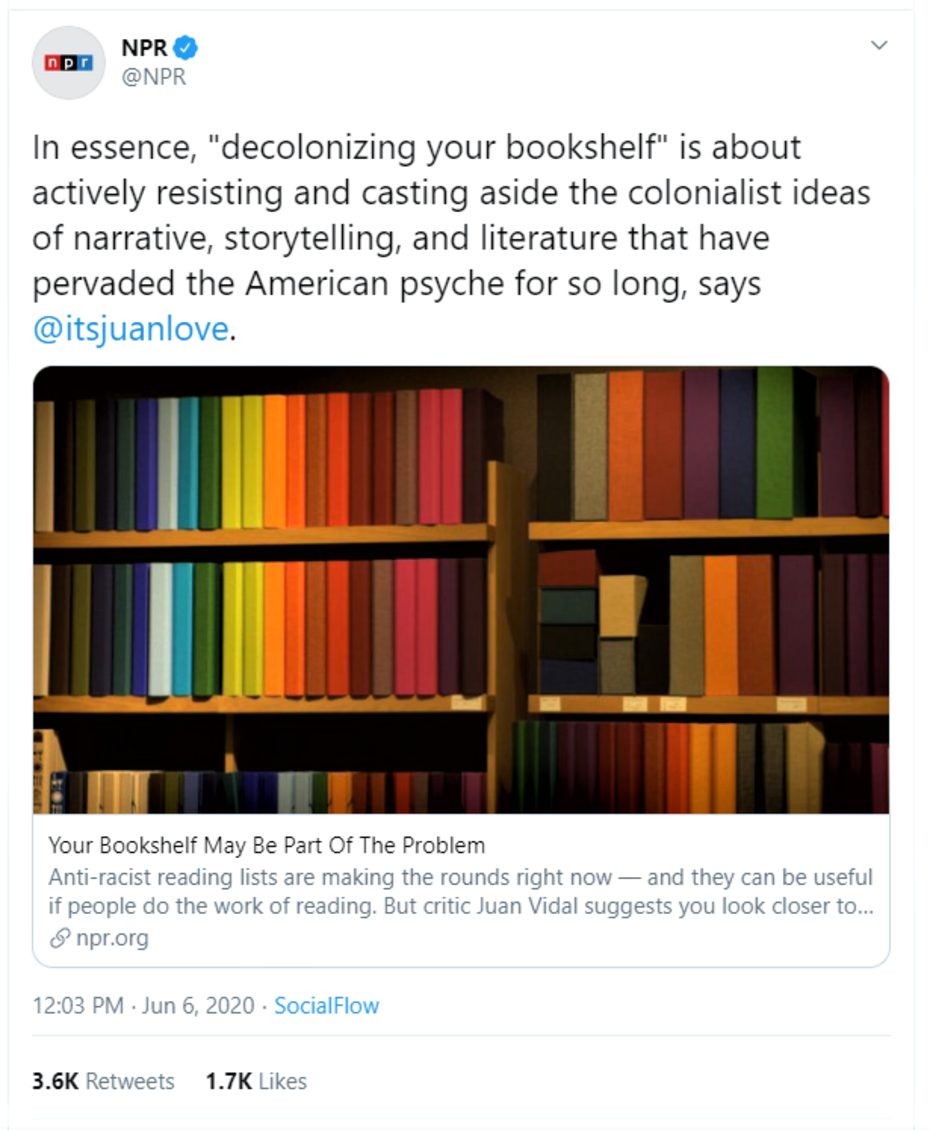