Dr. Tony Fauci has become widely seen as a nonpartisan health expert during the coronavirus pandemic. But that didn’t stop Washington Post “fact checker” Glenn Kessler from throwing a harsh “Four Pinocchios” (pants on fire) verdict for this statement to NBC anchorman Lester Holt on March 19. 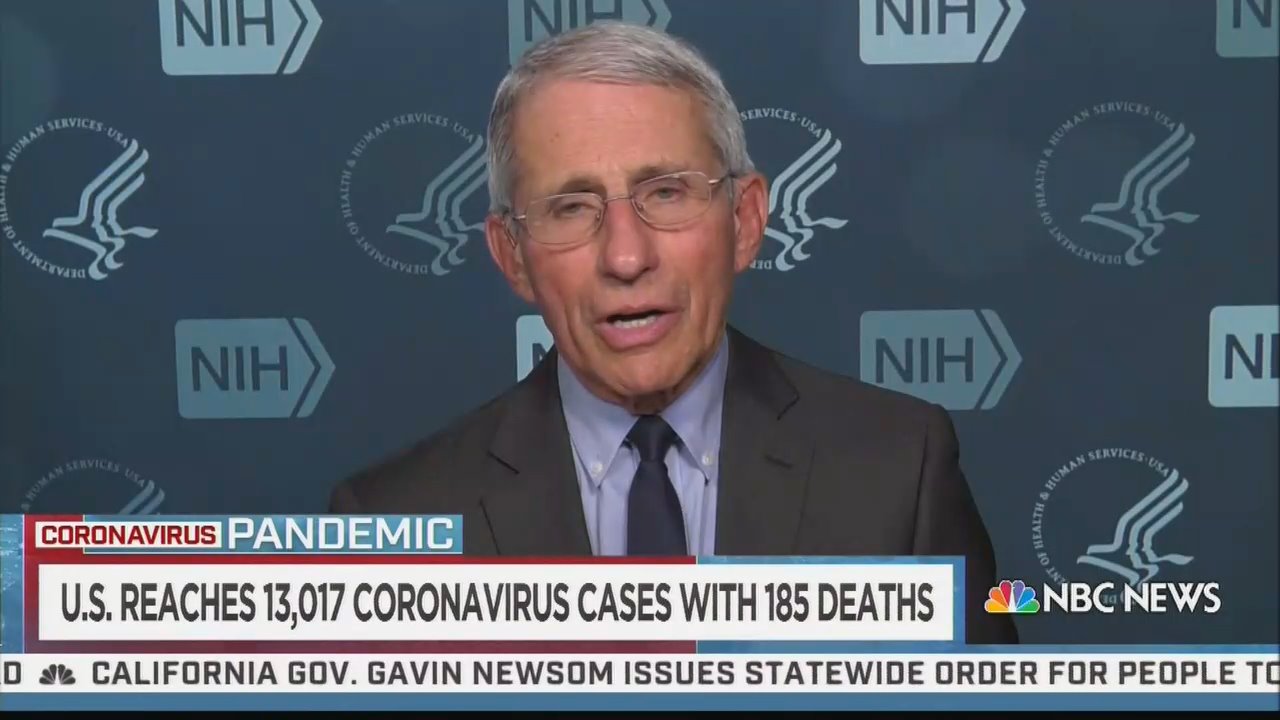 “Our shutting off travel from China and, more recently, travel from Europe, has gone a long way to not seeding very, very intensively the virus in our country. Unfortunately, Italy did not do that. They had an open border, they let people in, and until they really knew they were in trouble, then the cat was out, the horse was out of the barn and that was it.”

Kessler’s headline made it clear that he was only hearing about half the quote: “Fauci is wrong: Italy did close its border to China.” Kessler is correct if you’re just reading the sentence as “Italy did not do that” to apply to “our shutting off travel from China.” Italy stopped flights from China.

But he’s not correct on the open border on travel from Europe. People from China could have flown into somewhere else in Europe, and traveled through the open border. They closed "flights" to China, not "its border." Italy doesn't border China!

It seems clear Kessler is angry that Fauci’s authority is being exploited by the Republican National Committee on Twitter. The Pinocchios are really aimed at the RNC, not at the doctor. Emotions get in the way of the facts. This passage is a beaut:

Indeed, in the interview, Fauci suggested that a big difference between the United States and Italy, where the death toll has soared above 3,000, is that Italy did not shut down travel from China. “They had an open border, they let people in,” Fauci said.

This is how Kessler summarized his finding – he somehow acknowledged he’s half-listening to Fauci:

Fauci has had long experience in this field and is widely respected. But his framing in the interview is misleading. Italy took faster and more sweeping steps than the United States, and yet still got slammed by the virus. Italy’s borders with the rest of Europe did remain open, but the U.S. borders with Europe were open for many more weeks as well — as Trump repeatedly played down the seriousness of the pandemic.

How is leaving borders open a "faster and more sweeping step"? This is a very strong example of how “fact checking” can be an incredibly elastic and endlessly quibbling enterprise. Sister Toldjah at RedState nailed this days ago, and her conclusion is perfectly on point:

Fact checkers are entitled to their own points of view, but they’re not entitled to pick and choose what facts they want to include/not include in order to paint a false narrative. That’s especially true when your country is in the middle of a pandemic.

NewsBusters has rated this Washington Post fact check as "Deeply Distorted." For more, visit our Fact-Checking the Fact-Checkers page.