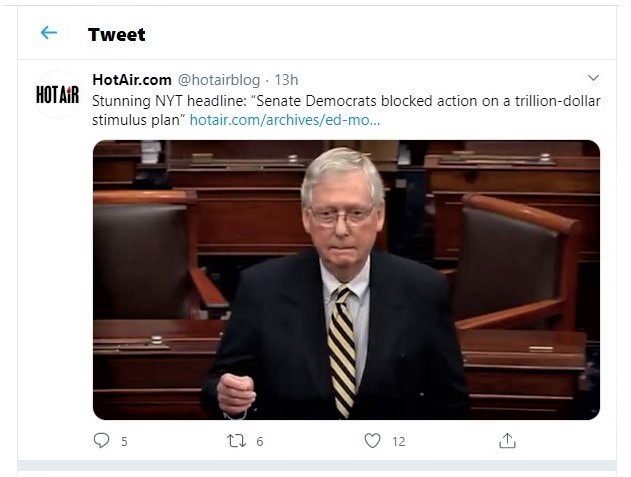 The Times reported "Senate Democrats on Wednesday blocked action on an emerging deal to prop up an economy devastated by the coronavirus pandemic, paralyzing the progress of a nearly $2 trillion government rescue package they said failed to adequately protect workers or impose strict enough restrictions on bailed-out businesses."

But then the verbal spin shifted, from "Democrats block" to "partisan divide." Trump aides pointed it out: 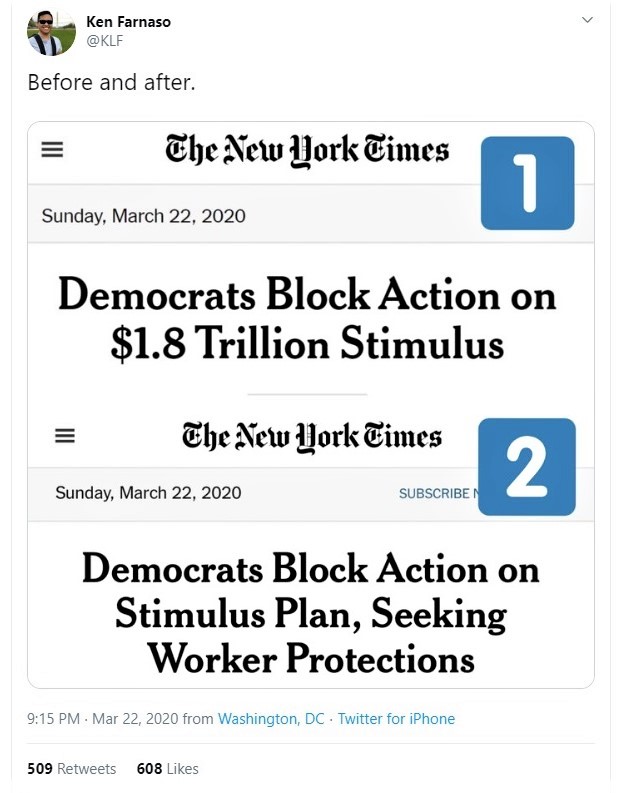 And then, the third time was a charm: 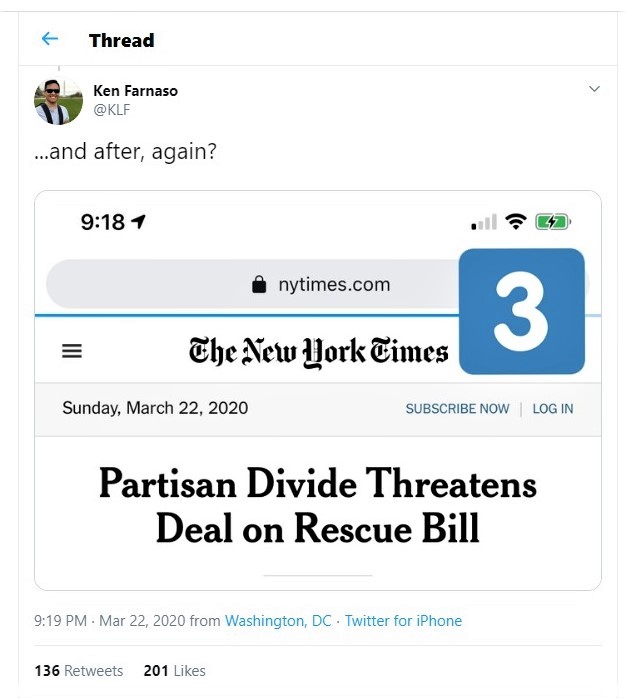 Our old colleague Liz Harrington made fun of the change, which carried the echoes of the changes forced on the Times  copy editors last summer when they wrote that "infamous" headline "TRUMP URGES UNITY VS. RACISM." Perhaps the DNC can offer some "prior restraint" to prevent panicked editing. 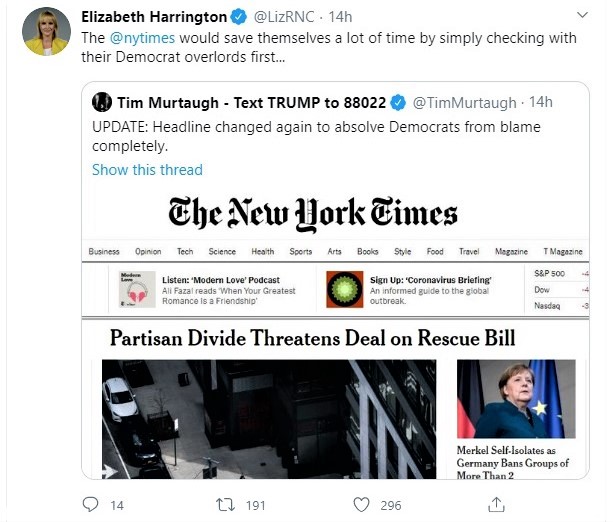 After being mocked by a pile of conservative leaders and websites, the Times appears to have modified the story's headline to "As State Pleas Mount, Trump Outlines Some Federal Action; Senate Democrats Block Stimulus Package."

This is definitely a case where "breaking news" also demonstrated "breaking bias." This is a fun exercise for teaching Journalism 101.