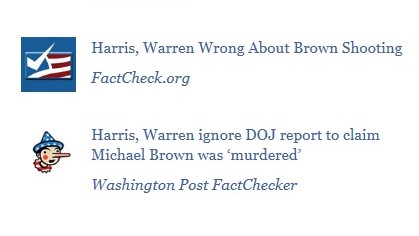 We wouldn't normally evaluate a "fact check" when it lines up with all the available facts. But it can be noteworthy when Democrats are tagged as "Four Pinocchios" False. Both the Washington Post Fact Checker and FactCheck.org flagged Senators and presidential candidates Kamala Harris and Elizabeth Warren for incorrectly claiming Michael Brown was "murdered" in Ferguson, Missouri by police officer Darren Wilson.

Snopes.com hasn't arrived on this scene yet, and strangely, PolitiFact spotlighted these articles on their "Fact-checking around the web" picks while so far failing to do their own fact check.

Lori Robertson at FactCheck.org posted an article titled "Harris, Warren Wrong About Brown Shooting." She turned to the report from Obama's Justice Department in March 2015, which found that the “use of deadly force is justified when the officer has ‘probable cause to believe that the suspect pose[s] a threat of serious physical harm, either to the officer or to others.'” The report went on to say that there was “no credible evidence” disproving Wilson’s stated intent — that he believed Brown was a threat to him. "Multiple credible witnesses corroborate virtually every material aspect of Wilson’s account and are consistent with the physical evidence."

Robertson noted the Washington Post Fact Checker at that time cited the DOJ report in debunking a popular belief that Brown had raised his hands in surrender and said “don’t shoot.” 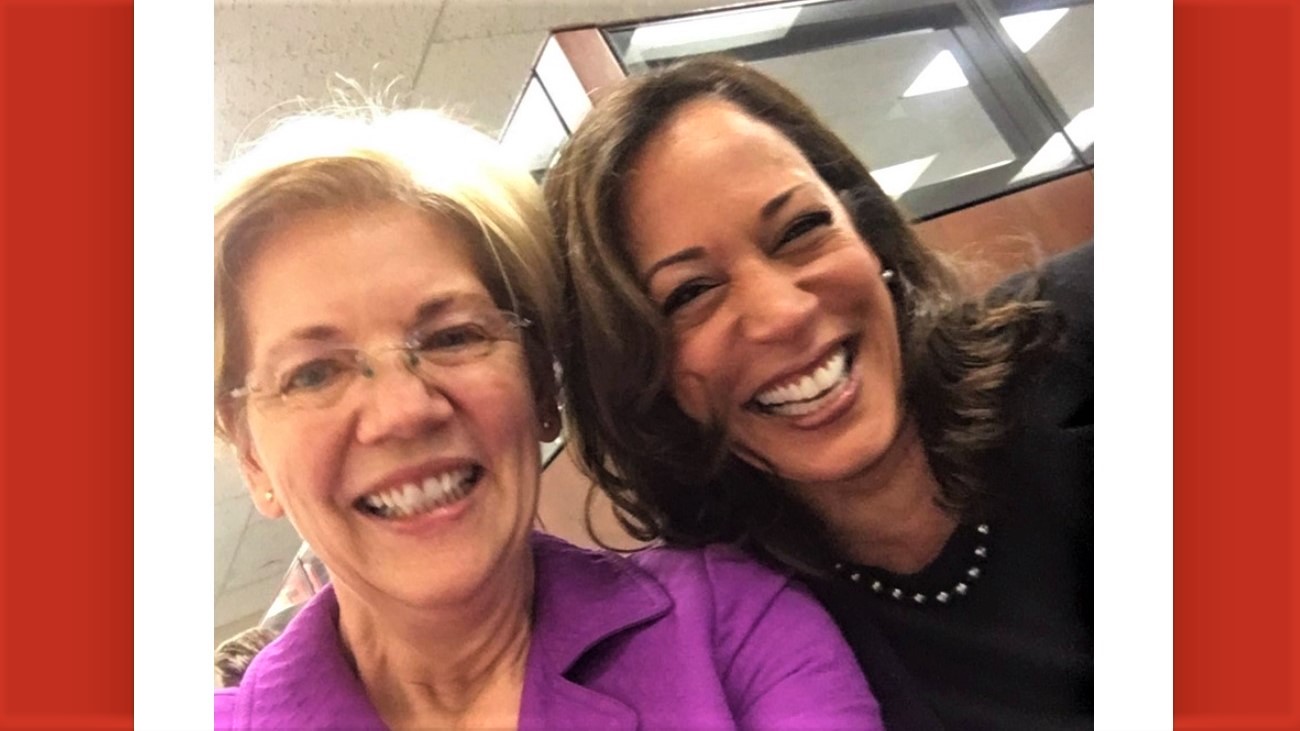 One can certainly raise questions about whether Wilson should have fired as many shots as he did or acted appropriately under the circumstances. The racial profiling by the Ferguson Police Department is certainly well documented and fair game for criticism.

Instead, the Justice Department found that the popular narrative was wrong, according to witnesses deemed to be credible, some of whom testified reluctantly because of fear of reprisal. The department produced a comprehensive report to determine what happened, making the senators’ dismissal of it even more galling. Harris and Warren both earn Four Pinocchios.

We have rated this Washington Post and FactCheck.org check as The Real Deal. For similar analyses, please visit our Fact-Checking the Fact-Checkers site.