Disgraced Dan Rather: Media Must Call Out Trump's 'Demonstrable Lies' 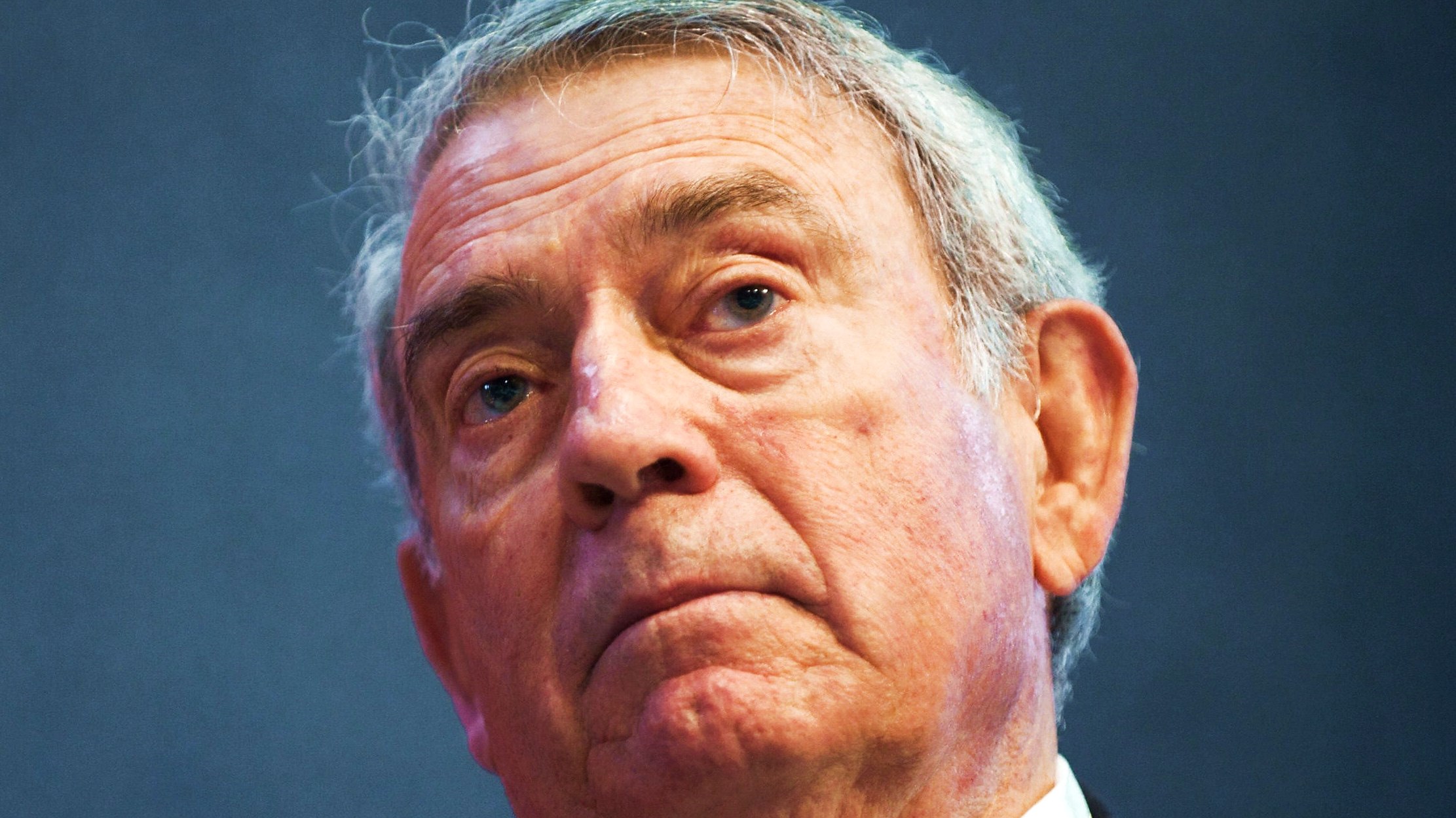 Disgraced CBS anchorman Dan Rather keeps pretending he is an expert on The Truth, expecting no one to remember his eternal refusal to admit he used transparently false information to try and smear George W. Bush weeks before the 2004 election. Rather offered another lecture on “truth” and “lies” on his Facebook page  on Monday after Wall Street Journal editor Gerard Baker appeared on Sunday's Meet the Press.

Chuck Todd asked Baker if journalists should call out Donald Trump as a liar, and Baker replied “I’d be careful about using the word, ‘lie.’ ‘Lie’ implies much more than just saying something that’s false. It implies a deliberate intent to mislead.” This sent Rather on a bender:

A lie, is a lie, is a lie. Journalism, as I was taught it, is a process of getting as close to some valid version of the truth as is humanly possible. And one of my definitions of news is information that the powerful don't want you to know.

So this statement (see attached article) from the editor in chief of the Wall Street Journal about how his paper will report on Donald Trump’s potential (likely?) future lies is deeply disturbing. It is not the proper role of journalists to meet lies—especially from someone of Mr. Trump’s stature and power—by hiding behind semantics and euphemisms. Our role is to call it as we see it, based on solid reporting. When something is, in fact, a demonstrable lie, it is our responsibility to say so.

Before lecturing Mr. Baker on the virtues of veracity, perhaps Mr. Rather can address his infamous statement to Bill O’Reilly in 2001 when confronted with Bill Clinton’s world-class lying about Monica Lewinsky, starting with Jim Lehrer on PBS: “I think at core he's an honest person. I know that you have a different view. I know that you consider it sort of astonishing anybody would say so, but I think you can be an honest person and lie about any number of things."

By Rather's own tenuous definition, Clinton's sexual exploitation of an intern was "information the powerful don't want you to know," but Rather thinks it's fine to lie to television reporters....when you're a Democrat and you're doing Good Things.

Nonetheless, Rather on Facebook is warning with the ascent of Trump,

this is a gut check moment for the press. We are being confronted by versions of what are claimed to be “the truth” that resemble something spewed out by a fertilizer-spreader in a wind tunnel. And there is every indication that this will only continue in the Tweets and statements of the man who will now hold forth from behind the Great Seal of the President of the United States.

Some journalists and publications will rise to the occasion. Some will not. You as the paying, subscribing public, can use your leverage and pocketbooks to keep those who should be honest brokers of information, well, honest.

Rather linked to Washington Post blogger Greg Sargent, who ridiculed Baker noting a liberal pro-Clinton bias in the press: "I think people say, “Well, you know what? Hillary Clinton said a lot of things that were false.” I don’t recall the press being quite so concerned about saying that she lied in headlines or in stories like that."

Sargent shot back: "The comparison to Clinton is silly. Trump lied far more often, and far more egregiously, than Clinton did." Like nearly every other liberal journalist, Sargent believes the Clintons lie in a "normal" range, and are thus conveniently excused. Calling that a liberal bias is "silly." It's not as silly as Dan Rather posing as the Guardian of Truth.