The headline was a quote: “I’m gay and I’m a priest, period.” The subhead was “Catholic clergy grapple with whether to come out in the Pope Francis era. The Post viewpoint was clearer from the headline on B-6, the back of the Metro section: “The Catholic priesthood one of the last remaining closets.”

This is the Post viewpoint, that every “closet” needs to be emptied, and all archaic notions that homosexuality is a sin should be eradicated. Post religion reporter Michelle Boorstein recites Catholic teaching effectively, but never managed to speak to someone opposed to the Post worldview.

Boorstein’s story doesn’t name its gay priest until the very end – Fr. Michael Shanahan, serving in Our Lady of Lourdes parish in Chicago – but the story is all about sympathizing with his plight inside a retrograde institution that needs “reform” from the secular media:

God, what are you calling me to do here, prayed the priest. Come out, or stay in the closet? [Italics theirs.]

After 23 years in Chicago parishes, the question had pushed its way to the surface.

He weighed his options. He thought about his parishioners. Many, he knew, were accepting of gay people, even of same-sex marriage, but others — less so. He had grown up in a large Catholic family; he understood what people’s faith meant to them. He didn’t want to harm his flock, or the Catholic Church.

He wondered if he could be penalized in his job. And, in truth, he considered his status. He knew many Catholics had what he might call a romanticized view of the priesthood: Priests are supposed to be pure, almost above the world of sexuality, selflessly willing to give up creating a family of their own to serve God. This would mean falling from that pedestal.

Then, he weighed these factors against the impact his coming out could have on the lives of young gay people in treatment for addiction or who are suicidal, on the parents and grandparents who feel they must choose between their gay child and their church. For some, knowing their priest is gay — and at peace with it — could be healing, he felt.

He thought of his complex feelings. He had no ax to grind, and he wasn’t an advocate.

That last sentence is the phonest sentence in the entire story. This whole story is centered on a priest grinding an ax of advocacy. Fr. Shanahan was itching to celebrate in a sermon in 2008 when California judges okayed gay marriage, but decided against it because people would think he was gay.

But this is the most tabloidish guessing game in the article:

At a time when the phrase “coming out” is starting to sound almost quaint, the Catholic priesthood may be one of the last remaining closets — and it’s a crowded one. People who study gay clergy believe gay men make up a significant percentage of the 40,000 ordained priests in the United States, including some who believe they may even be the majority.

No one needs to take a poll. “People who study gay clergy” – and can we all guess which agenda they favor? – guess a majority of Catholic priests are secret homosexuals. This is one spot where I, for one, would have loved to insert an objection. Utter speculation on this personal an issue isn't usually an easily published matter.

The Post, like every liberal media outlet, wants to press Pope Francis into taking the Catholic Church in a more well, Episcopalian direction, a “modern” direction, and feels it’s unfair that the gay priest/advocate isn’t being heard:

Gay priests are invisible in this debate; the church does not research the topic. However, interviews with a dozen priests and former seminarians who are gay, and experts on gay priests, reveal a group of men mostly comfortable with their sexuality. Many express no urgency for the church to accept it. Some, however, say the priesthood remains sexually repressive; one said there is an “invisible wall” around the topic among priests.

So Boorstein talks to gay priest/advocates Warren Hall and Fred Daley and gay priests who go the anonymous-source route:

A Pennsylvania priest says he’s “quietly subversive,” speaking acceptingly of gay people but not to just anyone. Even the confessional is not a truly safe place for him to tell someone who is gay that it’s not a bad thing. “We have too much to lose. I’ve invested my life in this business.”

This may be the closest Boorstein gets to a criticism of the Post thesis, and as usual, is immediately dismissed:

Monsignor Stephen Rossetti, a D.C. priest-psychologist who helps seminaries create materials about sexual health, said there is a hesitancy today to admit people [to the seminary] who are gay and that the percentage of gay priests has dropped. All other priests interviewed disagreed.

“They’re more conservative, but no less gay,” said the Pennsylvania priest of the incoming, younger generation of clergy.

Clearly, a man can be a good priest and struggle with same-sex attraction. Some Catholic men may even choose a life in the priesthood to combat this attraction. But a gay advocate going into the seminary is someone waging an internal war on an institution. It’s like a Washington Post intern plotting to turn this institution into a right-wing newspaper. And they would never do a story on closeted conservatives inside the Post walls.

Boorstein ended the story as it began, with the priest’s advocacy: 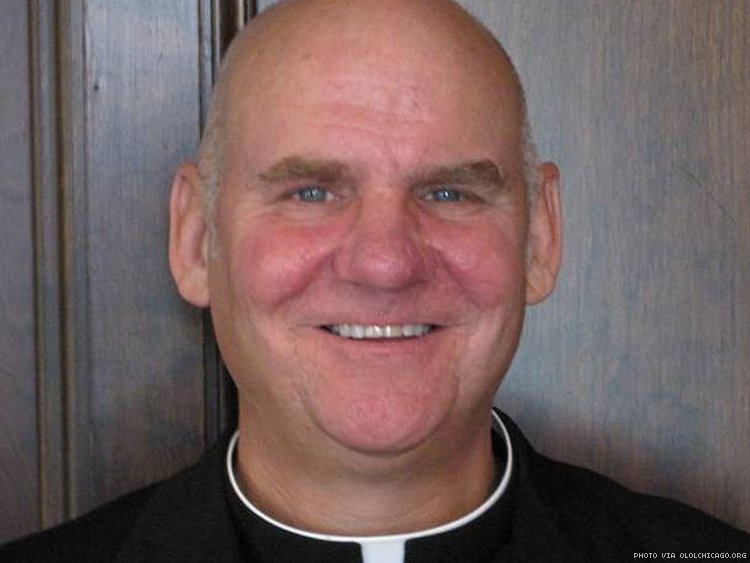 “There’s a level of witnessing here that’s important for me to do. The Christian faith has a lot to say about the underdog, about the marginalized or the leper, the blind, the lame, the ostracized woman prostitute, widow, the little one,” he said.

Prayer has led him to believe this article is part of that witness. He has decided he wants to be known: His name is Michael Shanahan.

The Christian faith, at least the orthodox kind, begins on the Scriptures, and while they certainly speak of compassion for the marginalized, they are not unclear on the sin of homosexuality. That doesn’t mean a Christian shouldn’t have compassion for homosexuals, but it does mean they are not expected to surrender to every demand of the gay agenda.

Terry Mattingly at the blog Get Religion suggests the Posties are upset this “liberal” Pope isn’t moving in their “reform” direction: “It would appear that the Post team is becoming frustrated that Pope Francis appears to be in the second camp that I described above, the one in which Catholic clergy believe the church's teachings are correct, but that changes are needed at the level of pastoral care and apologetics.”