Talk about cozy. Democratic donor Gayle King on Monday lamented the non-2020 campaign of Democratic donor Oprah Winfrey and the fact that the talk show host passed on moderating a Democratic debate. CBS This Morning co-host King joked about support from Jesus if Winfrey decided to run: “Oprah said that Jesus would have to call her in order to do that. I told her, ‘Jesus called me, What should I say?’”

Co-host Tony Dokoupil wondered, “Do you regret not running?” Co-host Anthony Mason quizzed, “Did you seriously consider” a bid? Winfrey explained, “I was actually also asked to... moderate one of the debates.” King added, “I thought you should.”

When it comes to King and Winfrey, all roads lead to the Democratic Party. In addition to both being Democratic donors, King attended then-President Obama’s birthday party and vacationed with the family. Winfrey made it clear on Monday, again, that she is not running in 2020. But in 2018, when the chatter was much more intense, CBS spent 28 minutes over three days touting the talk show host. 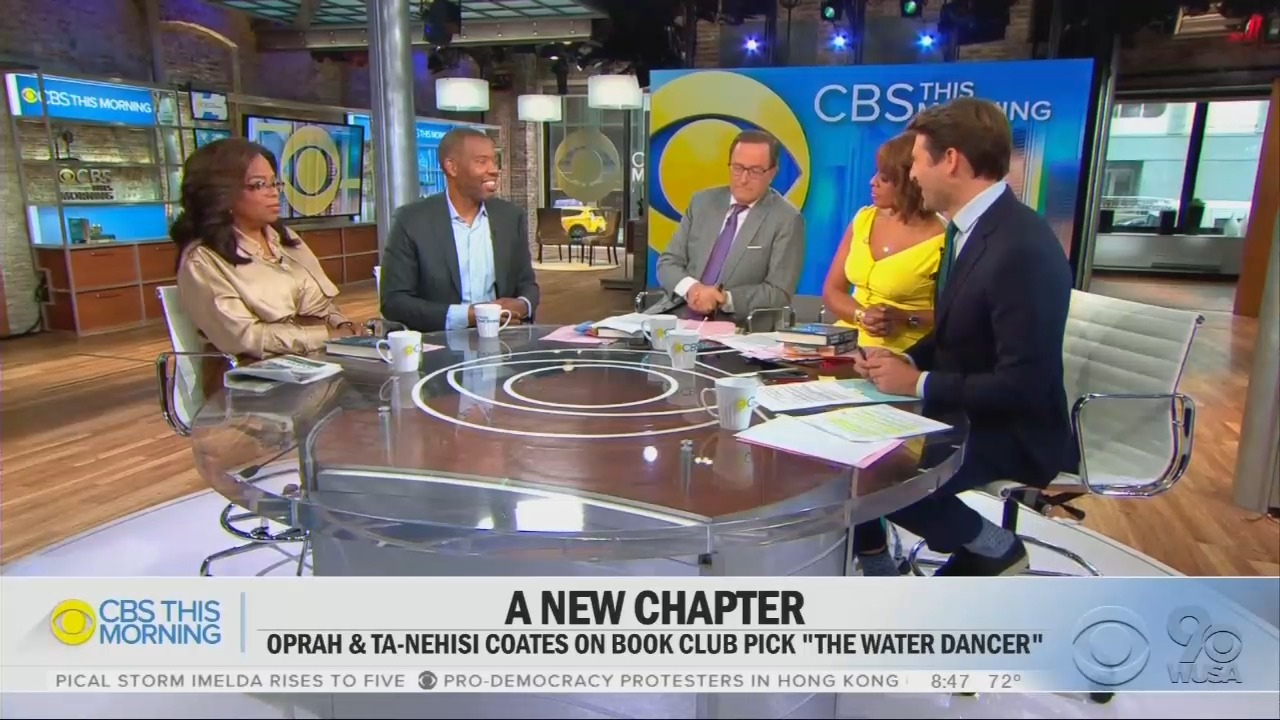 On February 15, 2018, King admitted that she was lobbying her fellow liberal to run for president against Donald Trump. On March 6, 2018 the CBS co-host absurdly said she could be “impartial” on a Winfrey 2020 bid. On the same program, however, King pleaded her friend to run: “But I also think you have a unique ability in terms of healing and connecting all people.”

In November of 2018, CBS This Morning’s Nancy Cordes issued this clarification after Winfrey began campaigning for Democrat Stacy Abrams: “We should note Oprah has been a part-time CBS News contributor for 60 Minutes, but she is stepping away from that role while she campaigns.”

GAYLE KING: She said that many times. Yeah.

DOKOUPIL: Do you regret not running?

OPRAH WINFREY: Oh my — when I'm watching the debates, I was actually also asked to be —

KING: To moderate one of the debates.

WINFREY:  — to moderate one of the debates. And I didn't each want to do that.

KING: And I thought you should.

WINFREY: And Gayle was like, “You should.” When I'm watching the debates, I'm, like, so happy I'm not in any of it.

MASON: Did you —  did you seriously consider —

WINFREY: No, I didn't. I never did. Because it's the kind of thing I think you feel in your —  your gut, your soul, your being –

DOKOUPIL: A disturbance from one of the mics. [Noise on set.]

WINFREY: You know if that is the thing you're supposed to do in your life.

DOKOUPIL: Care to explain the sound?

KING: Oprah said that Jesus would have to call her in order to do that. I told her, “Jesus called me, What should I say?” But you also have a very interesting take. You said, “If you were running, you would only focus on what you would do for the country.”

KING: As opposed to all the negativity.

WINFREY: I think a lot of the candidates make the biggest mistakes. And certainly this happened in the previous election. You know, there's —  there's a law, natural law that says what you give your attention to expands. So you should not talk about the other guy because you only empower your opponents when you talk about them. You should talk about what you are going to do, and as little as possible not discuss what the other guy's doing.