Joy Behar Decides She Likes the Bushes, Forgets She Smeared Them as ‘Murderers’

In the wake of the funeral of Barbara Bush, The View co-host Joy Behar on Monday has decided she likes the political dynasty. They’re so unlike the “con men and thugs” in the White House now. Apparently, Behar has forgotten that she previously smeared various Bush family members as “murderers,” “liars,” connected to Nazis and compared George W. Bush to Islamic terrorists.

Reacting to a photo of the Bushes, Obamas, Clintons and Melania Trump, Behar reminisced: “This picture made me nostalgic for the America that I grew up in, basically, where there were statesmen running the country instead of con men and thugs.” Token conservative Meghan McCain marveled, “Even President Bush?” Behar responded, “Yes.”

Liberal media personalities always seems to love Republican and conservative presidents after they are long gone. They forget all the nasty things previously said. But we at NewsBusters haven’t forgotten. 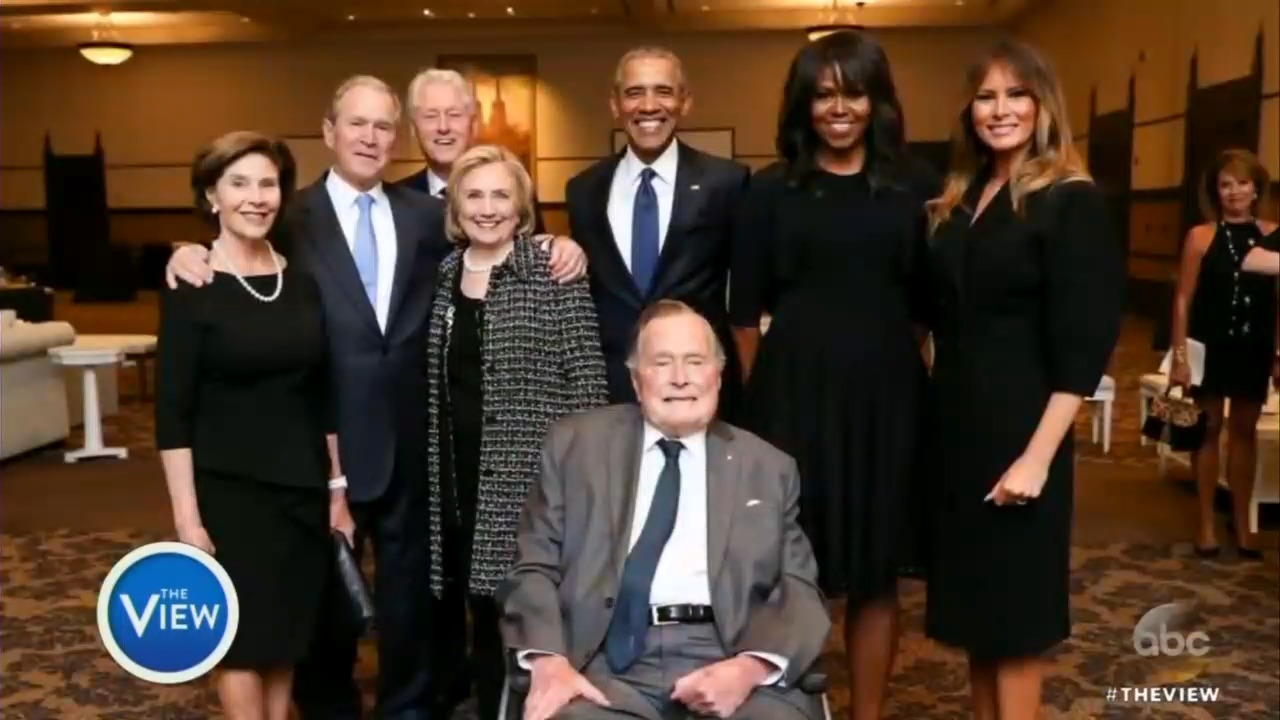 On February 28, 2007, Behar said of the George W. Bush administration: “I don't know what it’s going to take for people to really wake up and understand that they are liars and they are murderers.”

On April 29, 2010, the co-host smeared George W. Bush on the issue of prayer: “But remember, George Bush is the one who said that God told him to go into Iraq. The same as that terrorists say that Allah tells them. And what's the difference between them and Bush I'd like to know.”

On May 19, 2008, Behar lashed out that George W. Bush had “no business” speaking to the Jews because his grandfather Prescott Bush was some sort of secret Nazi sympathizer. She slimed: 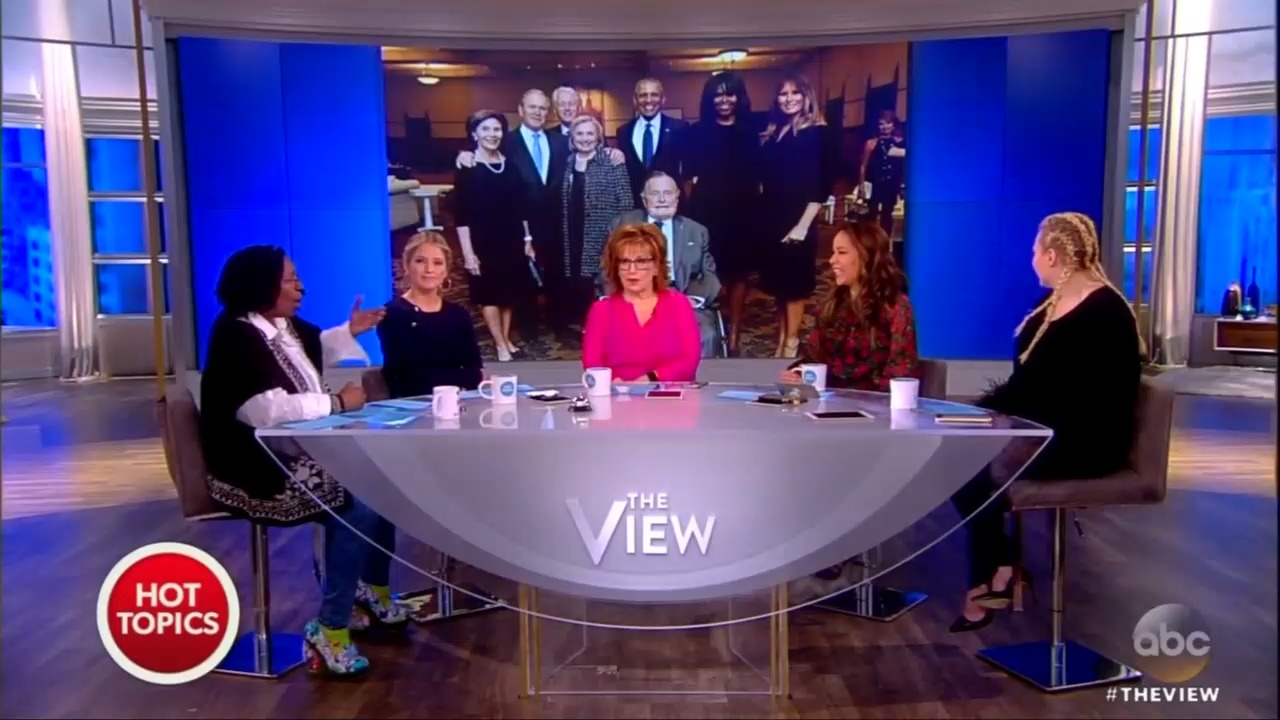 It’s very interesting and ironic that George Bush Sr’s, George Bush, this one, his grandfather, this one, the late, I don’t like to speak ill of the dead, but in this case it’s fun. [laughter] He was a United States senator, Prescott Bush, okay, he was a director and shareholder of companies that profited from their involvement with the financial backers of Nazi Germany, okay? This is his grandfather. He has no business talking to Jewish people when he’s got this right in his back yard, this guy.

Later in the show, Behar insisted that, somehow, none of the people in the picture “denigrated the press.” Feeling nostalgic, she reminisced: “That's one of the main reasons why we should be looking at that picture and understanding what we had.”

WHOOPI GOLDBERG: So, Barbara Bush was laid to rest this weekend, and this photo of George H.W. Bush surrounded by his son, George W.  and wife Laura, the Clintons and the Obamas and the current First Lady, Melania Trump, sparked very different reactions. Some saw a portrait of folks putting politics aside and honoring an incredible woman. And others saw the old guard that was drained out of the swamp by the guy in the White House. I don't know what swamp you're talking about. The swamp is just as deep as it was last time. There's no draining. So I mean, what do you guys see?

JOY BEHAR: This picture made me nostalgic for the America that I grew up in, basically, where there were statesmen running the country instead of con men and thugs.

SUNNY HOSTIN: I loved the photo of President Obama with Melania trump because she had this really genuine smile on her face and I was seeing —   that one. When I saw on Twitter, it said something like, when you go Barack, you —  and I just loved it because she was sort of one of those birthers and you can see he was sitting next to her, they were getting along and he just seems to be a very forgiving person.

BEHAR: Not one of those people in that picture denigrated the press. I think that differentiates all those from Donald Trump. They didn't like the press. There were many acrimonious moments where people got into trouble with the press, you know, even George W. and Clinton. They were not happy. But this guy goes after the press as if the press is the enemy and makes up fake stories. That's why they're different from him. That's one of the main reasons why we should be looking at that picture and understanding what we had.