Who better than Hillary Clinton’s vice presidential nominee to respond to James Comey’s book tour? Tim Kaine and fellow partisan Democrat Adam Schiff were the only politicians brought on CBS This Morning, Monday, to comment on Comey’s hour-long interview on ABC. Co-host John Dickerson tossed this softball to the man who was almost vice president: “Let me ask you about James Comey. Hillary Clinton said he shivved her. How are we supposed to take this new revelation?”

Dickerson offered criticism from Comey, but only when it was about the ex-FBI Director possibly causing Clinton to lose: “He said he had to speak out to make sure there was integrity for her presidency. Is that part of his job as the FBI director?”

In the 8am hour, Schiff, the ranking Democrat on the House Intelligence Committee, appeared. O’Donnell offered ANOTHER softball: “Your committee is investigating Russian interference. So, you're familiar with what Comey has said in the past. What did you learn from his interview?” 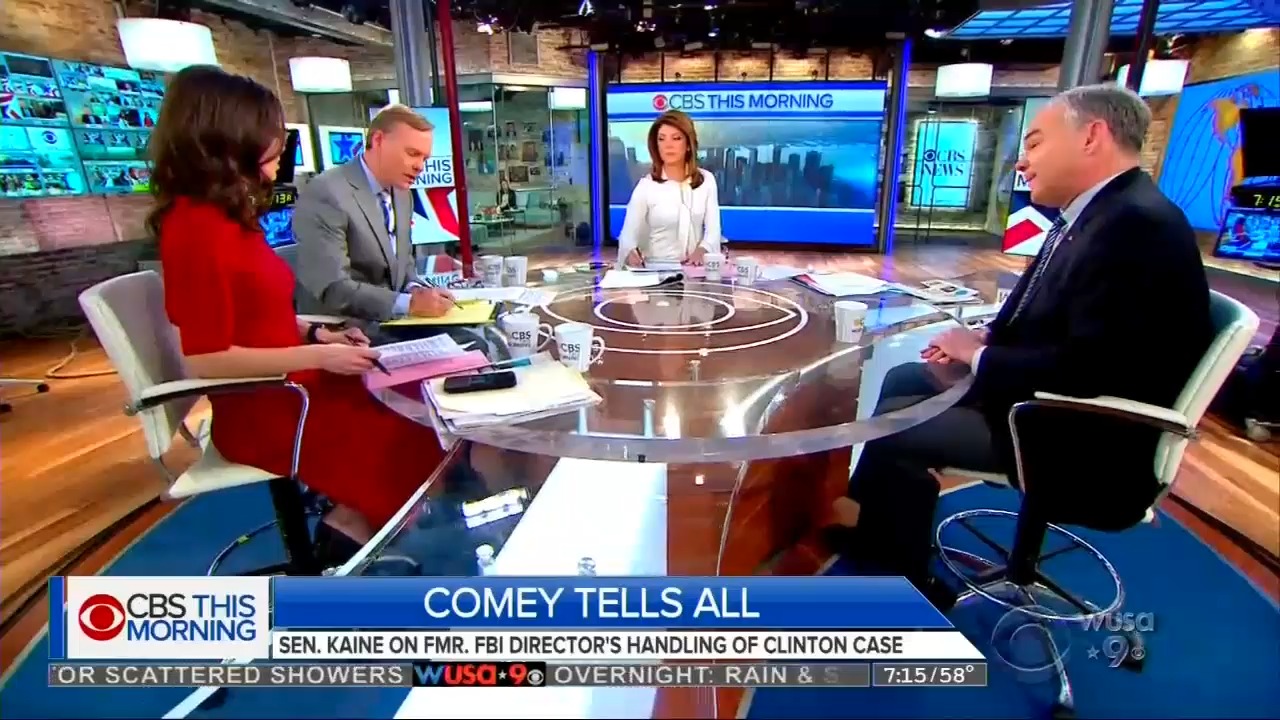 Something the FBI director did is he hinted at the possibility that the Russians have something that could blackmail President Trump but he offered no evidence. Based on everything you've seen, what is your take?

You said after his decision to reinitiate the investigation into Hillary Clinton’s e-mail, “This was a very serious error in judgment.” The Republicans are using that now. So if he is capable of that serious an error in judgment, why should people listen to him now?

If Dickerson was really interested in this question, however, he might have had someone other than liberal Democrats to react to Comey.

A transcript of the Comey interview is below. Click “expand” to read. 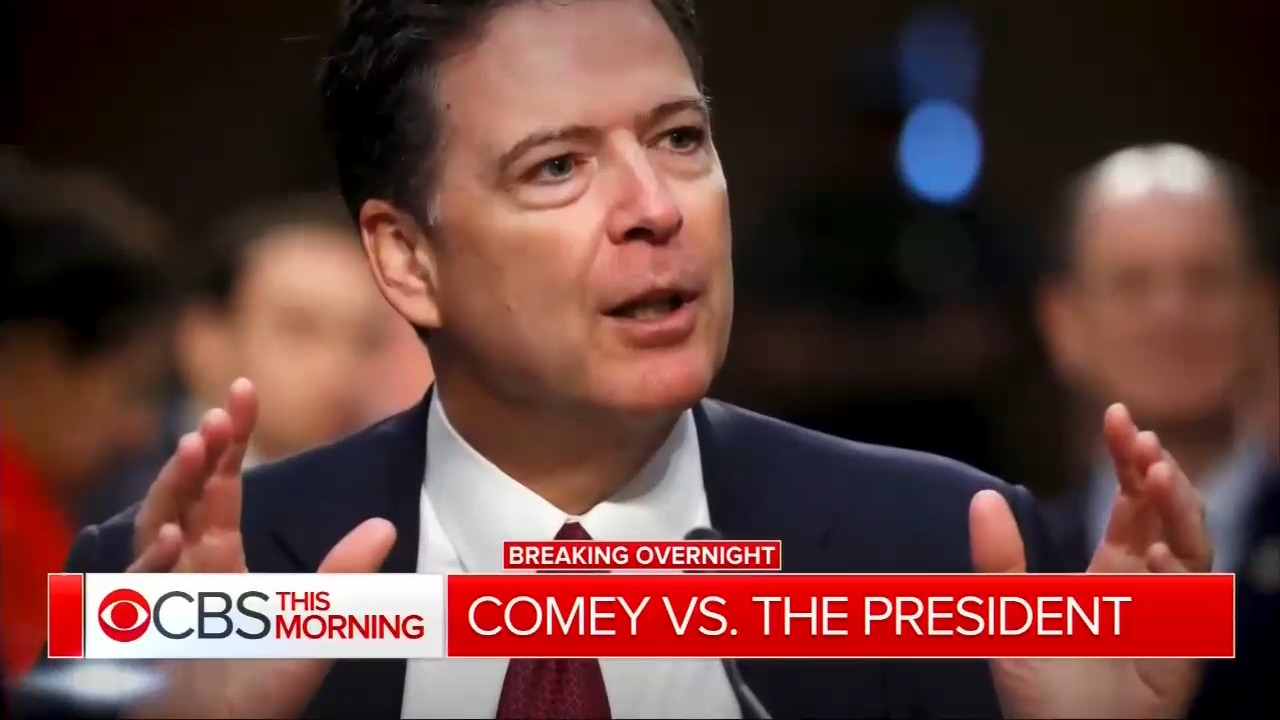 JOHN DICKERSON: Let me ask you about James Comey. Hillary Clinton said he shivved her. How are we supposed to take this new revelation?

SENATOR TIM KAINE: I don't think Jim Comey was trying to effect the outcome of the election. I think he made a real blunder by violating two rules the FBI had with Hillary Clinton and following two rules with Donald Trump. The FBI had two rules. Don't talk about the pending litigation and don't put controversial material before the public right before an election. He did that with Hillary Clinton. He didn’t do it with respect to Donald Trump. I think it was more about protecting his reputation than it was about trying to effect the outcome of the election.

DICKERSON:  He said he had to speak out to make sure there was integrity for her presidency. Is that part of his job as the FBI Director?

KAINE: No, it's not part of his job, but if was going to do that, why wouldn’t he have spoke out about the Trump investigation? Which had been ongoing at the FBI as well. There is a clear double standard. But, look, I believe he was not trying to impact the outcome of the election. I think he was trying to protect his own reputation.

NORAH O’DONNELL:  Do you think it impacted the election?

KAINE: There were a lot of things that did. And I suspect it had some impact. But I walked back into my Senate office five days after I introduced Hillary in New York for her concession speech and when I crossed the mantle into my office I realized this job has gotten much more important than it was before the election. So I'm focused on things like Syria, trying to rein in an executive who wants to wage war without Congress. That’s what I’m focused on.