Well, that’s awkward. CBS This Morning on Thursday offered a report on the “pervasive sexual harassment in the politics world.” The tone and message of the segment was clear: This must be taken seriously and stopped. Yet, later in the show, co-hosts Gayle King and Norah O’Donnell delighted at a smiling picture of fellow co-host Charlie Rose and... Bill Clinton, a man accused of harassment, groping and rape.

Earlier, O’Donnell informed, “Some of California’s most influential women are speaking out against what they call pervasive sexual harassment in the political world.” Reporter Bianna Golodryga added, “Enough is enough. And California is home to some of the most powerful women in politics including its first House Speaker Nancy Pelosi.”

To her credit, Golodryga pointed out the hypocrisy of California politics, saying “...Hidden beneath the veneer of the state’s progressive image in Sacramento lies the ugly epidemic of sexual harassment.”

Yet, given that the of the segment is “pervasive” sexual misconduct in politics, mentioning Bill Clinton and his accusers (Juanita Broaddrick, Paula Jones, Kathleen Willey etc.) would have been the honest thing to do. 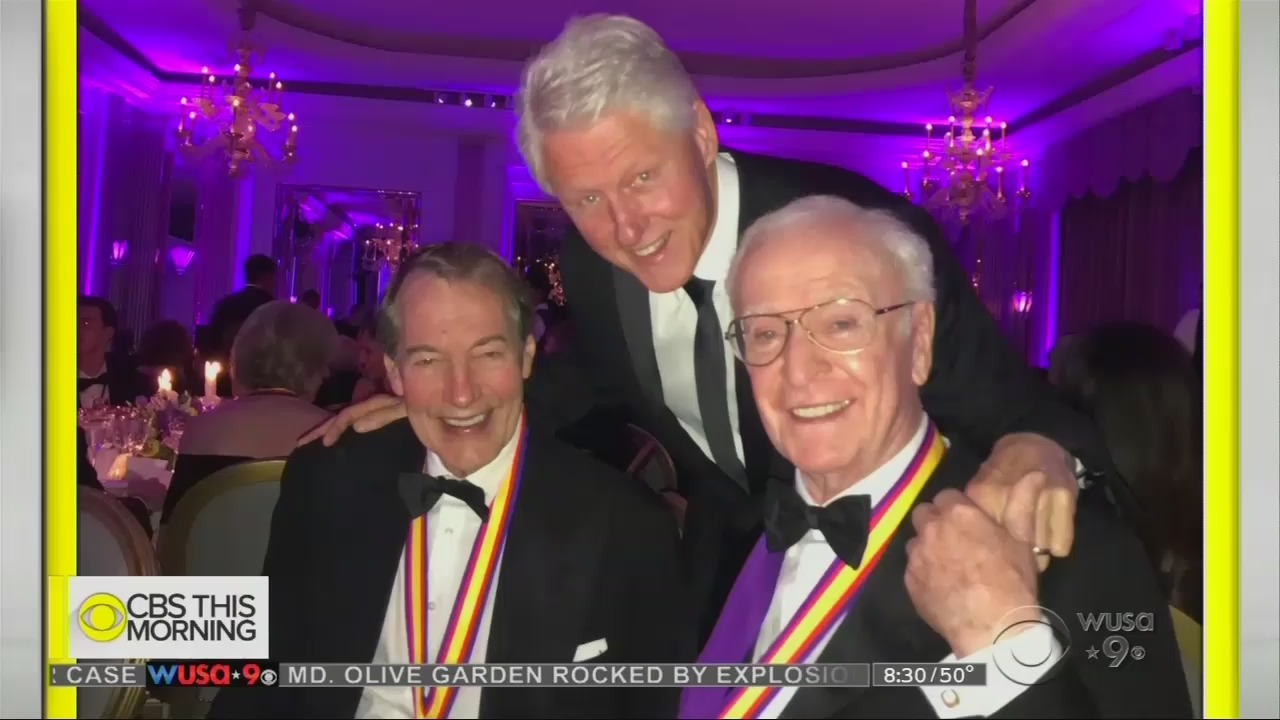 Instead, the co-hosts cheered Rose appearing with the ex-President at an award show in London. Gayle King hyped, “Look at this group, guys, with Charlie along with special guest at the ceremony. That’s former President Bill Clinton.”

Well, perhaps standing up to sexual harassment is only important some of the time?

[The hypocrisy on CBS This Morning was sponsored by Hoover vacuums, Visionworks and Excedrin.] 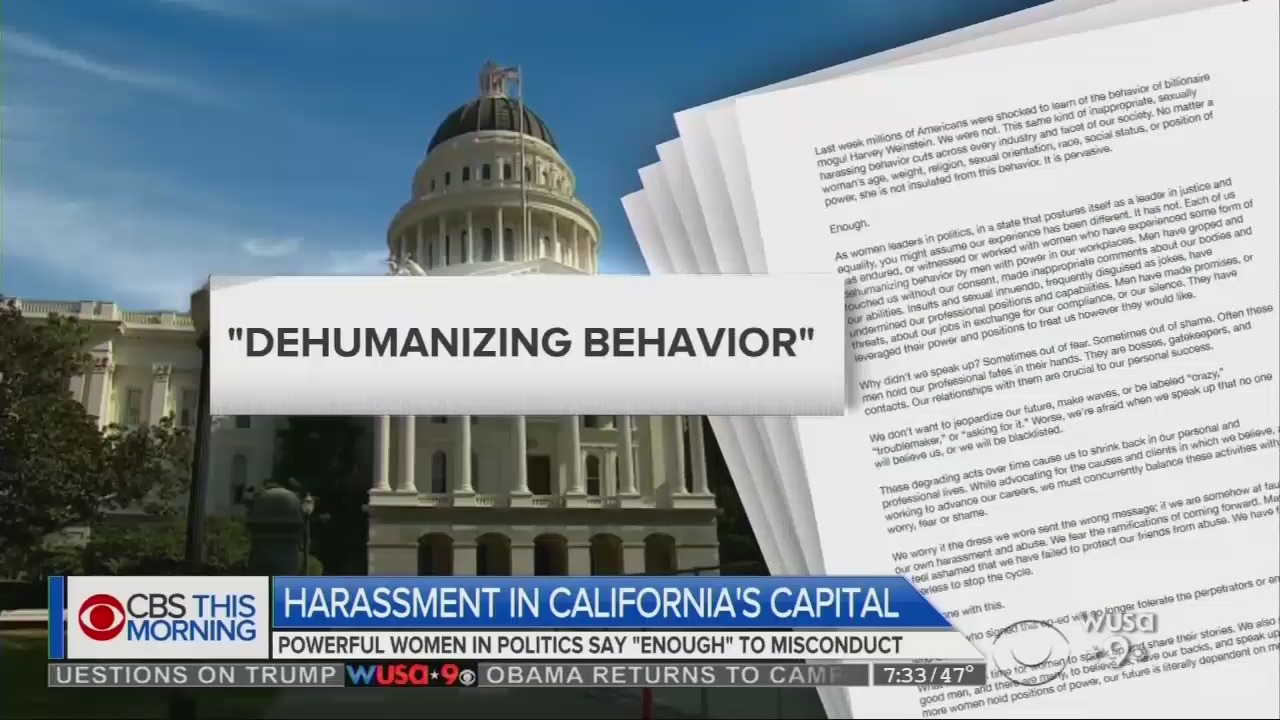 NORAH O’DONNELL: Some of California’s most influential women are speaking out against what they call pervasive sexual harassment in the political world. 147 women, including lawmakers and lobbyists signed a public letter detailing inappropriate behavior. In part it says “enough.” The letter follows allegations of sexual harassment and abuse from dozens of women against disgraced Hollywood movie mogul Harvey Weinstein. Bianna Golodryga is here with how the women in politics found their voice. Bianna, good morning.

BIANNA GOLODRYGA: Good morning. That one word just sums it up. Enough. Enough is enough. And California is home to some of the country's most powerful women in politics including its first House Speaker Nancy Pelosi. But according to some women working at the state capitol, hidden beneath the veneer of the state’s progressive image in Sacramento lies the ugly epidemic of sexual harassment.

GOLODRYGA: As a lobbyist in Sacramento, Pamela Lopez says she's been a victim of sexual harassment. The most disturbing incident happened about two years ago.

GOLODRYGA: Lopez, along with 140 other women, issued a letter blasting what they called dehumanizing behavior.”Men have groped and touched us without our consent, made inappropriate comments about our bodies and our abilities. Insults and sexual innuendo, frequently disguised as jokes, have undermined our professional positions and capabilities.”

CRISTINA GARCIA (California State Assembly member): You touching my body in a way that's not welcome is harassment.

GOLODRYGA: Democratic State assembly woman Christina Garcia said a lobbyist grabbed her inappropriately five years ago and that's one of the reasons she signed the letter. Garcia says the issue of sexual harassment is not only non-partisan, she says it shouldn't even be a women's issue.

GARCIA: It's not our responsibility. It's how do those with power, how do they fix this problem?

GOLODRYGA: The fallout of the Harvey Weinstein scandal has prompted lawmakers from around the world to tell their stories, from a former South Dakota state senator sharing her experience on Facebook to a Rhode Island state representative told prove Providence Journal, “I have been told sexual favor would allow my bills to go further,” adding “it's someone with high ranking position.” Authorities are now reviewing her allegations.

EMILY MARTIN (National Women’s Law Center): Everybody needs to take this seriously as something that is still way too common and work and requires bold action to solve.

GOLODRYGA: We asked some of California's top lawmakers about the letter and they all condemned sexual harassment. The women behind the letter are now turning it into a public campaign, creating a website where other women can share their stories. And you know, they said they'd been mentoring each other privately for years. This is the first time they've come out publicly and said, “You know what? We’re just not going to respond to this behavior and give women tips as to how to respond to it.” We want to put this to an end.

KING: This is good that this is happening. Very good.

GOLODRYGA: It is. So pervasive.