The journalists on CBS This Morning on Thursday continued to look for any angle to attack Donald Trump on his response to Hurricane Harvey. The same network that was, just days ago, wondering if the President would be disruptive by visiting Texas is now criticizing him for not visiting flooded areas. On Thursday, Major Garrett derided, “Mr. Trump was criticized for not mentioning those killed in the storm during his Tuesday trip and for not visiting any floor-ravaged areas.”

Portraying Trump as uncaring, Garrett continued, “The fact that he saw no damage first hand did not stop him from claiming on Twitter he witnessed, quote, ‘first hand the horror and devastation caused by Hurricane Harvey.'”

Offering another snarky aside, the journalist chided, “The Vice President during his visit to Rockport today will, unlike the President, visit with victims of Hurricane Harvey and witness first hand actual damage.” 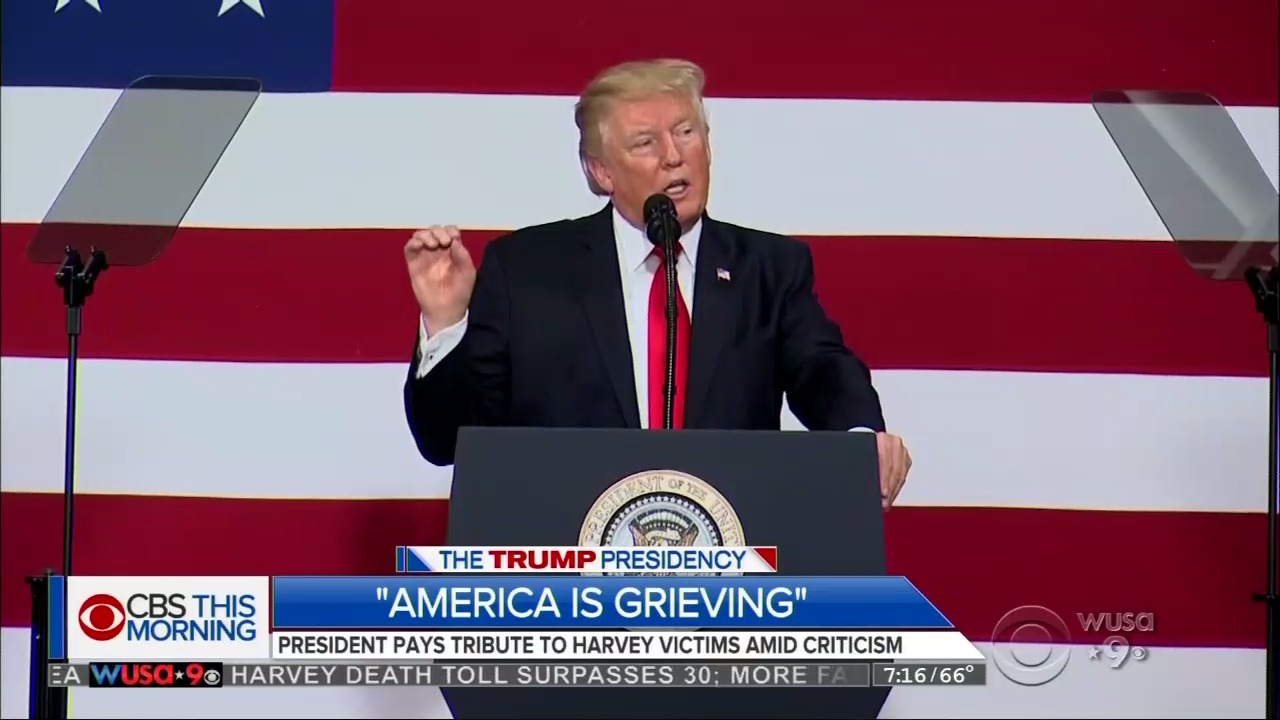 Yet, on Monday, This Morning co-host Gayle King made the opposite argument, worrying to Texas Governor Greg Abbott that Trump would be a distraction:

Governor, the President has said he will be traveling to Texas as soon as a trip can be made without causing disruption in the wake of this hurricane. Right now, he's scheduled to come tomorrow. Is that the best time for him to come?

Abbott specifically explained Trump’s travel plans to the host: “The place he will be going to will not be Houston. So, it will not be getting into harm’s way or interrupting the evacuations or emergency response in the Houston area.” 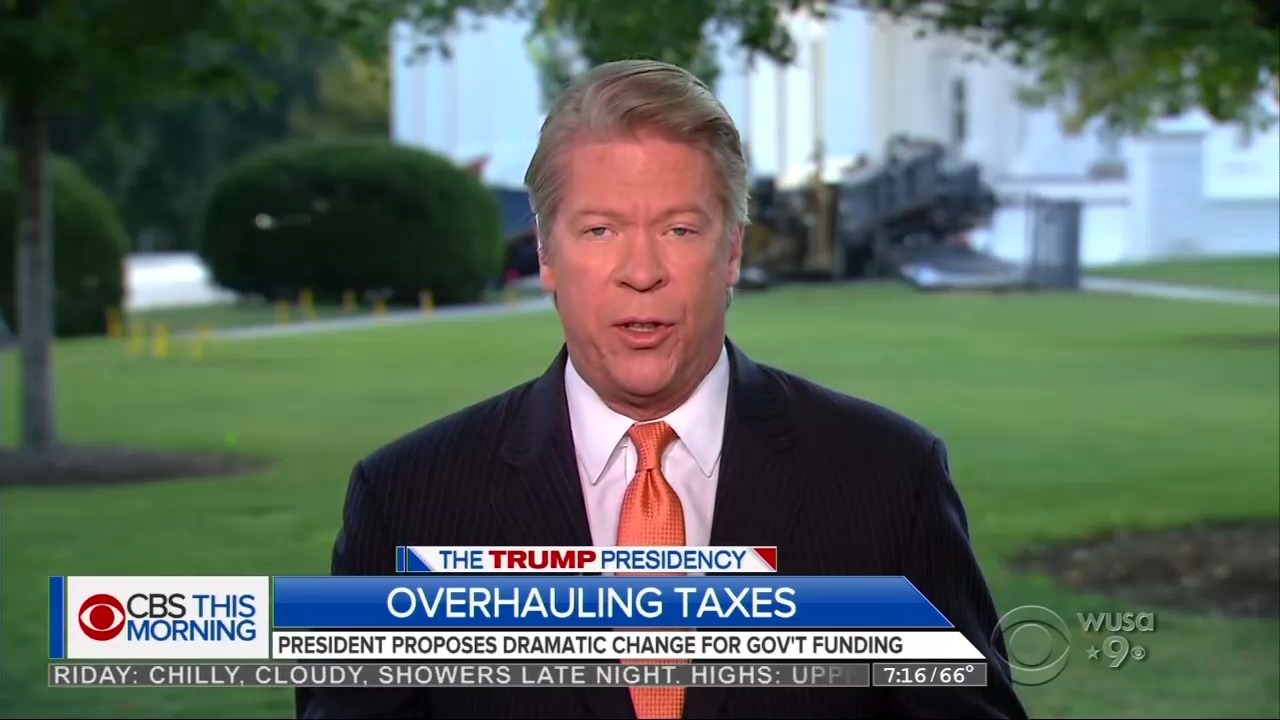 CBS wasn’t the only network trying to have it both ways. On MSNBC, Monday, Katy Tur scolded, “[Donald Trump is] going to Texas tomorrow and there's real concern that his going there is going to have to divert, at least a little bit, some resources away from the rescue effort and toward him.”

Which is it? Is Trump going to Texas too quickly and being a distraction for rescue workers? Or is he selfishly not seeing enough of the state? It can’t be both.

Of course, the answer seems to be: Whatever harms Trump and the Republican agenda. On Wednesday, CBS This Morning guest co-host Margaret Brennan excitedly wondered if Harvey will derail the GOP on taxes and building a wall.

[CBS This Morning’s bias was sponsored by Macy’s, Osteo Bi-Flex and Advil.]

MARGARET BRENNAN: Vice President Pence will go to Texas today to visit people impacted by Harvey and to see the damage. President Trump sent a message of reassurance yesterday during a pitch for tax reform plan at a factory in Missouri. Major Garrett is at the White House. Major, good morning.

MAJOR GARRETT: Good morning. Amidst the Havoc that is Hurricane Harvey, President Trump is trying to generate real momentum for tax reform. Yesterday's speech in Missouri was one of many road show speeches on that topic. The White House is scrambling to pass the tax cut before the end of the year, but there’s less time than means the eye. Only 48 legislative days in the House and Senate.

GARRETT: While rescues in the aftermath of Harvey continue in Texas and Louisiana, President Trump flew to Springfield, Missouri to campaign for massive tax cuts. But first he addressed Harvey’s wrath.

TRUMP: To those Americans who have lost love ones, all of America is grieving with you.

GARRETT: Mr. Trump was criticized for not mentioning those killed in the storm during his Tuesday trip and for not visiting any floor-ravaged areas. The fact that he saw no damage first hand did not stop him from claiming on Twitter he witnessed, quote, ‘first hand the horror and devastation caused by Hurricane Harvey.’ On tax reform, the President promised relief for the middle class.

TRUMP: We want to help them take home as much of their money as possible.

GARRETT: But his plan largely includes cuts for the wealthiest Americans, including reducing the corporate tax rate from 35 percent to 15 percent and lowering taxes on profits made oversees. But before Congress even addresses tax reform, it must pass a budget, secure funding for Hurricane Harvey relief and raise the debt ceiling. With several House Republicans sitting in front of him, the President said this is a chance for Congress to redeem itself after the failure to pass ObamaCare repeal.

GARRETT: Tax reform, will, by necessity take a back seat to Hurricane Harvey relief. And the Vice President during his visit to Rockport today will, unlike the President, visit with victims of Hurricane Harvey and witness first hand actual damage. Maurice?