CBS: Is Women’s March ‘Comparable to Anything in History We Have Seen?’

The journalists at CBS This Morning on Monday fawned over the Women's March on Washington from the weekend, devoting eight minutes and 36 seconds to it. Co-host Charlie Rose marveled, “Is it comparable to anything in history that we have seen?”

Liberal journalist Alex Wagner and New York Times correspondent Jodi Kantor reported on the march. Kantor gushed, “Part of what was impressive was how hand made it felt. The pussy hats that women stayed home and knitted, the signs they made themselves.”

These are signs that CBS featured: President Trump kissing Vladimir Putin with the caption, “Lock him up.” Another of Trump as a crying baby with the words “narcissistic toddler.” 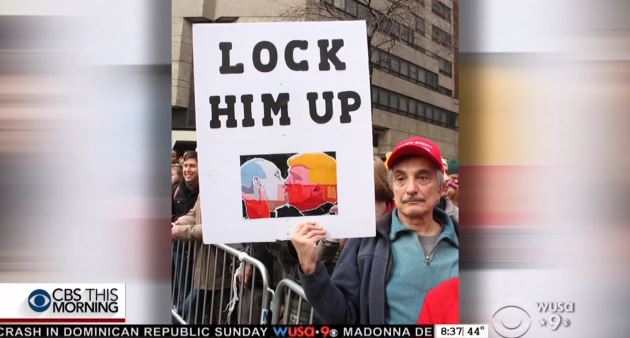 Some of the “impressive” signs not featured: “If I wanted the govt in my vagina, I’d screw a senator,” “Pussy grabs back.”

Kantor lauded, “I think what's special about this, what's distinctive about this, was the day after a president's inauguration, to see so many people around the country and the world rise up and say ‘We are fundamentally not okay with this man being president.’”

Wagner excitedly called it a “preemptive strike, if you will, not just nationally, but internationally.” 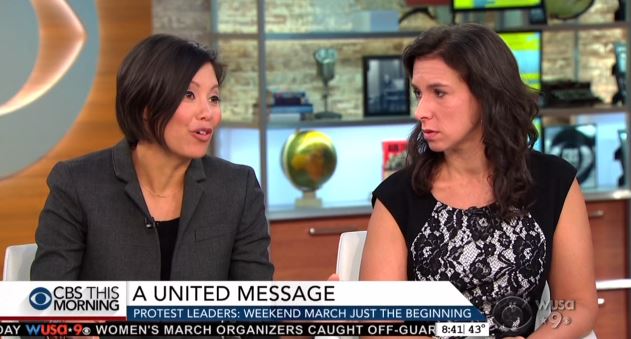 KING: On the train coming home night, here were a lot of pink hatted people on the train and they said on a scale one to ten, they would have given the March an 11. That there were no arrests. That it was peaceful and they think their message was heard. What stood out for you? 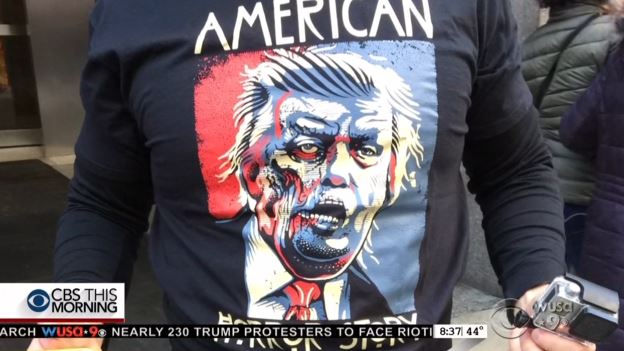 KANTOR: Turn out beat expectations not only in big cities like New York and Washington and L.A, but really across the nation and the world. I talked to women who marched in places like Cheyenne, Wyoming, small towns in Minnesota, in Pennsylvania. I want to tell you the story about a librarian named Michelle Barton in northern Minnesota. She was so stirred by the idea of the march she decided to March herself. She was going to hold a placard and go down the street of her town solo all alone.

KANTOR: In the end, 60 people joined her. 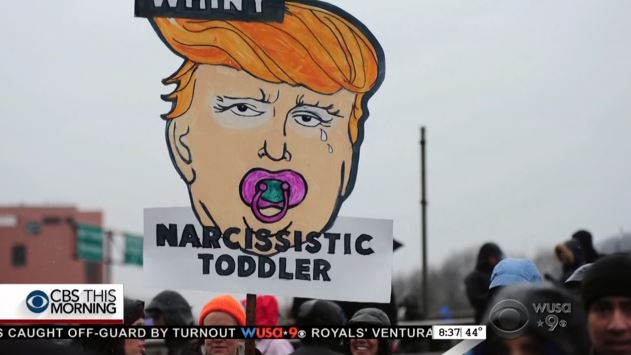 KANTOR: That's the question. If you looked at the signs which was a fascinating project all my itself this weekend, there were so many different causes represented. But the uniting factor was an almost vitriolic opposition against President Trump. My colleagues wrote about this in today’s paper and they quoted a Democrat saying Trump is the cure. Not meaning Trump is the cure to the nation's ills but Trump is the cure to democratic —

KING: I kept hearing organizers say this is not an anti-Trump rally. This is about women speaking out. It certainly didn't seem the case when I was watching.

ALEX WAGNER: They focused a lot on intersectionality. That this was the coalescence of a number of causes whether that was immigrants rights, reproductive rights or free speech. In the end, the tone and I think Jodi saw this, too, was overwhelmingly anti-Trump. The thing that was most interesting to me about the work going forward was the fact that a lot of the women were grandmothers, mothers and daughters. This was an intergenerational, almost happening. These women will continuing conversations at home and fully intended to continue conversations nationally as activists.

KANTOR: Well, President Trump tweeted the same idea. He said did all these women vote? And many of them probably did. I think it goes to the diversity and the huge divide in the country.

O’DONNELL: Leading candidates for the Democratic National Committee, were any of them there?

KANTOR: No. In fact, my colleague Maggie Haberman reported they were at a weekend retreat for donors.

O’DONNELL: What does that say about the future of a political party trying to harness the power that was on display?

WAGNER: Well, I think it is complicated, right? This is a day after the President has inaugurated. And I think Democrats have been focused on a peaceful transition of power. I think elected officials, while they may have voiced their support privately, didn't feel it was appropriate to stand at the foot of the White House on President Trump's first day protesting his future administration.

KANTOR: But it also did show an energy, organization and as Alex said, an inter-generational approach that the Democratic Party didn't have.

KING: So is it a legitimate movement now? Is it just a one-off? Back to Charlie’s question, what happens now?

KANTOR: There were certainly the stirrings of it. Part of what was impressive was how hand made it felt. The pussy hats that women stayed home and knitted, the signs they made themselves. What a lot of people said about the signs is that these hand-made signs feel so much more authentic than the kind of mass produced Hillary signs that people waved at the convention.

ROSE: Is it comparable to anything in history that we have seen?

KANTOR: I think what's special about this, what's distinctive about, this was the day after a president's inauguration, to see so many people around the country and the world rise up and say “we are fundamentally not okay with this man being president.” When I interviewed women —

ROSE: Because we think it puts at risk things that we believe in.

WAGNER: A preemptive strike, if you will, not just nationally, but internationally. The size of these crowds around the globe. You look at the New York Times map and there are dots covering planet Earth. These are people uniting for a man who had one day in office.

KANTOR: Yesterday, I asked a lot of women were asked what they wanted out of this going forward. They talked a little bit about the causes. What they really said I want a different president.

ROSE: I hear that. And I’m asking, could it begin there and become something larger in terms of the empowerment of women, in terms of a whole range of issues that are crucial for women and their place and their opportunity to participate in the world that we live in?

O’DONNELL: Can I weigh in on that? I think in the next two weeks, we are going to see a choice by, by President Trump for the Supreme Court. What those, what that judge, justice or person's view on abortion may also add to that. What happens with the repeal of the Affordable Care Act, whether that repeals the preventative measures that have gone in place that allow women free or covered birth control.

KANTOR: But the other side is would some of the women who marched be willing to work with Republicans? For example, many Republicans are now in favor of paid family leave and the Trump administration may have some sort of proposal on that issue. Would the marchers back that or do they want to basically oppose everything this president does?