The network evening and morning shows seem to have badly misplaced priorities. ABC, CBS and NBC have already devoted 10 times more coverage to the Olympic swimmer “scandal” than they did the bombshell admission that the Obama administration linked the release of four American prisoners and a $400 million payment to Iran.

Thursday night and Friday morning, the networks pounced on the report that Olympian Ryan Lochte and three other swimmers may have fabricated some or all of an alleged robbery in Rio de Janeiro. This garnered a whopping 37 minutes and 31 seconds. In comparison, the cash payout to Iran, which looks suspiciously like ransom, only amounted to a scant 3 minutes and 46 seconds. 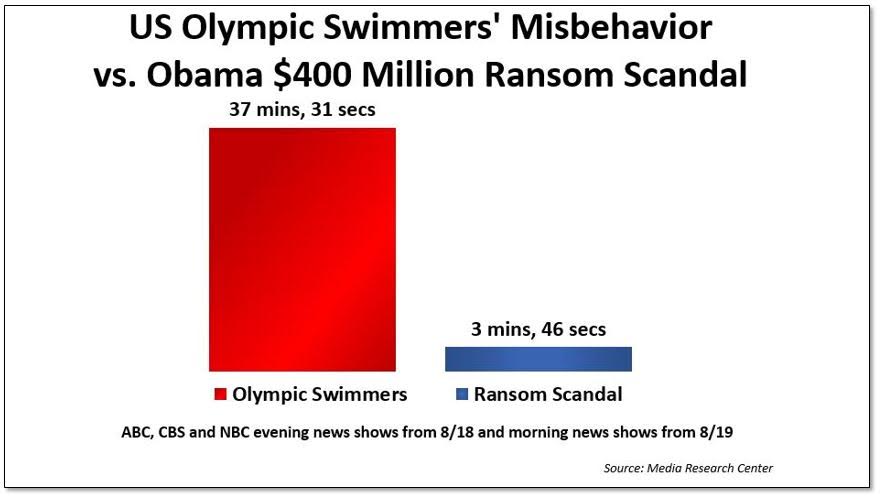 ABC offered the most amount of coverage on the Olympic controversy, which may amount to no more than vandalism, and the least for this potential scandal for the Obama administration. World News on Thursday allowed just a scant 25 seconds on Thursday. Friday’s Good Morning America totally skipped the story. Yet, these two shows devoted 16 minutes and 19 seconds to the swimmers. 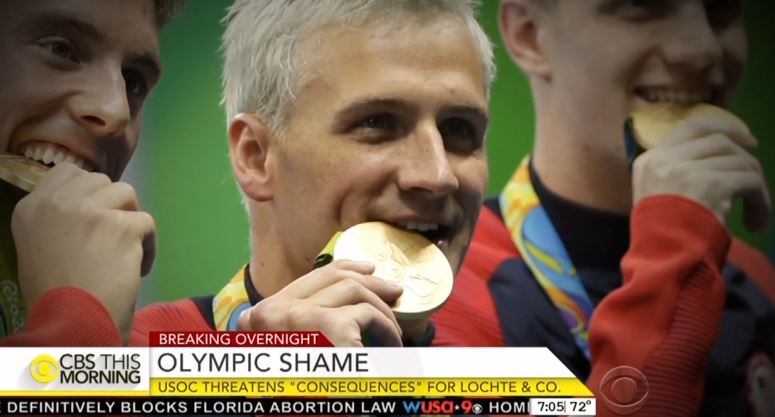 GMA co-host Robin Roberts breathlessly opened the show by explaining the latest update on the “scandal” of the day: “Breaking news as we come on the air: Two of the U.S. swimmers at the heart of the robbery scandal arriving back home moments ago.... What the new surveillance footage reveals.”

NBC examined the actions of Lochte and the other men for 14 minutes and 9 seconds. The details on what the New York Times referred to as a “leverage” payment resulted in just 1 minute and 12 seconds during the Nightly News and the Today show.

CBS provided the least amount of coverage for both stories. The swimming scandal, called "Olympic shame" in a network graphic, created 7 minutes and 3 seconds worth of reporting. The Iranian payment resulted in just 2 minutes and 9 seconds.  The CBS Evening News provided a full report on the cash “leverage,” but the only mention on CBS This Morning came during a segment on fact checking candidate claims.

Talking to the Washington Post’s Glenn Kessler, co-host Margaret Brennan tried to exonerate Hillary Clinton in any culpability. After Kessler found the timing of the payment suspicious, Brennan defended the Democrat: 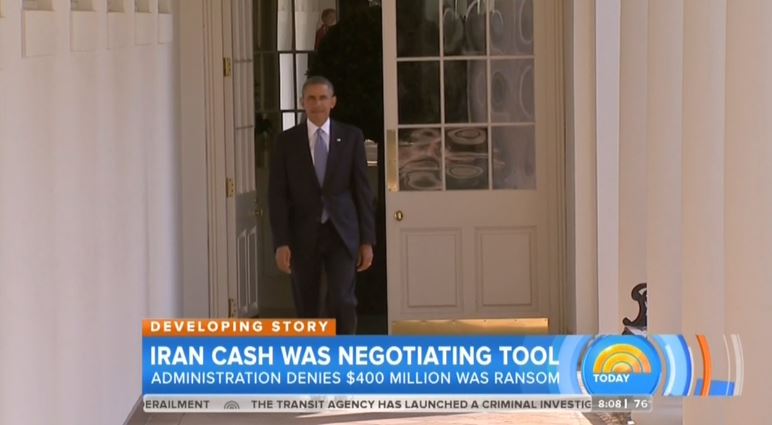 MARGARET BRENNAN: Well, that is on the question of ransom. But this was negotiated by John Kerry. Not Hillary Clinton, right?

GLENN KESSLER: Right. Hillary Clinton had nothing to do with this transaction. So, if you are blaming Hillary Clinton, that might be worthy of Pinocchios.

In what world is an Olympic swim “scandal” 10 times more important than a questionable $400 million payment to Iran in return for prisoners? Journalists like to think they speak truth to power. But when Democrats are involved, they aren’t very interested in raising their voices.

[Special thanks to the MRC's Mike Ciandella and Kyle Drennen for research assistance.]